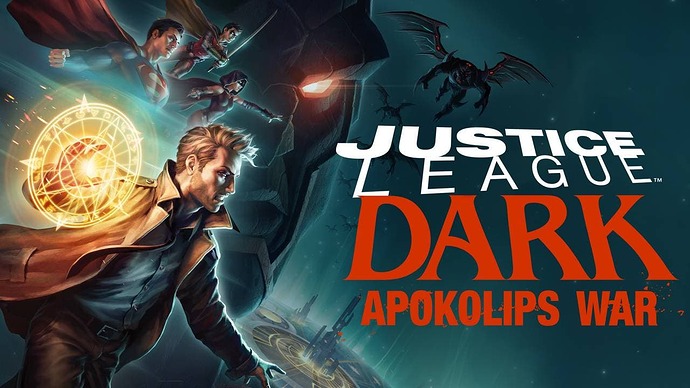 @JusticeLeagueBookClub, and all others who like their animation rough and ready to kick BUTT!

For this go-around, we’re taking a look at the final movie in the New 52 DC Animated Universe, 2020’s Justice League Dark: Apokolips War!

If you’ve rumbled in one of our ever-so-fun watch-alongs before, you know the plan of attack. However, if you’re new to “battle” via this WAL, then read on for all of the fun details!

What to scream for: Justice League Dark: Apokolips War. This flick is rated R, and will absolutely give the horror hounds in the audience that which they seek.

When and where to scream for it: Friday, October 15th at 6 PM Pacific/9 PM Eastern, and in this thread.

How to happily scream along with ye 'ol watch-along: Justice League Dark: Apokolips War is available on physical and digital home video formats, while also streaming on HBO Max. However you prefer to take part in viewing the Justice League’s final battle to reclaim the Earth, please be on time for when we push Play, and bear witness to the spectacular battle between the valiant forces of good with the Justice League and the monstrously evil forces of Apokolips.

There you have it, hearty harpies, jolly Jack O’ Lanterns and kooky spookies! Mark your calendar, stock up on candy and get ready for a smashing good time, as October 15th is the day the Justice League fights back!

found the next watch along @Vroom

The gif reminds me of what the Hulk did to Loki in The Avengers!

The gif reminds me of what the Hulk did to Loki in The Avengers!

Hulk smashes the smash out of Loki, to which my sold-out, midnight showing theater cheered with wild applause to

If Hulk can smash an arrogant jackass into the ground, then Superman certainly has the right to do so, as well.

It’s funny you should say that, because without getting into spoilers (not sure who all has seen it), but Apocalypse War is kind of a mix between Avengers Endgame and some of the Knightmare aspects that was hinted of in Zack Snyder’s original Justice League plans.

It’s a pretty good movie, but also a pretty hard movie for the kind of stuff these animated superhero movies do, if that makes sense. I probably won’t be able to watch it with you guys, but it would be really interesting to talk about.

Remind me to post an interview one of the main producers of this movie (and responsible for the whole New 52 animated universe movies) on Word Balloon last year, because it kind of explains a lot of what this movie ends up doing.

The difference between AW and Endgame? I liked this conclusion.

That’s one reason why I enjoy it so much. You wouldn’t expect a Justice League movie to be this dark and violent, but it shows that not every story has to be PG-13, and that when the **** hits the fan in a hardcore way, the Justice League are just as apt to deal with that as they are when Felix Faust gets a twist in his shorts that the League can deal with in five minutes or less on any given day.

Remind me to post an interview one of the main producers of this movie (and responsible for the whole New 52 animated universe movies) on Word Balloon last year, because it kind of explains a lot of what this movie ends up doing.

Eager to read this! I love the behind the scenes interviews and such for these movies.

It’s actually a video/podcast interview! If you have interest in comics and podcasts, I highly recommend it – it’s been going on for a long time and they get amazing interviews from some of the best in the industry.

If you have interest in comics and podcasts

Podcasts ain’t too shabby either. Have you seen Only Murders in the Building, on Hulu? It centers around a podcast and is a great show.

Less than 8 hours until WAR arrives!

steps into what seems to be a quiet room

Oh man, sorry to see this didn’t go anywhere. I was kind of looking forward to looking at the conversations later to see some “Oh hey, here’s that character I really lo–oh, now they’re dead.”

Here’s the interview I was talking about earlier. The line I remember about the process of doing Apokolips War was comparing it to being kicked out of an apartment and putting uncooked meat in the walls in revenge. 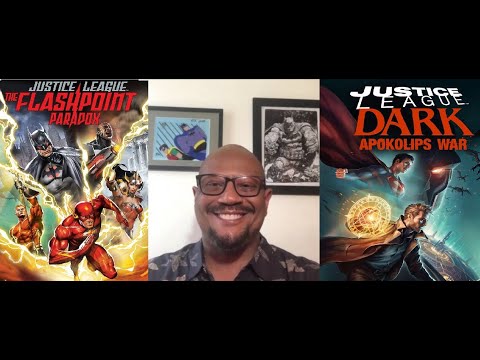 You know, it not going anywhere actually worked out VERY well for me.

I had a raging headache at start time, and I really wasn’t in the mindset to do a watch-along. But…trooper I am, I showed up for it, and on time.

After waiting 30 minutes to see if anyone would show, I said “Good. Now I can go take some Aspirin, grab dinner and get some shut-eye.”

Sometimes, things work as they should. Destiny is funny like that.

Here’s the interview I was talking about earlier.

Much obliged! I’m looking forward to this.