Krypton SFX supervisors Graham Hill and Jonathan Martin along with exec producer Andrew Cholerton did a remarkable job in bringing a (mostly) canon correct version of Doomsday to the small screen- very well done. In fact, this version of the Kryptonian clinically created juggernaut far surpasses the version we saw on Smallville and most assuredly the Batman V Superman version (ugh

) we saw on the big screen a few years back. 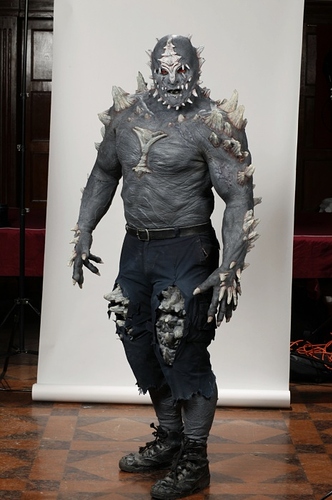 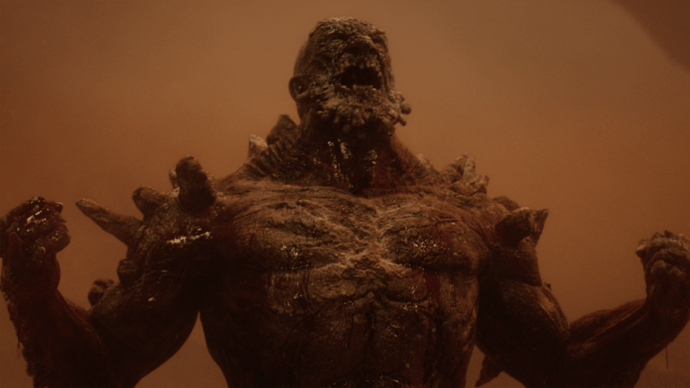 I loved “Zods and Monsters”, but there were some minor inconsistencies.

I dug it. I’ve never delved into any of the comics about Doomsday’s origins, so I really only know him from the Death of Superman arc, but what they put on the show worked for me.

From what I researched in the comics, he was born a genetic mutant and was tested and resurrected to become an Unkillable Being. That part was shown in the show. What the show failed to do (or, at least properly) was explain that it was never a Kryptonian- it was born a monster, and thereby, he didn’t have a somewhat inconclusive reason as Black Mercy explaining his sole thought being hate and destruction. In the comics, each time he was resurrected, he became more hateful. I apologize if that explanation was incoherent. Hopefully, someone who read the source material can provide a better, scholarly response.

The Doomsday in Dawn of Justice never bothered me as much as everyone else because it’s a Doomsday but not THE Doomsday. They say in the movie and the in-universe documentary on the Man of Steel Blu-Ray the real Doomsday is an ancient evil and is still out there.

I prefer a version that’s neither a Kryptonian person who also falls in love, as well as not have his mind be warped by Black Mercy.

You’re somewhat correct on what Doomsday is:

So, an alien scientist named Bertron found the most inhospitable planet he could. Toxic atmosphere, searing temperatures, and an incredibly dangerous species of hyper aggressive predators. Once there, he cloned a humanoid infant.

Then they shot the infant out an airlock.

The infant died instantly and Bertron’s scientists took the DNA of the clone and cloned another infant, which they also shot out of the airlock.

Time and time again. Evolving the DNA as they went. The creature became known as “The Ultimate” and one day, they shot it out of an airlock, and it lived. It hunted all of the monsters on the planet to extinction. Then it returned for Bertron.

The DNA remembered being killed over and over and over. It slaughtered all of the scientists with mad bloodlust. Only escaping the planet by happenstance.

The planet Doomsday was created on, and the genetic base for Doomsday, was Krypton. He was technically the first Kryptonian.

Doomsday has always been nothing but pain and bloodlust personified. He has no drive other than to kill. He has no need for oxygen, sleep, water, or food. He has no internal organs and can regenerate from even the smallest scrap of DNA. If he is killed he will regenerate to overcome whatever killed him.

He has no fear, remorse, mercy or even an understanding of such things. He exists only to kill anything in his path or that he perceives as a threat. Because of Bertron’s genetic experiments, the race genetically evolved into what we know as Kryptonians. Doomsday can sense the DNA of Kryptonians and will hunt them as he always perceives them as a threat.

I forgot about that part about the DNA from cloning. Based on that, the show definitely deviated.

This version of Doomsday was very reminiscent of Smallville’s whereas he was a person, a good person before becoming a monster, both inside and out.

loved the Krypton version. I think it was the most comic accurate they’ve done in live action.

Nope. The Guardians were not involved.

I know GL was involved in trying to defeat Doomsday (Guy, I believe). But, the Guardians don’t really get involved. Unfortunately, they’re almost as greedy as Larfleeze, but are better at hiding it.