Honestly, there is an argument here not just for kids to not wear costumes for adults to not as well. Anyone who puts on a mask and/or cape seems to think they are invincible and only bad things happen when people start thinking like that.

When why did you put on a costume son. Are you no longer proud of the family business?

You are a perfect example of what you just quoted from me. But I think that is a completely different ‘Change My Mind’ discussion.

Bring it on. I can work it in between saving the American Black Ant or whatever heroics I am doing in 5 minutes.

In real life, I would agree with Slade. Kids shouldn’t be superheroes, as it is much too dangerous. Of course, I also have to point out that Slade is probably the last person to talk about kids not being superheroes or supervillains. I mean, from his actions it seems pretty clear he doesn’t really care about their safety… Of course, while in real life I don’t think kids should be putting themselves in danger, I would miss reading the adventures of my various teen heroes.

Kids shouldn’t be superheroes, as it is much too dangerous. Of course

It is no more dangerous than being a normal citizen in our world of alien invasions every single day, criminals in every alley, and weird mutant monsters attacking at least once a week. As a superhero they are better at protecting themselves.

Of course, while in real life I don’t think kids should be putting themselves in danger,

So you are against automobiles.

A great big HUGE GIGANTIC grain of salt. One about the size of an old timey 1990s computer monitor. Mm hmm.

How about one the size of a projection screen TV?

Ah, the days when dropping a TV like that onto the floor could literally break a hole through the floor. More or less. 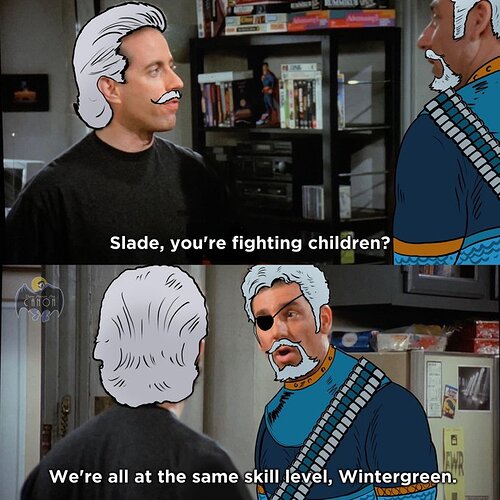 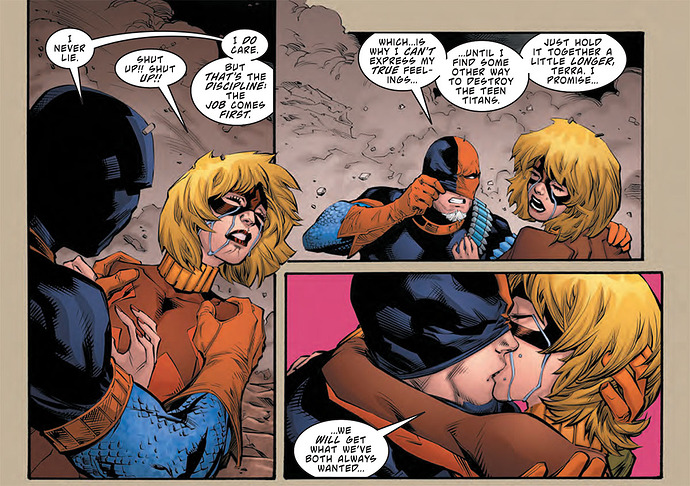 He doesn’t get to have an opinion. 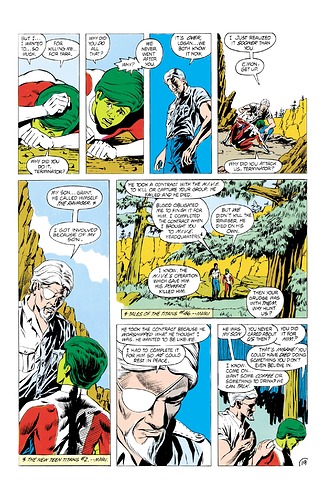 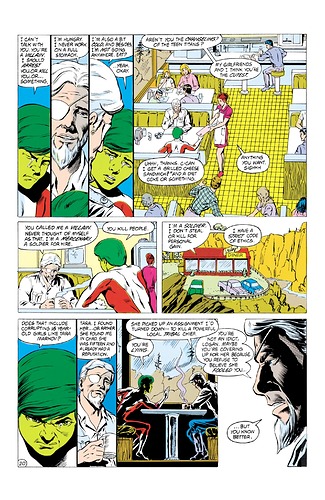 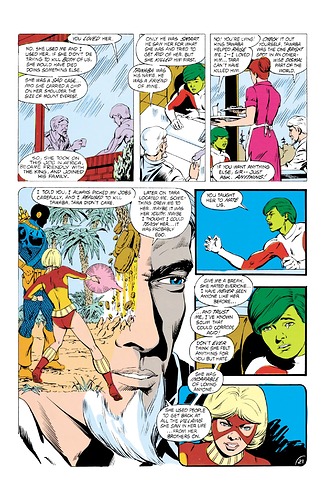 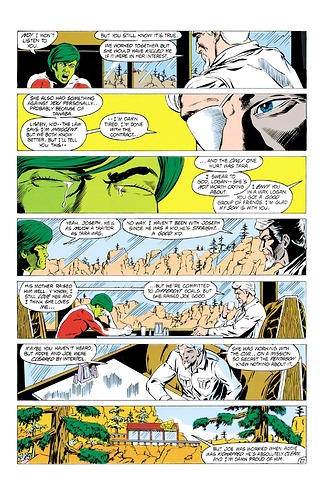 On the surface level, I think it’s a really good point. From an outside perspective, a guy dressing up as a bat and beating up criminals is already a little concerning, but when you see he’s got multiple pre-teens going out with him to fight mass murderers and gangsters it’s a whole lot more problematic. And I could even understand a villain who decides to attack Batman because he endangers kids, but as soon as you start attacking kids supposedly to protect them you lose any credibility.

I’m halfway there. I couldn’t agree with option #2. I get why he’s upset. But, he put all of his children in danger. Adeline Kane basically left him over Joseph/ Jericho got his throat slit. Cause he jumped the gun. Then he recruited Rose to kill the Titans. They all eventually left him.-& joined the Titans to get him back. I kinda think he overacted. He’s a killer for hire trained by Adeline with superhuman abilities. But, if anyone attacks back. He acts like that’s unheard of? I kinda would call him a hypocrite, who went too far. After someone did things to his kids, that he’s done to a long list of them?

Welp, I acknowledge your post @Davey_Dave, but in the end all these panels really do is emphasize what a cold blooded aloof and entitled sociopath Slade truly is. Yeah, Terra was a lot of bad things to a lot of people, mainly the Titans. She almost ended them- permanently. There’s no denying that. She had deep seeded anger control issues that she desperately needed professional therapy for in order to evercome. Sadly that help never came for her. But that doesn’t greenlight Slade’s decision to commit statutory rape on her and then reconstruct her into his own personal Titans extermination machine.

And his effervescent sociopathy is really on diplay full blast with the whole “I did it for her own good” gaslighting schtick that he unloads on Gar. Slade is truly awful in every way and I hope that someday Rose gets her head on straight and ends him. 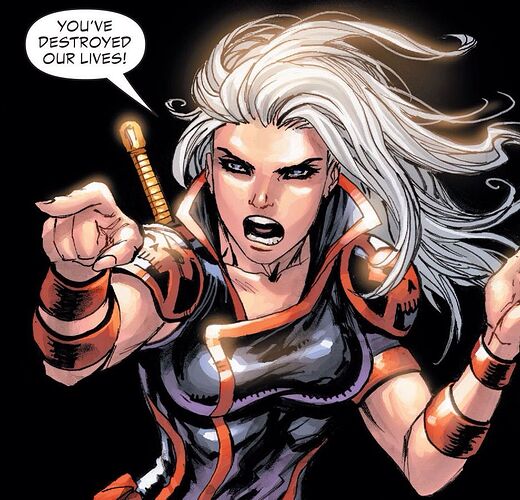 as soon as you start attacking kids supposedly to protect them you lose any credibility.