If you’re one of the pure of heart chosen to experience Shazam! tonight, pull up a chair!

If you’re anything like those of us here at DC Universe, you may be calling this the best DCEU film to date. Do you agree? What moments surprised you, scared you, made you laugh? What’d you think of that final shot before the credits, eh? And how about when they grabbed the [redacted] and shouted “[redacted]!” And did you tear up a little when [redacted] went to visit his [redacted] and she [redacted]?

Tell us every detail about your favorite moments, theories, and surprises!

My DCEU ranking with Shazam factored in:

I loved Shazam to pieces! John Glover playing Sivana’s dad was a neat surprise. For those unaware, his DC credits include Riddler on BTAS, Dr. Jason Woodrue in Batman & Robin, Riddler again but this time on TNBA and most famously, Lionel Luthor on Smallville. It’s not a DC production, but I also liked him as Daniel Clamp in Gremlins 2: The New Batch.

While the Sivana’s car crash was horrible, I did enjoy hearing “Do you hear what I hear?” at such a bravado volume.

In the scenes where Freddy and Billy are testing Billy’s powers, you can see Ace Chemicals in the background. I don’t know if that’s on purpose or just a coincidence in production design, but I took it as an easter egg and liked it.

The Seven Deadly Sins of Man were quite powerful and indeed scary in some scenes. The sound design for their voices was great and powerful.

I loved the climax when Billy’s foster brothers and sisters took their share of the power of Shazam. Darla was alot of fun, and I especially liked how she ran along the ferris wheel. Neat scene.

The animated inclusions of Aquaman, Flash and Wonder Woman in the end credits was fun as was that whole segment of the credits. Nicely animated and the music was perfect.

Overall, a wonderful joy of a movie! I look forward to seeing it again tomorrow night and soon again after that.

I guess now’s the time for a UNITE THE SEVEN box set.

I’ve said this to some of you previously, but the thing I love about Shazam! is its consistency. Wonder Woman and Aquaman may have higher highs, but there’s never a dull or off-color moment in Shazam! It’s got a terrific sense of pacing, which a lot of modern blockbuster movies really lack these days.

My only moment of disappointment: when I was the only one in the theatre who squealed when we first saw Mr Mind early on.

Mr. Mind was awesome. So glad there was more towards the end for him.

Loved the Shazam Family! I was hoping they’d do that.

Disappointed that we didn’t see Black Adam at the end. Although it was cool that they kind of hinted to him as the first champion.

The nods to Mr. Tawky Tawny were fun. Billy wanting the tiger at the carnival, he patch on his bag, the buttons holding his cape on (see image) and giving the tiger to the girl.

I was surprised that they didn’t include the DCEU character animation intro that’s been in front of the most recent films, Titans, etc.

So my ranking now is: 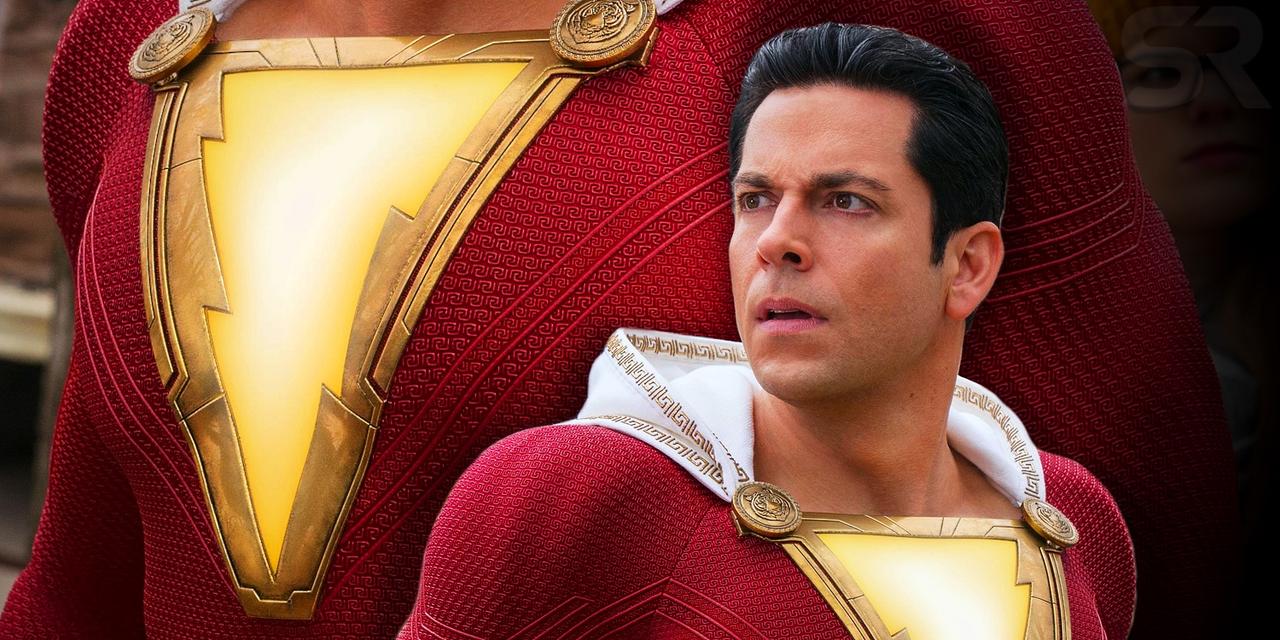 Mr Mind at the end OMG!!! By far my favorite part. This movie has me very excited for the sequel.

I definitely got excited seeing Mary, Pedro, darla, Eugene and Freddie turn into the Shazam family for the first time I actually wasn’t expecting that to happen in the first movie maybe a sequel. And I was really impressed seeing darla doing her thing as her Shazam kicking ass.

A really fun movie that I was overall impressed with!

Gonna be honest, I really loved Shazam. But I don’t know I just feel incomplete. All these rumors of actors leaving the DC movies make me sad. Like great movies like Shazam are made and then what? I’ll never see him interact with Affleck’s Batman (my all time fav), so it’s bittersweet. Or the ending was fun with Superman but not seeing Cavill kinda left me more concerned than laughing. I also wish it were Black Adam instead of Mr Mind but that’s just a nitpick. All that aside, the movie itself was fantastic and I loved it. Best part for me was the use of “Shazam” as a weapon against Sivana, and the slaughter of Sivana’s family like a horror film. I’m hopeful and concerned for what lies ahead, because in the end all I want to see are my fav heroes coming together (but better this time) and with the actors I know and love.

I enjoyed the movie. The humor was better than I expected.

My nephew seemed to love it. After the Superman “cameo” he said very loudly “That was my favorite part!”

I had so much fun!! It is definitely in my top 2 just under Wonder Woman for Worlds of DC films! I would love a sequel but think it honestly rocked on its own. Swell job DC, swell job!

My favorite part was when that one guy saw Levy in the Shazam suit walking down the street and goes, “I applaud your life choices!”

I just got back from the theatre and it was amazing! So much to unpack but I will always remember the reveal of the Shazam family and this one lady behind me screaming at the reveal of each character, especially Darla…and you know what? I was right there with her!

Blows my mind we get a movie with Captain Marvel, Mary Marvel, Captain Marvel jr, Dr. Sivana, with a cameo by Mr.Mind and a sort of glimpse of Black Adam.

But even better, it was an amazing movie!

Absolutely loved this movie! It was great seeing the Shazam Family in action.

I enjoyed it a lot! Just got home from seeing it actually! I have to say they did a wonderful job! Levi is a born man child, I could feel how much fun everyone had and it resulted in me having a blast watching. Darla stole my heart and I would watch an entire movie of such a good sister.

Seeing Mr. Mind was a really nice surprise too!!

It was super great! Debateably the best DC has done yet. I was fortunate enough to see it at an early screening. It was so touching but awesome at the same time. I love reading your guys comments. What a amazing community #realcaptainmarvel #bestcommunityever