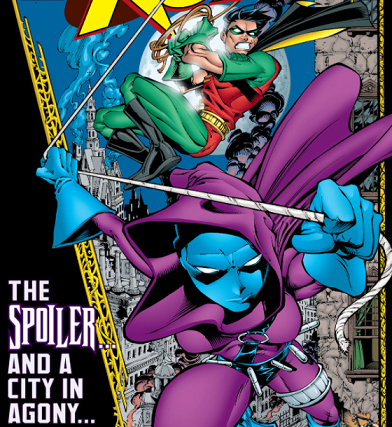 The Renegade Robins Club is experiencing a Cataclysm! Earthquakes abound in Gotham even as things shake up between Tim and Stephanie!

Discussion Question: What’s your take on the new development in Stephanie’s life as revealed in Robin #57? (I’d state it outright, but it’s a big spoiler!)

Did you enjoy Stephanie’s crossover with Huntress?

Thanks for stopping by! And if you want more from the @RenegadeRobinsClub, be sure to check out Damian Wayne in Teen Titan Once More!