Note: This debut session for Stephanie Brown is appearing in the General Discussion – Comic Books forum as a special premiere, but most club discussions can be found in the Community Events – Fan Discussions forum. If you have not checked out that section of the site lately, be sure to give it a visit! We’re always looking for more engagement!

The Renegade Robins Club welcomes a new hero to the stage: Stephanie Brown, the Spoiler!
This month, we are taking a peek at her classic origin story!

For now, I’m bringing back the “Background” section, this time re-dubbed “Spoiler Alert!”
Click the drop-down box to learn more than you care to know!

Question for Club Regulars: How does this origin story stack up against her revised origin in Batman Eternal?

General Discussion Question: Stephanie is motivated by her strained relationship with her father, the Cluemaster. Do you find this motivation compelling?

What do you think of Stephanie’s debut storyline?

Thanks for stopping by! And if you want more from the @RenegadeRobinsClub, be sure to check out this month’s reading of Robin Rises!

I love Steph, but I find myself really curious how Dixon thinks telethons work.

Hey, I’m sure he “researched” it every year on Labor Day, courtesy of Jerry Lewis.

Yeah, but like… they don’t… somehow teleport cash through the phone lines? Why would there be so much cash there?

Perhaps the wealthy Gotham elites were like, “Let’s donate our money ahead of time–and let’s use cash. That way, we can all admire our big tub of money.” 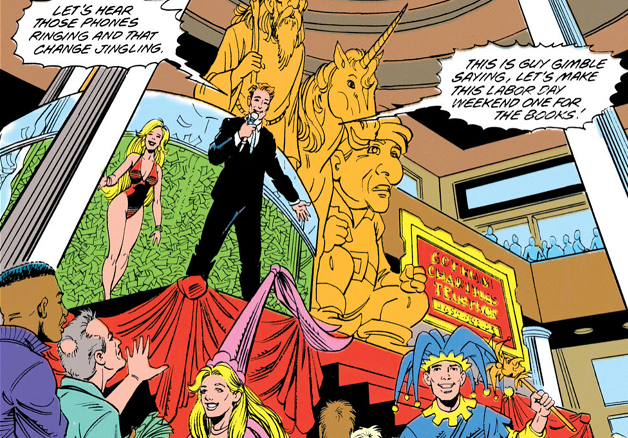 Now, it would be really funny if Cluemaster succeeded, only to discover that it’s prop money.

Now, it would be really funny if Cluemaster succeeded, only to discover that it’s prop money.

That sounds like the punchline to a particularly intense episode of The Honeymooners.

I’m not even sure if that’s an insult anymore.

lol, They don’t know how a brick to the face works either, but we have to roll w/ all of it for dramatic effect. 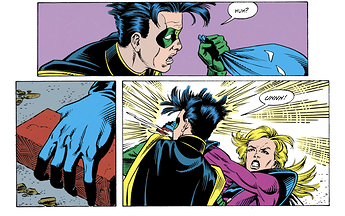 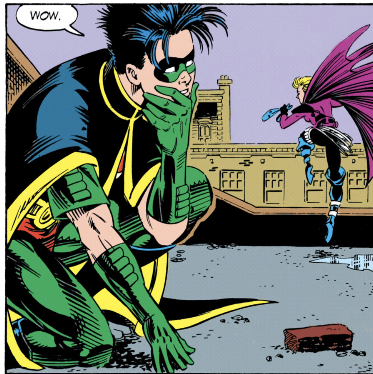 Ps. Did some rereads recently on Steph, so just gonna drop these here… I kind of accept that comic book characters are just more durable than regular humans, but the telethon thing wasn’t covered by my pre-existing suspension of disbelief XD

Agree. We have to, otherwise we couldn’t enjoy anything!

my pre-existing suspension of disbelief XD

Makes me think of the pyramid of money at the beginning of Ep1, Sn1 of HQAS. They’re just there to worship their own good fortune.

I’m sure that was part of Tim’s training in that 1991 Robin miniseries.

Oh, and thanks for the links!

lol, They don’t know how a brick to the face works either,

That’s one hell of a meet-cute.

This just shows how inexperienced Stephanie is at this point, because we all know that the best tactical weapon for such an occasion is Pocket Sand. 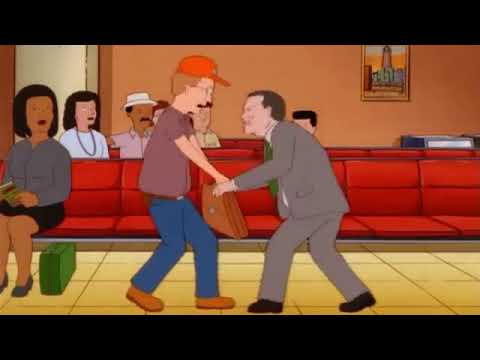 Also, I feel bad because I JUST realized the alliteration going on with the thread title.

I JUST realized the alliteration going on with the thread title.

Hey, if Christian Bale’s Batman gets to debut with an alliterative title…

I love both Tec 647-649 AND Batman Eternal, both for Steph’s amazing origins. I think the original story has the charm of “a tale that grew in the telling” - just a one off that became so popular that Steph kept showing up in Robin! The letters to the editor for these issues were often shipping Tim and Steph as well, which I think is hilarious (and appropriate

). Batman Eternal is a more “epic” story, with perhaps more flaws in some of the dead ending plotlines and the way the resolution is more the result of the villains’ plans than the hero’s, but it was still an amazing way to spend a year with my favorite characters. Plus, it brough be back to DC after three years of no DC at all (the n52 killed my interest with so many things, but one of the cheif things, of course, was the erasure of Steph from existence, so Batman Eternal bringing her back was landmark and extremely exciting).

Yes, I agree that Batman Eternal felt like somewhat of a return to the pre-Flashpoint era. It’s the part of the New 52 that feels the most like the Rebirth era to me.

And yeah, this first origin story feels small in comparison, but then again, most classic hero introductions are about one issue long, so maybe it’s not as small as it seems.

Coming in almost cold (I read The Court of Owls when it first came out, then stopped reading all DC), it did feel more like coming home than when I afterwards went and read most of the Bat-Line to that point. I still think it has some of the best characterizations for the Batfamily that are in it.

I’m sure that was part of Tim’s training in that 1991 Robin miniseries.

Oh, and thanks for the links!

Is it bad that I’m now imaging some crazy bat-training device where Tim gets tied down while Batman just slingshots bricks at his head?

lol We should all carry pocket sand—fact. But shes young. She’ll learn!

That’s one hell of a meet-cute.

Agree. They can tell this story to their great grandchildren maybe….?

“That, kids, is how I got my first concussion. Oh, and how I met your mother.”

Oh my Lady Stephanie…I adore her.

To answer your general discussion question heck yeah I find her motivation compelling. Its simple and clear cut without all the angst normally associated with other heroes like Batman. She just wants to ‘spoil’ her father’s plans.

As for your other question honestly I couldn’t even finish Batman Eternal because I was suffering from Synder burn out by that point. One of the few things I liked about it though was the return of Steph. Having said that though nothing beats the original origin for the character in my book.

“That, kids, is how I got my first concussion. Oh, and how I met your mother.”

That made me laugh.