Son of Kal-El: The Story of Jon Kent 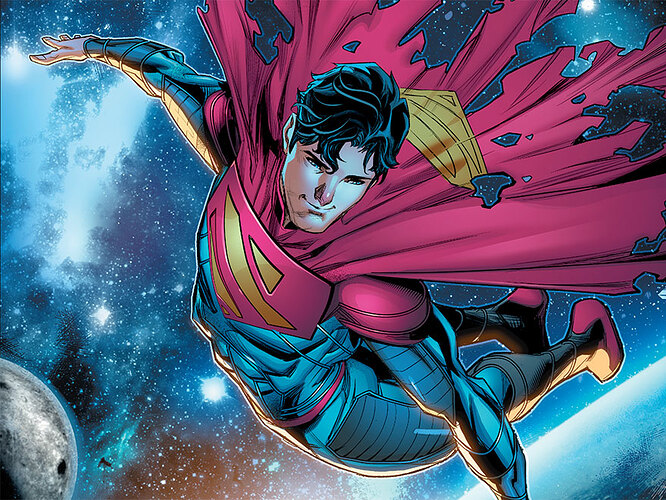 What do you do when your father is the world’s greatest superhero, your mother is a hard-hitting journalist with a nose for trouble, and your best friend is a bite-sized assassin with a chip on his shoulder? Welcome to the life of Jonathan Kent, the son of Superman. Jon has come a long way, and now he’s taking the next step of his heroic journey in a new series called Superman: Son of Kal-El. As we prepare for the next phase of Jon’s life to begin, let’s recap everything that led the son of Superman to this moment.

Jon first appeared in Convergence: Superman #2, which is a surprising beginning for a character who’s become such a big part of the DC Universe. Convergence was a month-long comic book event comprised of short, two-issue limited titles focusing on seemingly destroyed timelines. The Lois and Clark we saw in Convergence: Superman were presented as their pre-Flashpoint incarnations, but not everything was as it seemed. During the events of Convergence: Superman, Clark was temporarily depowered and Lois became pregnant. Their baby boy was named Jonathan Samuel Kent after both of his Earth grandfathers.

The thing that makes Jon’s debut remarkable is how little the events of Convergence seemed to matter outside of him. A largely forgotten event today, most of the multiverse variants who played a part in it returned to their worlds after Convergence ended, never to be seen again—except for Superman, Lois and baby Jon. They found themselves transplanted to the main DC Universe and decided to lay low. After all, the New 52 versions of Superman and Lois were still very much active, so their presence would’ve raised some uncomfortable questions.

The limited series Superman: Lois and Clark followed their life as multiverse refugees. While Lois published novels, Clark fought crime from the shadows and the now ten-year-old Jon remained unaware of his parents true nature. Of course, it was hard to hide the truth from Jon when his powers began kicking in and he found his father’s old Superman uniform.

To read the rest of the recap for Jon Kent, head on over to DC Comics!

Do you prefer Jon Kent or Clark Kent? Let us know in the comments!

Why do I have to chooose

I prefer whichever one I am reading at that particular point in time, so far. But, if I had to pick, I would go with ol Clark, first comic I read, and the reason I got hooked, so can’t vote against him.

It’s hardly a level playing field. Clark’s been around since 1938, while Jon’s been around since… Well, 2015-ish? It’s hard to say who can be counted as an alternate version of Jon. Jonathan Lane Kent (introduced 2013) is the son of Lois and Clark from an alternate future of Earth 0, while Hyperman (Jonathan Kent) (introduced 1999) is the son of Earth-22’s Superman and Wonder Woman. Either way, Clark’s had several decades’ head start.

Do you prefer Jon Kent or Clark Kent? Let us know in the comments!

You…you really have to ask? I mean…come on…

Jon’s cool but he isn’t this guy:

That said Jon is pretty slick, and Superman: Son of Kal-El #1 is my Book of the Week, so far. Between Nightwing and Superman, Tom Taylor is kicking ass!

Pretty sure I’m the minority here but Team Jon all the way.

I forgot this was coming out, I’ll have to stop by a comic shop and grab a copy this weekend.