Small Victory: The Return of a Familiar Face on The Flash (Spoilers!) 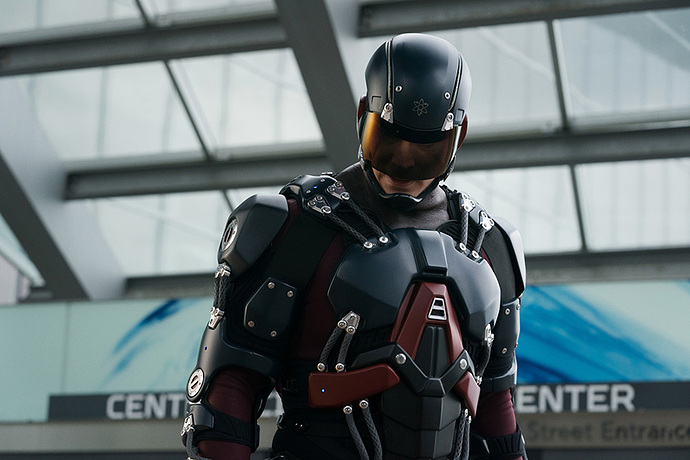 Brandon Routh has been a part of the DC Multiverse for over fifteen years now. He first caught the world’s attention in 2006’s Superman Returns before returning to take on a different hero—the Atom—on Arrow in 2014. Routh would continue to play the affable Ray Palmer for another six years, most of them on the time-traveling superhero satire DC’s Legends of Tomorrow, until saying goodbye to the role in the show’s fifth season. So, what would cause him to end his superhero retirement so soon?

Why, no less than “Armageddon.”

Routh’s Atom will play a key role in the five-part event that kicks off The Flash’s new season, offering fans a chance to discover exactly what he’s been up to since saying goodbye to the Legends and saying “I do” to Nora Darhk. But don’t expect a lighthearted reunion. Threatened by no less than Despero, the conqueror of worlds who has held his own against the entire Justice League, Ray will be pushed to his limits, and without the reassurance of an ongoing series to return to, survival for the returning hero isn’t guaranteed. Could this be Routh’s final DC adventure?

To learn more about Routh’s return, head over to DC Comics!

Are you excited to get caught up on all things The Atom in the newest season of The Flash? Let us know in the comments!

Well, Ray survived. I’m thinking that doesn’t rate a spoiler, since he’s survived his other two hundred appearances. Routh has returned twice in the single season he’s been off of Legends, so I’m gonna guess this isn’t his final appearance, and I look forward to more.

RE the statement “No less than Armageddon”, and then “No less than Despero” - I wasn’t sure what this said about their respective merits, so I tried coverting it into a matchmatic statement:

And I stil couldn’t figure out what we’d established about the quality of Armageddon. But I generally like the idea of working mathmatics into these announcements:
“Superman, possessing 2.8 times the power of the sun and 8,000 times the speed of the Batmobile…”