The comic book market isn’t what it used to be in terms units sold and pricing. It is a little bit disheartening when you love comics with all your heart, and it feels like certain companies couldn’t care less about what could be the impending doom. Luckily, DC cares. Starting today, I will be exploring all the different ways we can keep comics profitable, and also, how we can achieve an even better level of quality on Keeps It Real Comics.

For this thread, I want to ask should The DC Universe start their own line of original digital comics – starting with Batman, Superman, Wonder Woman and Justice League? This new line would have its own continuity, giving creatives a lot of wiggle room to create something unique and fun. Plus, it’d be a great incentive for more people to subscribe to the DCU! As a writer and a fan, I know this excites me. Let me know what you think? 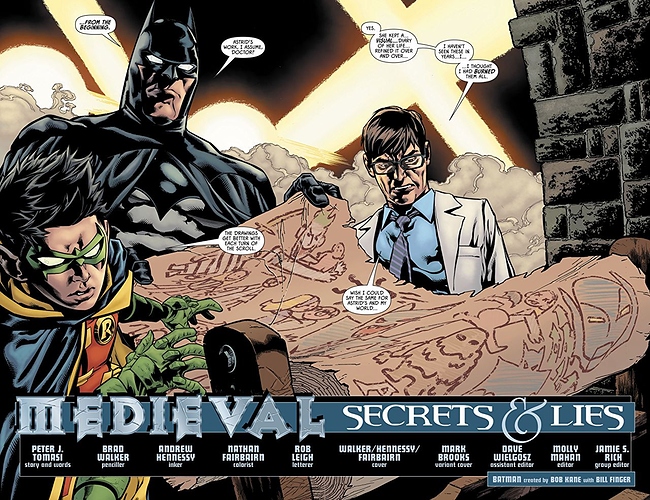 If the DC Universe wants to isolate these exclusive comics from main continuity, one possible way is if the style is in “create your own adventure”. Then, it becomes an interactive comic where people decide what decisions the characters make and then press a hyperlink or something and turn to the respective page that continues from that choice.

I think it’s a great idea. Could attract new members and help keep existing ones on board. I love that you suggested the Trinity to begin with. Although another idea would be some kind of anthology series, with a rotating cast and several short stand-alone stories in each issue.

Here’s another idea. How about a daily? A throwback to newspaper comic strips. Would be a cool addition to the app…we could all comment on it everyday.

I love DCU and Marvel unlimited. I think it’d be great if they had unique and original comics exclusive to the service.

What better way to get fans of the comics on board than to have exclusive comics by the top talent?

I think it would make more sense to do digital exclusives for less popular characters. Ones that wouldn’t sell enough to make printing a new series profitable. But that are like well enough to generate some excitement for a new series.

It’s definitely not inconceivable: Marvel actually has several series that are first exclusive to Comixology, some of them free with Comixology Unlimited.

I’m of the opinion that it’s not a matter of if DCU will have prolific original comic book series, but when.

Its far, far too good of an opportunity to pass up. It will likely happen, but not for a while until all of the other cylinders of the service have been firing like the roaring flames of Apokolips for a good, long while.

Maybe a new comic series will debut as part of a one year anniversary celebration in Seotember? I hope something special will happen to ring in our first year.

I didn’t even notice the mistake until you pointed it out. Now, September needs to become Seotember.