For those who came in late, Sam Raimi is an acclaimed filmmaker, known for The Evil Dead Trilogy, Darkman, The Quick and The Dead, A Simple Plan, Drag Me to Hell and, to most people, the Spider-Man Trilogy that starred Tobey Maguire.

I think Raimi absolutely should join the DC fold and the sooner Warner Brothers Pictures sends him an invite, the better.

Now…what property would fit Mr. Raimi’s talents? There are quite a few that he could bring to vivid life (his Plastic Man would be fun and likely feature sly callbacks to Darkman) but I say Superman is his cinematic champion in waiting.

Raimi has already handled one blue and red clad #1 hero, so why not another? 2002’s Spider-Man even featured a reference to Richard Donner’s Superman: The Movie, so mayhaps it’s Raimi’s destiny to helm a Superman flick.

Sam brought Spider-Man to cinematic life in vivid, colorful, action-packed, crowd pleasing , mostly true to the source material detail (the faults of Spider-Man 3 are due more to Avi Arad and other producers silly demands than Raimi himself), so I have complete confidence in his ability to bring Superman to record-breaking, crowd pleasing box office success.

What DC property would you like to see Sam Raimi oversee in movie form?

SN: For you Raimi-philes, yes, Ted Raimi and Bruce Campbell would have cameos in Sam Raimi’s Superman opus. It’s not a Raimi film without them. 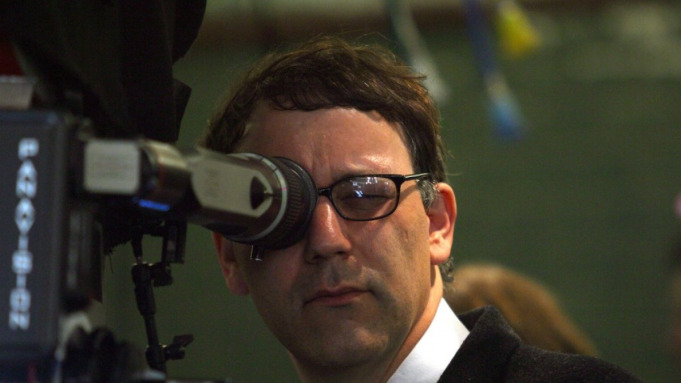 It would be great for him to direct anything. It has been too long.
For DC I don’t think he wants to work on a big project after the bad experience he had on Spider-Man 3. But I do think he could make a good movie if he was given the freedom. Since they have been interested in a Lobo movie I think that would be a good fit.

Yes! And his mini-me, Edgar Wright!

A few of the Raimi Regulars and who I’d like to see them as in a Superman movie:

Potential suitors for music would be Danny Elfman (I believe he and Sam mended their rift), Joseph LoDuca or Christopher Young.

@.50710 Raimi would do well on a Lobo flick. All of his camera trickery, prosthetics experience and the like would be well utilized on a Lobo movie.

@biff_pow I could see Edgar Wright direct a movie based on the Rush City comic (aka a Pontiac commercial via a six issue mini-series) due to his skills with car-based action in Baby Driver.

Raimi was always my dream choice to direct a Shazam film. I just feel like his sensibilities would fit the character like a glove.

I know Rami made Darkman because he couldn’t get the rights for Batman or the Shadow. So one of them would be keen!

But honestly, I love Rami, so he could direct any DC movie and I’d love it.

@dogwelder9 Justice League Dark would be a great fit for Raimi. I imagine he’d have the KNB EFX Group on that one.

@TornadoSoup Some time ago, I remember hearing Raimi’s name come up again for The Shadow.

I’m not sure if it was because he got the movie rights to it (I think it was) or that he was attached to a potential movie in some way, but I would love to see his take on Mr. Cranston’s alter-ego.