Should Joker get a sequel?

Joker has been in the news yet again lately with the rumor that Todd Philips is working on a sequel. Even though these rumors have been denied do you think that Joker should get a sequel? I personally think that it should exist on its own as a one-shot not a franchise.

I would watch a sequel. They could do a really dark version of Mad Love.

A lot of the appeal was that it was only going to be a one-shot. But I guess money talks.

On the one hand, I think it works so well as a one-off that I don’t want a sequel. On the other, we got to see so little of Phoenix’s Joker in the film that I’d be excited to see him really go for it for a full 120 minutes.

Joker caught lightning in a bottle leave it alone. Joaquin doesn’t strike me as a franchise kind of guy.

Mr. Philips should move on to another character. Maybe Victor Fries

If Phillips and Joaquin have an idea they’re really excited to do, I’d give it a shot.

Joaquin has said that he feels he isn’t done with the character, and that he’s been thinking about him a lot, with where he could take the character, etc… And with how huge the Film has been, there’s a real strong chance that a sequel is going to happen.

The only problem I see is that the Joker character is so sympathetic that Batman would come off as the villain. On the other hand, it’s great to build empathy for the antagonist. Right now, I see Joker as a victim of his disabilities, bullying and abuse. That was realistic and cool. But if he is ever going to face Batman, l would have liked the Joker to be a victim of evil choices.

Leave it as a stand-alone. It’s a package that was tied up with a bow. A sympathetic Joker as a true arch-villain won’t work. (However, a sequel is possible, although with Batman coming to the big screen, doing a five year Quick montage designed to undercut his sympathy, could work, then pit him up against Batman.) 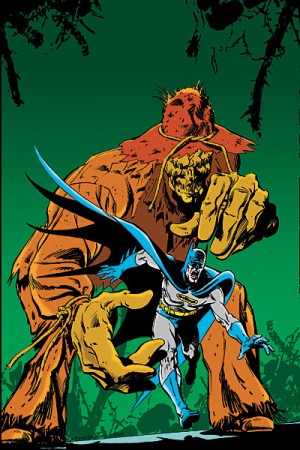 do a scarecrow black label movie and give Joker a decent cameo and continue that through the black label movies and if well received build up to giving the past roles like Joker bigger roles in team up like movies, such as they team up and do an injustice league thing. 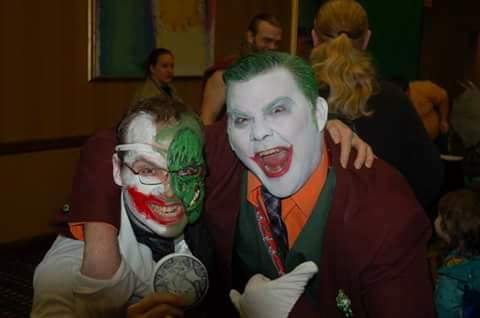 As a stand-alone film, elseworld, whatever, I’m glad people liked it and it made money.

However, empathy for the Joker is one thing the character has never needed and never desired. It distracts from his villainy, the film adds nothing to him as a villainous character.

The character, in the mid to long term, will be hurt by this, not helped.

I have to say I don’t think he was a very sympathetic character in the movie; I certainly didn’t sympathize with him. Really, it showed him to be so delusional that you couldn’t completely trust anything the movie showed - right along the vein of him sometimes remembering it one way, sometimes another.

I’ve been a comic fan going on 35 years now, and especially a Batman fan, and I don’t see the Joker character being damaged by this at all.

I haven’t really heard anyone talk about having empathy for him at all. Maybe thats just me. But if they did make a second one they could adapt the joker novel which could undue any sympathy people may or may not have for him seeing as he does some truly horrible things in that book

Joker was a stand-alone for sure.

The joker was always my favorite villain, but they’re really overselling him. The movie was good but it wasn’t movie of the year good. I think they should work on something else and someone else.

It’s difficult sometimes to not try again when you’ve been wildly successful, but in this case resist the urge.

I think it needs a sequel to finish the story. Joker stories don’t end with him victorious. I wanna see the hammer drop. I wanna see black gloved fist knocking his teeth out, as comeuppance. They didn’t tell a full Joker Story.

What i got was “poor pitiable murdering sociopath”, and we deserve the rest of the journey and the lesson. (Which is him suffering in a dank dark hole in Arkham)

He didn’t win, he was in Arkham at the end.

I really enjoyed the movie, and would love a sequel if they could do something different and not just repeat the same thing, but for this particular film, it did seem like a complete story to me.

Maybe I’m wrong on what others observed, but I didn’t think he was pitiable. Delusional, murdering, and sometimes sickly funny…but that’s the Joker for ya!

@taddmcdivitt if they make a sequel they need to take their time to plan it out. joaquin phoenix is notorious for hating doing sequels so it will have to be something special to get him on board. he said he would be interested with the right story.