should Dark Knights: Metal be a movie? animated or live action? if animated,voice cast?

As much as I like the event, it’s too all over the place to function as a movie, but I think it could work if they simplified the plot.

If I were to make a prequel, I would call it Dark Knights Rising: The Road to Metal and have it focus on the origins and gathering of the evil Batmen.

I have no idea who I would choose for voice actors. Maybe it should have actors who have voiced the evil Batmen’s respective heroes in the past (for example: The Red Death would be voiced by an old Flash actor). The only character this wouldn’t work for is The Drowned, for obvious reasons.

I’d say it’s a tad too edgelordy for a movie, but they did make that Flashpoint film…

@AlexanderKnox I guess it is edgelordy in a way since the comic is based on a metal cover, but at least it’s not Zack Snyder style edgelordy.

The Drowned is Batwoman combined with Aquaman. She gave herself gills and Atlantan DNA so she could control water. The creatures in said water are corrupted and called Dead Sea 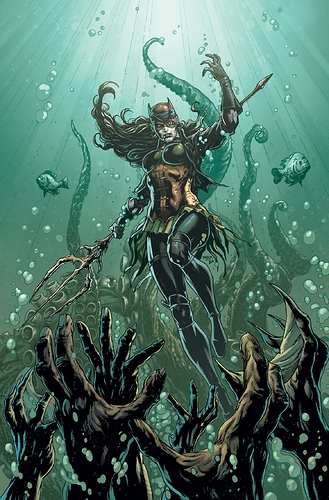 @ckahn I know; all I meant is that an Aquaman voice actor couldn’t voice the Drowned since she’s female.

I would most certainly be an animted film. Too outlandish for live action film and film executives hate risks.

@AlexanderKnox What edgelordiness does Scott Snyder have? I don’t even think that Dark Nights: Metal is that edgy, it only really is from a visual standpoint, not a storytelling one.

It should be animated. I think it would look kind of… silly?.. if it was live action.

The Batman Who Laughs, both in concept and design, feels like he was conceived by an angry, antisocial teenager on the internet. It’s just embarrassing.

@AlexanderKnox I get what your saying, but I don’t agree. The Batman Who Laughs certainly is over the top, but is he edgelordy? I don’t think so. The story and Scott Snyder in general lack a mean spiritedness that I associate with edgelords. Basically: yes it’s crazy and admittedly a bit too much, but the design doesn’t come from a place of anger, hatred, or insecurity, so I wouldn’t define it as edgelordy.

I’d absolutely love to see an animated Metal movie. It would really, really need to showcase Greg Capullo’s art style and not the traditional house animation style the DTV movies have used for years now.

Part of the fun of Dark Nights: Metal is the wild energy Capullo’s art brings to the proceedings. It’s a must that his style be carried over into a movie, an absolute must.

Why do people apply the term “edgelord” to anything that’s dark? The Batman Who Laughs is not “edgelordy”. The entire Dark Knights metal brand is inspired by the culture of the Metal/Death Metal music genre.