Got DC Essentials Wonder Woman in the mail today. She’s a beaut! Suffers from the same wonky ankles the rest of the line does, but otherwise great. Best face sculpt I’ve seen on a WW figure in this price range. 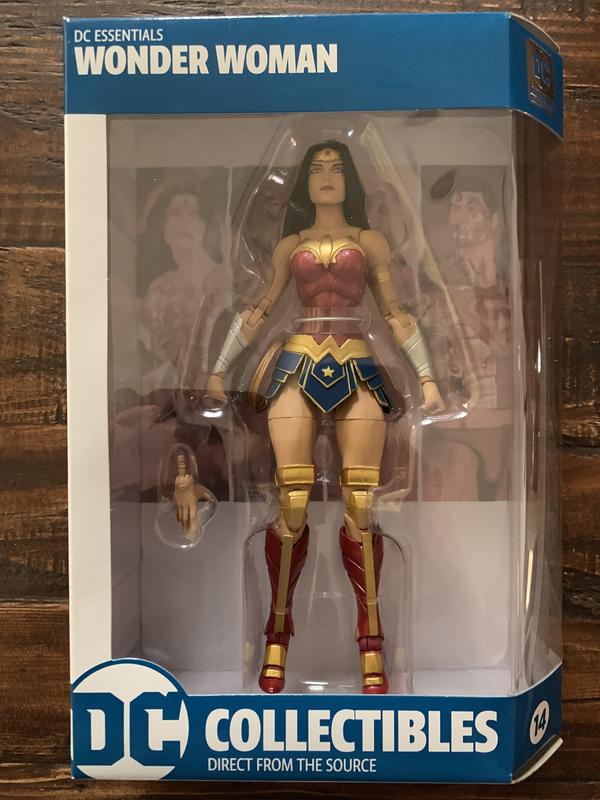 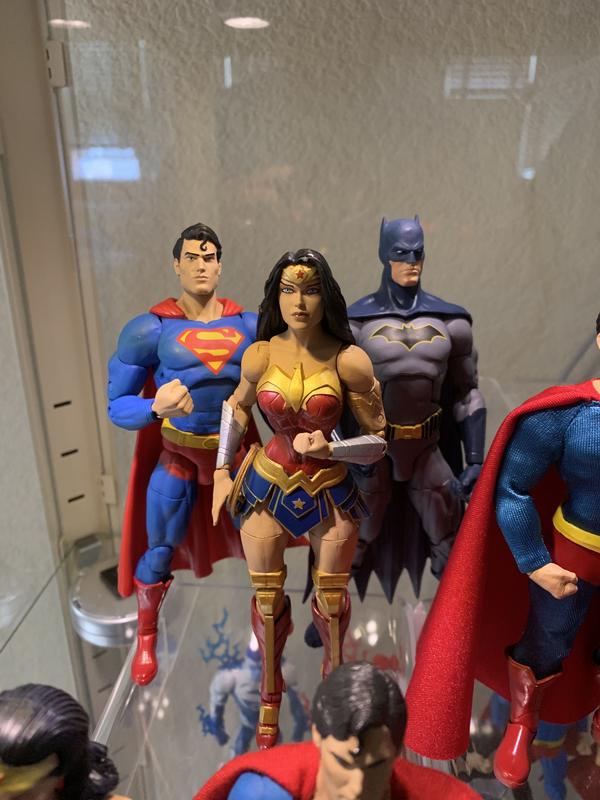 She looks incredible, @moro! Especially with the rest of the team.

Nice! Is it just me or does she look like Adrianne Palicki?

Oh biff go check it out!

Wow! That is really cool.

Thanks, I forgot to say, for the link!

@moro, I love your taste!

@moro I got Cheetah from the same series WW is in a few days ago. She’s a beaut too.

Thanks for the compliments, kind words everyone. Credit goes to the artists who design and make these things. I feel that DC Collectibles, ever since they started out as DC Direct, have really made some of most beautifully molded/painted pieces, as far as DC characters go…all at relatively affordable prices. With the Icons and now the Essentials lines, we can now add great articulation to go along with the awesome looks. Only knock, like I said before, is the ankle joints. WW may end up needing a kaiser stand. With that said…still highly recommended imo.
@Vroom, saw the Cheetah, and you’re right it’s another good looking figure. I believe they’re releasing each hero along with a villain. Good for those that like to create dynamic displays. I’m not a completionist…sticking to Trinity releases as you well know…otherwise will go broke and end up needing another room

@moro Do you have the Icons Rebirth Wonder Woman?

I passed on the Essentials WW since the Icons version was 7". She and Cheetah fit together beautufully.

@Vroom I do not. Wasn’t she exclusive to the 7 figure JL box set? If that’s the one you mean, I liked it a lot but the 7 pack was a deal breaker for me.
Icons in general is a line I completely missed out on. Though great figures, the size was smaller than any 6" figure I have…so I just skipped it. I do believe they made bigger figures in that box set though, hence the larger Wonder Woman.

@moro I do mean the Rebirth box. Most of the characters are the correct 6" scale, but the WW was admittedly out of scale.

However, for purposes of displaying her with Cheetah, she was perfectly in scale

I’ve been thinking about buying this figure and the Cheetah one, but I’m running out of space to display things. This action figure looks great.

I have the ww essential that came out before this one. Comes with a sword.

@LEXCORP there’s another Wonder Woman in the Essentials line?

I just got the first appearance Batman collectible two days ago. I keep them in the box but I always get an itch to take them out and pose them.