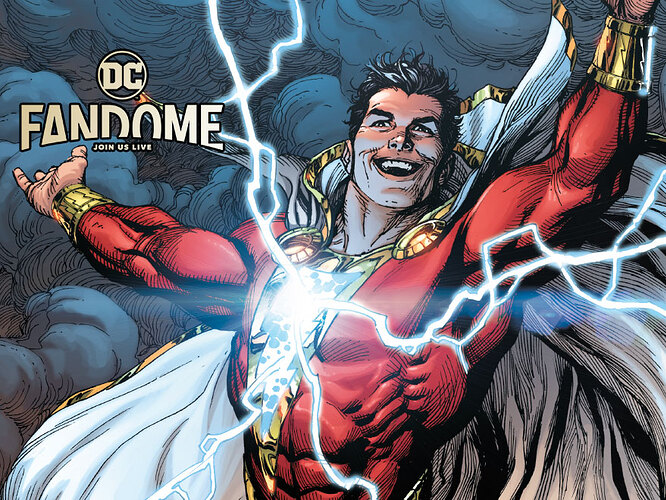 It’s the exclamation that makes heroes out of the young and young at heart, and always precedes a new fantastic adventure. It’s long since escaped the realm of comics, pervading 20th century pop culture as a favorite remark of surprise or excitement among readers of Billy Batson’s earliest adventures. And not just for what it represents, but because, let’s be honest here, it’s just really fun to say. But what does “SHAZAM” really mean? With new tidings of Shazam: Fury of the Gods fast approaching at DC FanDome, now is a perfect time to drill down and get familiarized with the DC Universe’s most powerful magic word.

As viewers of the first Shazam film know, young Billy Batson inherits the power of Shazam by speaking the name of the wizard who gave it to him. But that wasn’t always the Wizard’s name. Before 2011’s universe-altering Flashpoint event, the Wizard’s true name was Jebediah of Canaan. Post- Flashpoint , his original name is given as “Mamaragan.” Either way, the word “Shazam” itself is an acronym which stands for six patron deities, each of which bestows the Wizard’s champion with an aspect of their power. Which deities, and what aspects? Let’s find out! 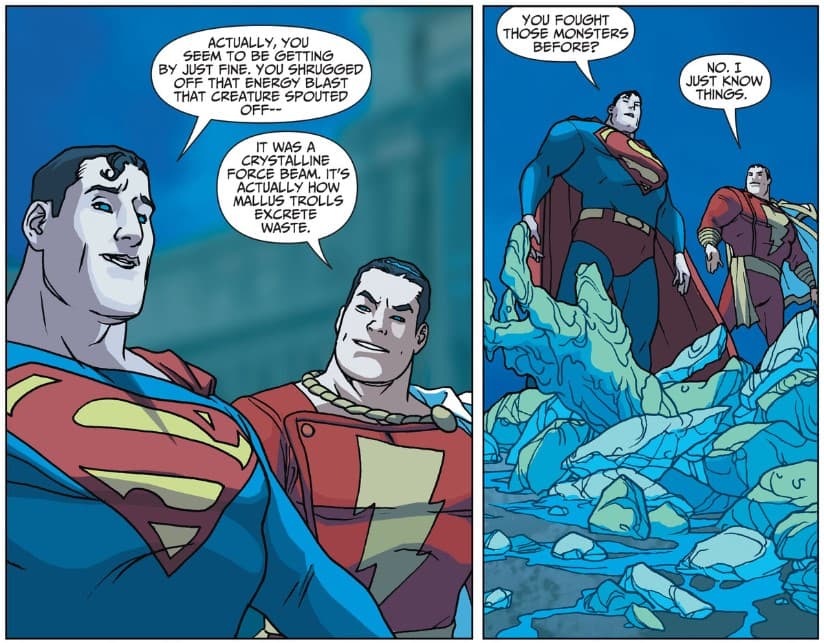 The first of the patron gods of Shazam is Solomon, an ancient Jewish king who lived about 3,000 years ago. Solomon is not even a god, and not even Greco-Roman, as all the other characters on this list are. So, what’s the deal here?

Well, as Judd Winick attempts to explain in the 2006 series Trials of Shazam, the “gods” who lend their powers to Shazam’s champion may not literally be the figures from folklore, history and legend we know, but a separate pantheon of magical gods who express themselves through figures within the cultural lexicon who are best recognized for the attributes which each of them embody. So, while the historical and Biblical King Solomon was not a God, the Solomon of the “SHAZAM” sextumverate is one, and takes that name because Solomon is culturally regarded as a universal symbol of wisdom. Got it? Glad we cleared that up.

The main gift that Billy Batson and other champions of Shazam receive from Solomon is “Wisdom,” which is a very broadly defined term…and one which raises questions, since Billy himself often gets into scrapes by leaping before he looks. The answer is that the Wisdom of Solomon is mostly an active power as opposed to a passive one, and one which Shazam’s chosen must consciously activate in order to channel. With Solomon’s Wisdom comes perfect memory, battle tactics, mathematical aptitude, charisma in dealing with others, a limited clairvoyance which provides him with arcane knowledge and impeccable intuition, and natural fluency in every language.

To find out what the other 5 letters stand for, head over to DC Comics!

Are you a fan of Shazam? Let us know in the comments!

One of the best characters ever created. He’s basically a wish fulfillment for the kid in all of us. Shazam!

Do we have any post-Flashpoint confirmation of or change to Black Adam’s powers coming from Shu, Horus, Amun, Zehuti (Thoth), Aton, and Mehen? Or is it still granted by Mamaragan and divorced from Billy by ambiguous means?

So, while the historical and Biblical King Solomon was not a God

That’s a typo. There’s only one God. All others are just gods. Children of the Most High are gods. Shazam is such a great character! I’m glad that DC brought him into the DCU years ago.
I made a toony fan art doodle homage in honor of him and digitally colorized it: 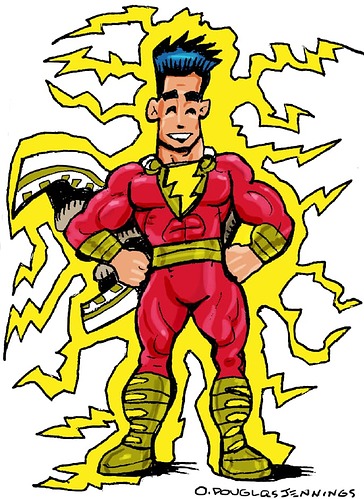 And with the array of powers at his disposal (based upon the letters of his name) Shazam has terrific potential to be one of the top most powerful heroes!

. I can feel you really enjoy the character from this drawing!

@LastSon0fMars Thank you! I made that sketch after watching the Shazam movie

Far from one of my favorites. But I enjoy him and read both of Johns’s runs.

My favorite of his scenes is the battle with Brainwave Jr. In “Black Reign.”

If you’re referring to the New 52 version, it honestly depends on who is writing him, which basically translates to, any writer who is not Geoff Johns.

Thanks! I need to catch up on the Year of the Villain one shots…

Welcome back to the community @CaptainMarvelology!