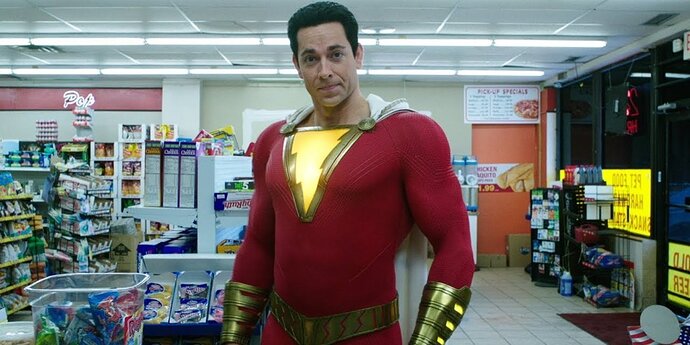 The Marvel Family is looking good in their new outfits for Shazam! Fury of the Gods! 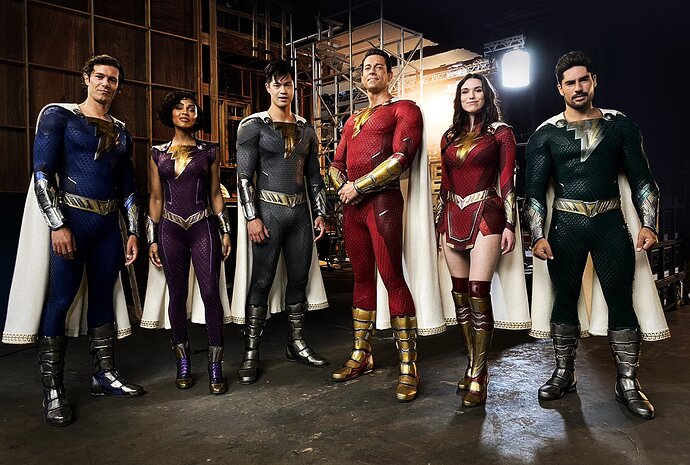 They are def very spiffy!

Definitely some nice suits. Can’t wait to see this.

Mary does stand out somewhat as the odd one out with her too-short a skirt.

Speaking of Mary, what’s neat is that the actress who played Mary will suit up for the superhero role instead of having another actress play her, which is pretty cool.

Also, all these costumes are such a glow up, I love it. I was looking forward to Shazam 2, but now I’m getting more excited for it.

Their costume designer is bringing the A-game.

I was hesitant about changing their costumes. I really love the first take, but this is amazing.

DCs finest work for sure.

They’re all awesome, but would have liked to see Mary in white. Loved the 1st movie, sure this will rock too.

Sheldon, it was unbelievable . . .

yeah that skirt in fight is going to be really impractical

The skirt is a bit odd; it looks very sci-fi to me instead of the pseudo Greco-Roman tunic look. I LOVE her boots though!

They’re all awesome, but would have liked to see Mary in white.

I could see that – it would make Mary stand out among the crowd.

The skirt is a bit odd; it looks very sci-fi to me instead of the pseudo Greco-Roman tunic look.

I guess Mary was just inspired by Wonder Woman?

I wonder if it is because she is the only adult out of the bunch? Still, not sure why that would negate pants, but I imagine they wanted a distinct look for Mary apart from the kids.

We all have different opinions and perspectives, and while I don’t know her, from what she shares, something tells me her outfit isn’t too short. She usually wears modest outfits and she may feel undecided based on this appearance. If people judge her appearance, it may seem insensitive or if she reads it, she may become more uneasy. I’m assuming she would be wearing shorts or something underneath, so it would work in fight scenes and that nature.

If this wasn’t for a movie and someone wore that going to a restaurant or something, people would support their choice of wearing what they want to and since her outfit isn’t hurting anyone, it would be considered disrespectful to look for something other than what it is. I am not understanding how people wear things more immodest than this and argue against someone who mentions that, but with something like this, she’s not modest enough.

I admit, I am a little biased with my statement and thought against posting. But, once I thought of a constructive way to address this, I figured it would be beneficial. I understand if it isn’t, I am a little nervous if I am saying the right thing or wording it properly, but my main point is based on faith. If we have faith in her and her attire selection, then there’s no need to judge. It’s when we don’t, that we critique (good and bad) her outfit.

I completely hear where you’re coming from, and I mostly agree. I was only making a comment that everyone in that promo shot was wearing pants and she was the only one in a skirt, and it seemed a little short. Obviously, a short skirt is fine to wear, and true to the original character, but I just thought it stood out is all. Darla’s outfit looks great, for example.