Share The The Suicide Squad (2021) Easter Eggs You Have Noticed

well screen shots are optional, if you have them do share.

Here’s some i have noticed

one: “Pokedot man being called a derogatory name by Calendar Man.” why is this an easter egg Pokedot man’s actor David Dastmalchian Played Julian Day in Batman The Long Halloween parts 1 and 2.

Likely the most obvious easter egg: Bloodsports helmet is modeled after a Xenomorph drone head.

the base they blow up Jotunheim was a base of imposing base of villains suicide squad fought and was eventually blown up when flag sacrficed himself, after going a little crazy and disobeying waller, that they blew it up could have been a warning to flag’s fate

also not sure about this one but savant asks waller about the time stating he has 15 more minutes, savant in birds of prey comics has this thing with time, its hard to describe but its like mental thing where he perceives differently, also he is preyed on by a bird identical to one he kills, this is stretching it but it could be a refrence to his complicated relationship with the birds of prey, or gun was trying to make a metaphor with birds, that one, the ones in cage that got burned

Oops forgot what year it was (massive blushing emoji here) i fixted it.

Milton dies in a Cubical setting in an Office Space reference 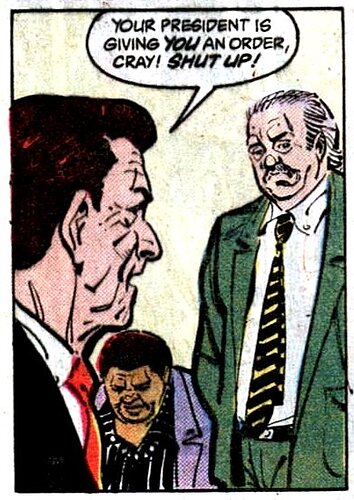 Who son later takes up the atom mantle on the squad.

Other than what other people have stated. Obviously calendar man, double down, and kaleidoscope in the prison. I don’t remember the pilots name but he was the squad pilot in most of the older comics and has a decent sized role in them.

The actress for mantis in marvel was a dancer in the club.

Gunn got his start rewriting a script for the Trumaverse I think toxic avenger so the truman guy has a quick cameo in the club.