Just saw a Fandango notification and was able to grab one of the few remaining seats for a special early fan screening of The Batman three days early! 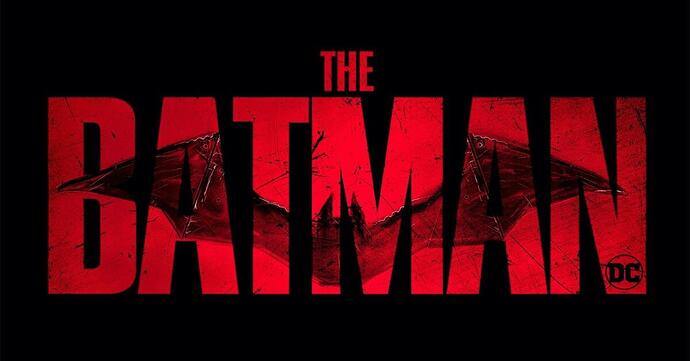 The Batman Fan First Premieres in IMAX: How to Get Tickets

I just saw a tweet from The Batman on Twitter and followed the links to get the last ticket available at my local theater! I’ll be seeing The Batman in IMAX at the Fan First Premiere in 21 days!!! 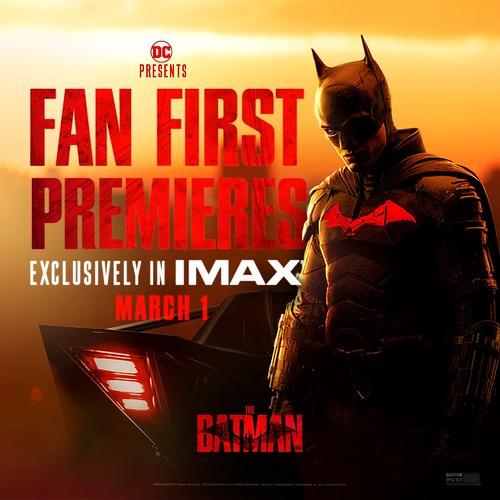 That’s awesome that you’ll get to see it early! I just wish it was on a night besides Tuesday since I know those never work for me, but I’ll still be more than happy to wait until the normal release date. Assuming all the movie theater websites don’t crash at midnight tomorrow, that is

Man, I wish I could do that, but it’s on a night I work and the only screening near me is a six hour drive to and from, so just not very feasible.

But barring any unforeseen circumstances, I’ll be seeing it three days later on an IMAX screen anyway, so I’m not too mad.

Got my March 1 tickets but making a reply to get entered into sweepstakes for the Hollywood premiere. As the biggest Batman fan, gotta try and get in it.

My area still has most of the seats available, but about $30 for an enhanced screen is not worth it. I don’t get how IMAX is better than regular, but if it was see it three days early and get free comics for seating online, that would make the price more reasonable. But, if you’re paying more than you would to buy the DVD the same day it’s released, it’s an assured waste of money. Frankly, going to the movie theaters is a waste of money, but it’s still something I occasionally do.

AMC tickets are live ! Secured mine before heading out to work

When you guys see the movie, please don’t spoil it for me, I should stay off Facebook til after my birthday, I hope the movie is really good!

I got tickets for the second fan screening on 3/2. There was only one showing on 3/1 in my entire state and I didn’t see the announcement until 45 minutes later so it was gone. Hopefully be able to avoid spoilers that day.

They’re also giving NFTs, but I’m not sure if they’ll be comics or what it will include.

Edit- Not sure how reliable, but found this article as another bonus: 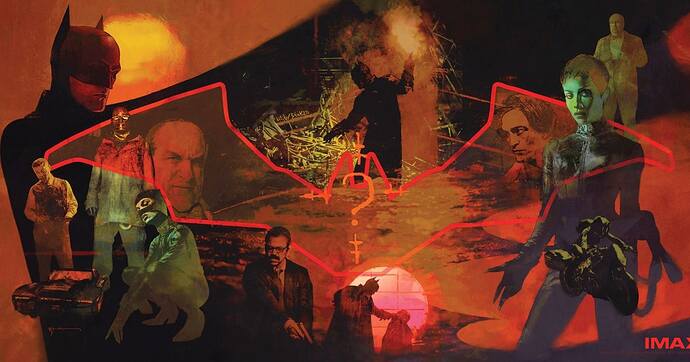 When will 'The Batman' tickets be released? How to buy yours ASAP

'The Batman' swoops into theaters in under a month, and it's almost time to buy your tickets. Here's everything you need to know to reserve yours at release.

If I remember right, the AMC theaters are doing NFTs, but all the screenings give the viewers a complimentary comic, a reprint of Batman: The Long Halloween #1 with a super cool Simone Bianchi cover. 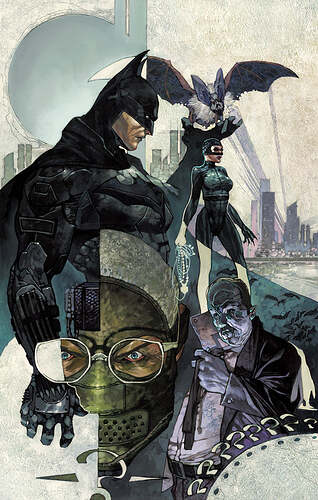 The link mentioned a free comic. How did you know it was for the Long Halloween?

As for the NFT, if it’s like Spider-Man, it’ll just be a logo or movable short “scene”. Not a comic, unfortunately.

Went and saw The Batman as part of this screening last night! It was really really good, at times it felt like I was looking at comic book panels! Won’t say more for fear of spoilers. Not the best movie ever, but I had a very good time!

Question for ya, since you’ve seen it. Taking my 11 and 14 year olds on Saturday. Movie seems intense. Is it disturbing for young minds? Not worried about PG-13 violence or language, just the overall vibe/themes.

Well, 11 seems a bit too young for sure, yes. It’s very long, very bleak, very dark. Very violent/macho. Lots of themes that will probably go over the heads of young minds about politics and corruption. Violence is not too gruesome, but there are definitely scary scenes, especially with the Riddler.

Thanks. Good to know. Will talk to them about it while there’s time to return the tickets.

It’s my 11 year old that’s been pleading with me to take her for a few weeks now.
“Dad, did you buy tickets?”…
“If it was Superman, you would have taken me!”…
“What? Go with your friend? Not fair!”…