Hey folks. Just wanted to share this series of DC books I’ve been reading to my 9 year old. We’re having a great time reading them before bed. The books imagine our beloved characters coming together at very young age and having some fun adventures. The format is rather unique, and flip flops between traditional a black & white comic, to journal entries, to chats between the heroes, letters, etc. Plenty of easter eggs for the parents. We’ve read 2 of the first 4 books (with the 5th on pre-order). One of the best things, aside from my daughter enjoying the stories, is that I’m having a good time reading 'em as well. Worth a look if you’re searching for DC material to share with your kids. Here’s the cover of book 1. 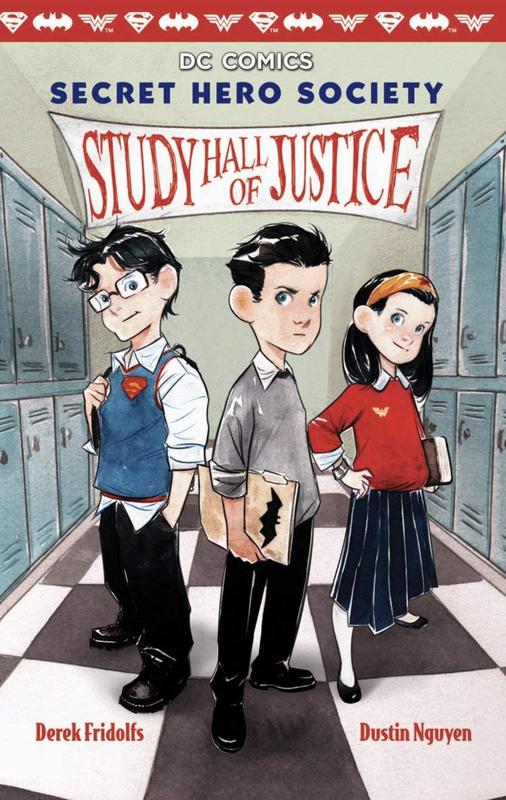 My daughter is 9 years old and just started reading this series. She was so excited she read the first 2 in 4 days lol. There is a hold for the other 2. She is a big dc fan I started her on tiny titans and super pets. Have you checked out dear justice league? She got a free sample book on free comic day and loved it.

We just started reading Dear Justice League, one or two chapters a day before bed. Getting some laughs out of that one

@moro Dear Justice League is so cute. I hadn’t planned on reading it, but I’m glad I did. It was worth it.

When your daughter are older they might enjoy the Lois Lane Young Adult Novel trilogy. I did.

The Lois Lane trilogy brings the iconic comic book character front and center in novels showcasing her life as a teenager moving to
Metropolis and becoming a
reporter for the first time.

There are also two free prequel stories, available
via the site.

Lois Lane is starting a new life in Metropolis. An Army brat, Lois has lived all over–and seen all kinds of things. (Some of them defy explanation, like the near disaster she witnessed in Kansas
in the middle of one night.) But
now her family is putting down
roots in the big city.

Lois Lane has settled in to her
new school. She has friends, for maybe the first time in her life. She has a job that challenges her. And her friendship is growing
with Smallville Guy, her online
maybe-more-than-a-friend. But her friend Maddy’s twin collapses in a part of town she
never should’ve been in.

Entertainment Weekly
named Triple Threat one of the
Most Anticipated YA Novels of
2017! For the first time, Lois Lane has amost everything she wants.

And now, her online crush, SmallvilleGuy, is coming to
Metropolis. If all goes well, they’ll turn their long-distance
friendship into something more.

Hey moro hope all is well. Thats great your kid is getting into comics and you can share it with her. That Dear JL looks pretty funny.

Thanks @Turok, will check that Lois series out.
@aqua, always good to hear from you man. They mostly like it when dad does the reading. Eh, it’s a start