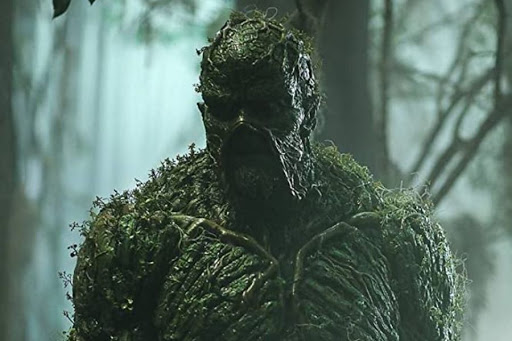 There’s so many Swamp Thing stories, but which do I read first? It’s so hard to pick one.
What comics of Swamp Thing would you guys recommend? 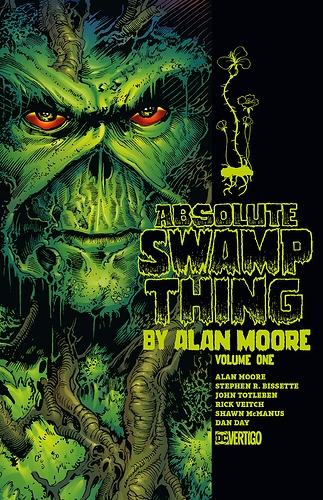 It’ll be said a million times, but Moore’s run is tour de force in sequential art and storytelling within the comic book medium.

The Saga of The Swamp Thing # 21-139, For some, Wheeler’s stuff is hit or miss but as a collective between Moore, Veitch, Wheeler, & Collins it’s a good read.

I think Moore dipped out around # 64. Then Veitch went till # 87, and Wheeler 109 until Collins picked it up. There where a few random writers in-between but that’s pretty close to how it went I think.

Thankyou guys for the recommendation, please keep it coming!

What @xLOVEandDoomPatrolx, @DarkKnightinWhiteSatin and @AquamonC137 said, but I will also say start at the start. Len Wein and Bernie Wrightson’s stuff is great as well. Plus, if you read all of the issues before hand, and then go into Moore’s run, you will have a great understanding of who Swampy is, What’s going on, and get really invested into other characters like Abby and Matt.

Here’s a quick video discussing his origins and creation. The Original Series: DC Universe (You can stop once stuff gets weird at #21)

Saga of the Swamp Thing: DC Universe (Moore starts at 20-64)

Advice: Stop reading after Moore! His run is perfect and I don’t want to ruin the effect his run had.

(You can stop once stuff gets weird)

Did you ever check out that mini series of Wein in 2016? Haven’t read it myself.

Has
Recommended issues
For both
Wein.and Moore

Comments from
Other members

To create a classic comic series you need the combination of a talented creative team with a unique take on the perfect character at the right time in history. In 1972, at the peak of 1970s horror comics Len Wein and Bernie Wrightson launched a character that is part hard traveling hero, part Dr. Frankenstein and part Frankenstein’s monster. Although only thirteen issues long, Wein and Wrightson’s …

Don’t ever have much to contribute, but y’all kill it on those History Club entries! Appreciate the work and all the videos.

Start with the original run by Wein and Wrightson, And by all means read the groundbreaking run by Alan Moore, but don’t skip over the Martin Pasko issues that preceded Moore. They too are fine books.

I really loved the Swamp Thing Winter Special from 2018.

The Tom King story was amazing and it also features the final Len Wein Swampy script.

I am another big fan of starting at the start. Alan Moore’s stories shine brightest when they are in the context of the original character’s history. Without that history, Moore’s stories get robbed of their calculated punch.

Start at the beginning with Wein and Wrightson.