“Fear is the glue that holds society together. It’s what makes people suppress their worst impulses. Fear is power.” - Scarecrow

“Never Fear” is the 4th episode aired and the 6th produced episode of The New Batman Adventures. It is notable for introducing Scarecrow to the new series, featuring a new character design created in order to give the character a more sinister look than his previous incarnation in Batman: The Animated Series. My piece features Scarecrow shooting his fear gas gun at a disguised Bruce Wayne who is undercover investigating for clues. 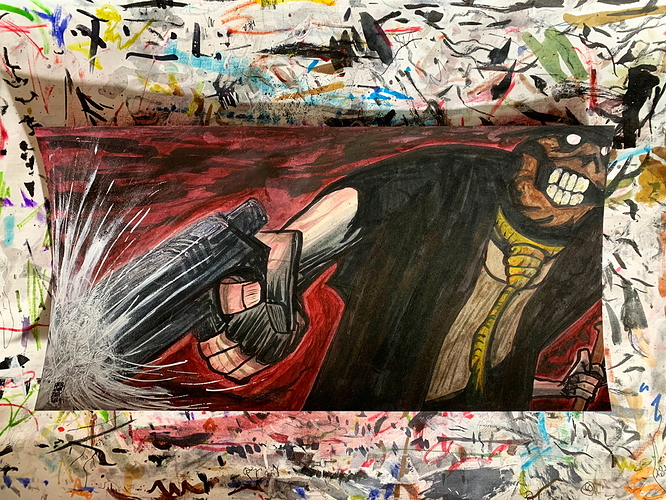 Glad ya dig it! @AnonymousHQ

Looks awesome! I especially love the way you did the “shooting” effect. Great work!

I’m thinking I might have another go at the character but using the first BTAS Scarecrow design.

Love the art and the quote

Love the style, it really reminds of the early art from the Gorillaz albums and videos.

That looks menacing and cool!