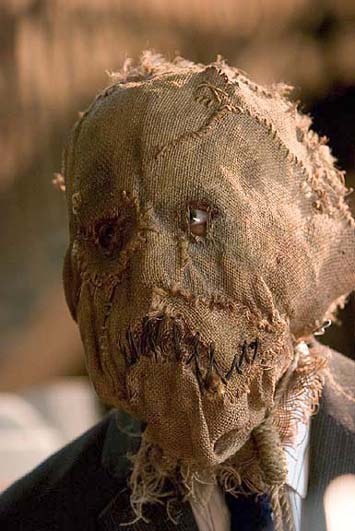 32322-scarecrow_400355×531 49 KB
While Batman Begins focus mostly on Bruce Wayne and Ra’s Al Ghoul seem like a main villain, Do you guys ever wish that The Scarecrow was a main villain like Jack Nicholson’s Joker and we see more of him and less Jonathan Crane? I do. It’s nice that he appeared in 2 sequels, but it was only a cameo role.
As for the costume I was a little disappointed cause I wanted the Batman the animated Series first appearance look.
As for the actor who played him, I give him 5 stars! I think Cillian Murphy was right for the role. Let me know what you guys think.

I certainly want a proper Scarecrow movie. He just happened to be in the one film from the 1989-2012 Batman films that wasn’t a showcase for the villains.

In any movie with Ra’s Al Ghul and Scarecrow as the villains, Ra’s should never play second fiddle to Scarecrow, so I was happy with Scarecrow’s placement in Batman Begins, as well as his minor appearance in The Dark Knight.

His appearance in The Dark Knight Rises was mostly a “here to finish out the series” role and nothing more, but it was still fun to see a villain make their way through a full series of movies.

Scarecrow also has one of my favorite bit scenes in Batman Begins:

I actually liked the costume. It went well with his use of fear toxin, letting fear fill in the gaps. I also think that due to the character’s placement and role in the story, a full-out costume and battle scenes and all tht would have taken away. I think that his role as a therapist who engages in “experiments” was a great way to fit him into the story.

I actually just watched that trilogy cuz they put the 1st two on Netflix. I own em all, but I watched Begins on there to fall asleep. Ended up watching Dark Knight next, then watched DKR on blu ray. That whole trilogy is underrated & I loved that Scarecrow from the second I saw him in the theater. When u get to see how Bats appears to Crane, when Cranes on his own juice is awesome looking too. Even now Ledgers Joker is beyond impressive, you lay it down like that, you deserve to be the goat or in that conversation for all time.

Did you insult me by calling me a goat? I have nothing against the Dark Knight Trilogy, I was only wishing that Scarecrow had a bigger role then he did. And I have nothing against Ledger’s Joker! You have no idea how much I wish the Joker would be in a 3rd movie, I’m sorry that Ledger passaway, he did a fantastic job.

No. Haha I wasn’t insulting u at all. I was saying Greatest Of All Times goat is an acronym for that. G.O.A.T.= greatest of all time. I just assumed that was a known one or I would’ve spelled it all out. I was just talking bout the whole trilogy. I loved Scarecrow in it. That actor & role was one of my faves.

Ok, I’m so sorry, sometimes I do misunderstand some things. That was a cool initials.

Yeah like Michael Jordan , Jerry Rice, Jim Brown they are all referred to as goats. Greatest of all time. There’s actually also a movie called Rebound: The Legend of Earl “ The Goat” Manigault. It’s great. He was a high school & street ball legend. Kareem Abdul-Jabbar, when asked who the greatest player he ever played against or saw was, said Earl the goat Manigault. I can’t say too much w/o spoiling it. It’s a great movie, definitely worth watching.

I liked Murphy’s Scarecrow, but I despised the costume. Too bland. Lacked imagination. As Jim Sterling said in his video on the Sonic movie, these “realistic” redesigns for beloved characters are a sign that filmmakers lack confidence in their ability to sell these characters to mainstream audiences. Fortunately, this is a trend that seems to be dying, as indicated by the mainstream successes of superhero movies with comic-accurate visual designs for the characters (i.e. Black Manta, Mysterio, etc.) Hopefully, when Scarecrow returns to the Silver Screen, he’ll be given a costume that does him justice.

It would be awesome to have a Scarecrow main villain in a movie.

I was ready for that to go full Goodfellas.

Another great topic for debate, @Reaganfan78! I also wish that The Scarecrow would be used as a main villain in a Batman movie. In the Arkham Knight game, he carries the story as the primary and does an excellent job! He blackmails and uses his fear toxin on other characters to recruit them as henchman. Chemicals in the city have proven to be an effective and scary way to make moves around Gotham and have so much potential within a storyline. There’s also more opportunity to flesh out his backstory that hasn’t been worked out yet.

I agree that the costume in the two Nolan movies was lazy by comparison to other iterations. Here’s what I would love to see: 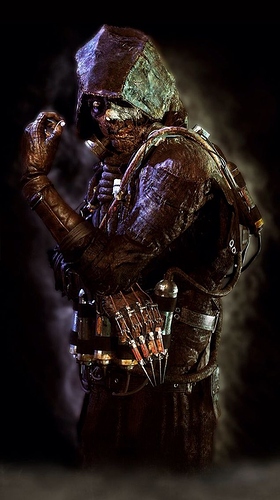 Even Gotham didn’t quite know how to nail the look and feel (but perhaps got a bit closer): 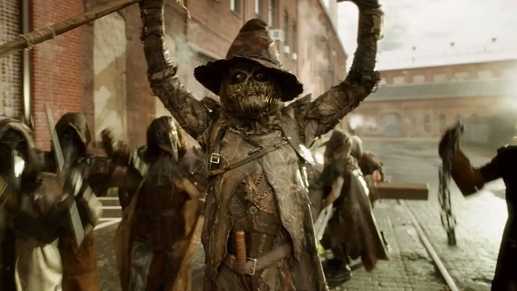 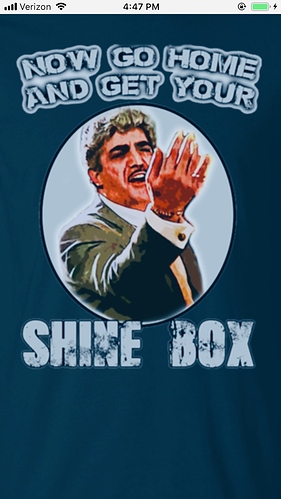 Careful with that, it can get you shot.

Yep. I almost bought that exact car they put him in the trunk in. My friends dad wanted to sell it. I couldn’t get the money & someone else grabbed it. Sorry @Reaganfan78. I promise to get back to Scarecrow. Didn’t mean to distract from your thread. I love your threads literally from day 1 on this community/DCU app. You’ve always been kind ,& I’m sorry u misunderstood the goat reference. I was referring to Heath Ledger being the Greatest Of All Time as the Joker, in that series. The G.O.A.T… never meant anything directed towards you. Nothing but love for u.

Agreed. The top one there looks similar to the Arkham asylum (game) scarecrow. And that would be terrifying. 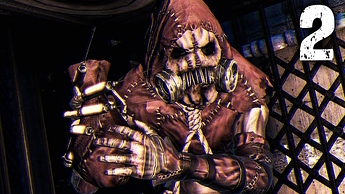 Man. I’ve been clamoring for this. DC use my idea, go ahead lol : Do a black label Scarecrow movie, Joker cameo to explain how Joker makes his Joker gas in association with from scarecrows fear toxin…have the batman come in and stop scarecrow and interact with our new Joaquin Phoenix joker. Scarecrow as the main villain of course but it builds for great headway into Joker toxin and to cameo him while universe building g around the villains.

Yes, @stefanie.murr7! That photo was from Arkham Knight and I agree, terrifying!