I can’t find the episode reaction thread for this week, so I’ll just post my thoughts here.
Chances are. Since Superboy is the main character of next week, he will save Jason. But I don’t put to much stock into my own opinion. Way to leave us on a literal cliff-hanger though.
Poor Rave though, she was so messed up before. Now she’ll be a freaking nightmare. She and Gar need a little hope this season. Right now they are screwed up and they need a bit of guidance.
Also, I find that Hank is one of, if not the most, in depth character in the show. He has been great so far. And I don’t think chokeholding a ninja-teen is that bad. 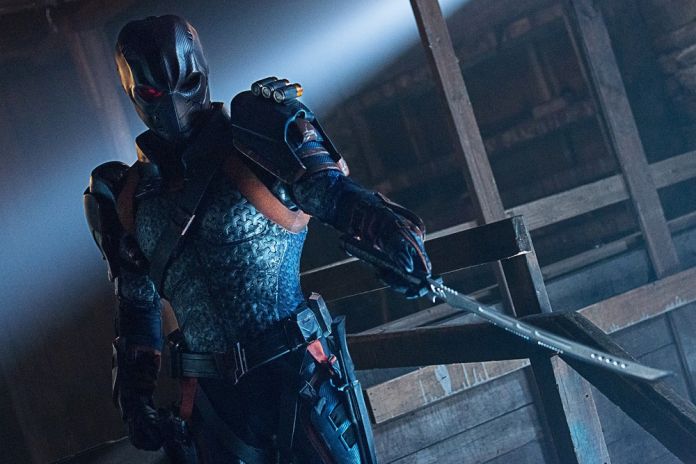 No one has an opinion?

another meandering mess with minute character and team growth. The show needs a serious dose of villain-of-the-week to catalyze character and team growth and save itself from drowning in its nightmarish melodrama and snails pace. A show this miserable and dramatic should be released all at once to maximize its hopeless themes without annoying the shit out of fans with it’s weekly baby steps, misery, and lack of primary arc excitement.

I think it’s more likely that Kory flies down to get Jason.

I like the show. Definitely has flaws but I’m still engaged.

If Jason gets saved (may be a strong “if”), I do think it’s most likely Superboy that pulls it off. That could be a cool intro to the character. I wonder if the next episode is going to be another flashback, though, where we catch up on Connor’s backstory and have to wait another week to find out Jason’s fate.

I think Ralph Six is right. Superboy to save the day

I really like the portrayal of Deathstroke. Even his pace of talking, tone, etc is spot on. I thought his fight scenes were great also.

I also like the slow “bits and pieces” way the past Titans actions are being revealed. I am not normally a fan of this approach but so far it is very well written .

They’ve nailed him completely, this is the best version of Deathstroke we’ve seen in live action, and prob will do for a long time!

I was truly expecting to see Kori flying out to get Jason when they rolled the credits. Of course, I should have expected they would cut it off right there. Then I have to remind myself that if this were the printed version they would still cut it off at this point and we’d have to wait a whole month before finding out what happens next.
I didn’t like this episode as much. It seemed like one fight scene after another, including the non-action sequences. I feel for Gar and Raven, just starting out and having to do it in what feels like a toxic workplace. I wonder if part of Raven’s problem is that she’ absorbing too many bad vibes, like her soul self is having acid reflux. I’m glad for her sake that Kori’s back.
I really do hope they get on with the Jericho story and make it more interesting than “I Know What You Did Last Summer - in Spandex”. I’m the kind of person that reeally has to care about the characters and if this is just about revenge- Slade doing something horrible to the Titans, because they did something horrible to Jericho, because Slade shot Aqualad who probably wasn’t his primary target, I’m going to have a hard time caring.

It likely is Superboy who’ll save the day, whether he can fly or not. Clark Kent didn’t fly for most off Smallville and he could have pulled it off.

This season is great when Deathstroke is on screen.