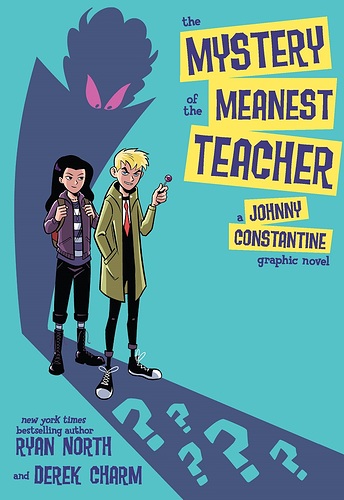 John Constantine has been many things since his debut in 1985, but you’ve never seen him quite like this. The Mystery of the Meanest Teacher: A Johnny Constantine Graphic Novel introduces us to an underage Constantine as the magic-wielding mischief maker comes to the United States to go to boarding school. There he’ll find himself completely out of his depths when he finds himself going head-to-head against a teacher who may be a witch. Getting to the bottom of this magical mystery will take befriending a fellow young magician and obtaining help from a familiar rhyming demon.

Hey, he might be young, but he’s the same old Constantine. 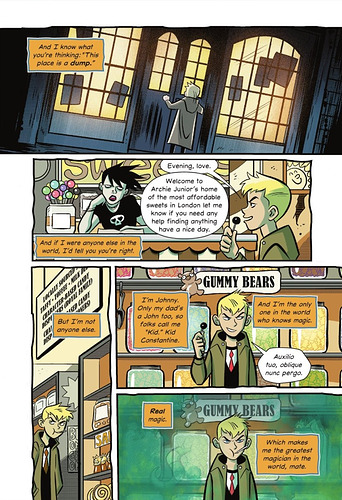 To read the interview with Ryan North and Derek Charm and learn a little more about The Mystery of the Meanest Teacher, head over to DC Comics!

Are you excited for a different look at Constantine? Let us know in the comments below!

@KookieSuperApe I remember you asking about this

Great to see this alternative version of the “Heckblazer”.

A middle grade version of Constantine is not something I expected to see. But this looks great!

Ryan North has long been one of my favorite writers on the internet, with such classics as Dinosaur Comics and Romeo and/or Juliet. His particular brand of audacity is exactly the right tone to bring for- of all things- a middle grade adaptation of DC’s most mature character.