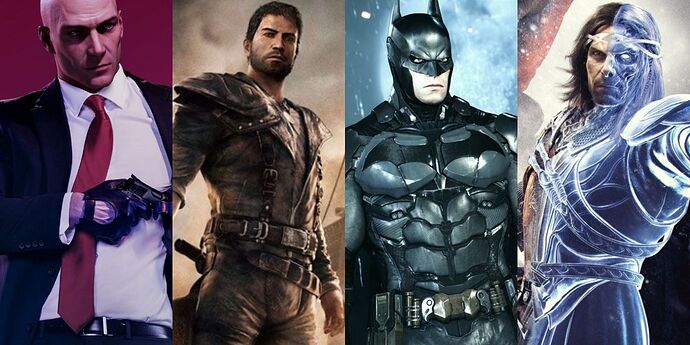 Warner Bros. Multiverse Game Is Real, Reportedly Not Being Made By NetherRealm

Let the cast of Scooby-Doo fight everyone from Mad Max. 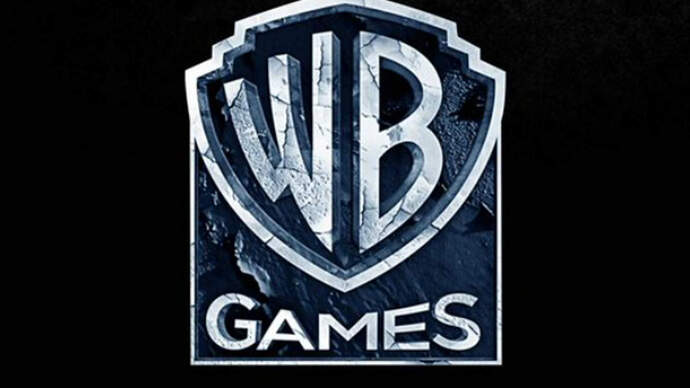 A recent leak claims that a platform fighter similar to Super Smash Bros. is currently in the works at WB Games, and journalist Jeff Grubb states that [...]

Straight off the success of Nickelodeon All-Star Brawl, it looks like Warner Bros. may be giving a Super Smash style game a second go! The first was Cartoon Network Punch Time Explosion, which was UNPLAYABLE.

This game will feature not only DC characters, but other Warner Bros Properties as well.

A supposed image of the character select screen has leaked, I will not post it here, but Warner Bros has copyrighted it.

From what I saw, Batman, Harley Quinn, Superman and Wonder Woman are playable

Would any of you play it?

A good thing about the smash format is that it is much more simple. Not everyone wants to spend hours getting used to an Injustice character.

I always like these types of games, so I’m excited that more of them are catching on. The Smash Bros. games take what’s fun about fighting games and let you just focus on that, without having to learn complicated commands to do anything remotely cool.

Someone said that WB is just trying to flex their brands on Viacom. Honestly, it’s Viacoms fault for not giving that team the proper budget (Assuming that this game will have better presentation)

Smash Bros. has added its last fighter so the door is open for clones.

Would any of you play it?

I guess it would depend on who’s on the roster. I’d obviously be most interested in the DC characters, but there’d have to be enough characters from other properties/franchises I’ve seen to hold my interest. Like if the DC characters are the only ones I really know that well, then I can’t imagine I’ll be that interested. But either way, I’m just gonna keep my hopes up for Injustice 3 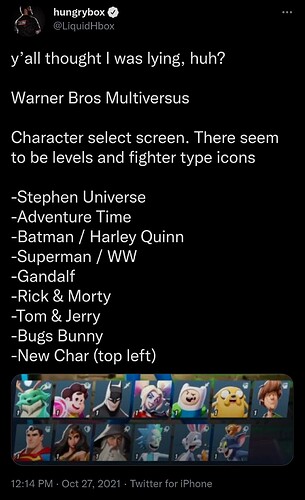 Wow! I know all of them except for that character in the top left. Is that Shenron or Puff the Magic Dragon?

Also, this style looks far more like Fortnite than I originally anticipated. A turn off.

Original character from what I hear

Never played Smash (not much of a gamer), but from what y’all describe, it’s a console fighter that’s easy to play? Sign me up! One of the main reasons I prefer Injustice 2 Mobile over the console version, is way simpler controls.

I’m game! I’ve played the smash games throughout my life with my friends (probably a little too much at certain points in time haha) and have loved them. I think smash ultimate is unplayable, though, so I need something to fill that vacuum. Also lowkey hoping this isn’t f2p

I think smash ultimate is unplayable

Well, I don’t want to get too off topic so I’ll leave my comments here.

The gravity is problematic imo - they’ve made the game “faster” paced but the controls feel sluggish and lag behind what you want to do so it feels counter intuitive. I even bought a gamecube controller to play ultimate and not use anything wireless but it didn’t really fix anything because the input lag is crazy and/or commands and actions just don’t register and I’ve even connected a dualshock to my switch to try it out. I could use a monitor with lower latency than my TV but then I’d have to go out and spend more money on a game I just don’t enjoy. Some characters like Marth don’t feel as good (I know he’s considered OP) as their clones like Lucina, at least Marth felt really smooth to play in brawl… other characters just have mechanics that are not fun to play against… I’ve probably spent 2000+ hours on the original smash and even brawl and I think they are leagues ahead. Every time I want to play ultimate, I get upset because it doesn’t feel right. I know this is a very unpopular opinion, but I just can’t seem to have a good time with it. I literally took every single character into offline matches to find a new character I have fun with and I don’t enjoy any of them. I’ve watched guides about the new game and studied as well as practiced hardcore mechanics and I’m simply not a fan. The only characters I’ll play are Marth and Lucina since Fox and Pikachu were absolutely gutted and I don’t enjoy their nair spam gameplay lol.

I think, again since I’ve played thousands of hours of smash brawl, I think about these things a little too much haha so I can be very critical. If they put brawl onto the switch, I’d buy it instantly.

Of course I’ve tried playing online and it’s not a thing. I bought a lan adapter specifically for the game (

I’ve gone above and beyond to try and have fun here lol) but the lag is too crazy. I did enjoy some 1v1s with a friend of mine online but even those games were hard to play. If I had more friends who played it in irl like I did in the past, maybe I’d still play it… who knows!

Which (back to the discussion haha) is why I’m kinda hopeful for this game! Smash was best when it didn’t overcomplicate itself and I’m thinking this game won’t do such a thing seeing as how this would be the first and possibly only game installment of its series. We shall see!

I thought that Ultimate was pretty responsive. Smash WiiU is what I had problems with.

Seems the image was copyrighted. Looks like we may have an announcement soon.

Hopefully this game is functional unlike Punch Time Explosion

The roster got leaked

The leaked Roster image is above

Oh it is Pappa stephens

Guess no one knows who that is in the left. Looks like a marketable plushie as the kids call it these days tho 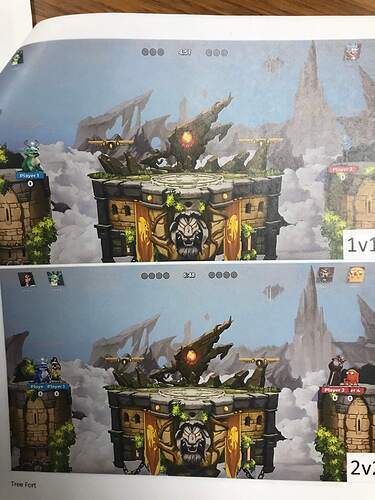 Some images of what gameplay would look like, Including Wonder Woman! 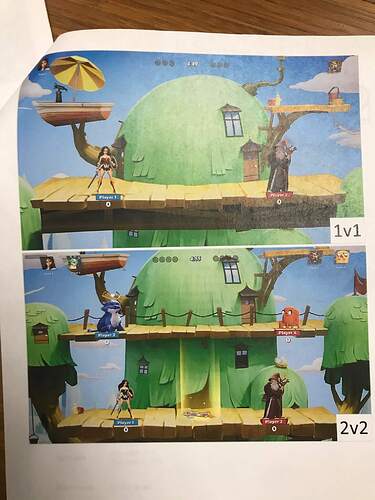 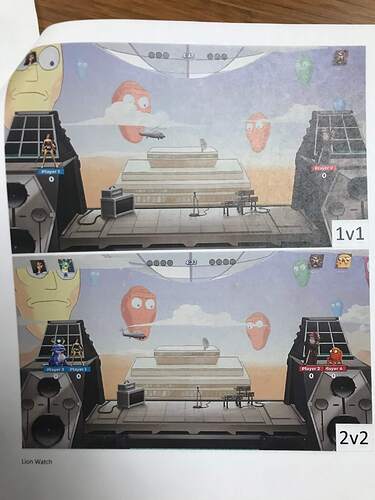 I really need this game haha