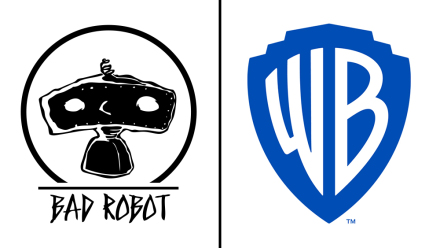 EXCLUSIVE: I hear that Bad Robot, through its new deal at Warner Media, is exclusively developing both film and TV ideas based on DC’s Justice League Dark universe at Warner Bros. This deal i…

I knew Abrams wouldn’t rest until he wrecked another franchise, but I was hoping we could keep him quarantined to the sci-fi genre.

It’s too infectious. We should kill the cinematic universe before it gets bad (worse).

I find it a little laughable to say that he’s wrecked or killed any cinematic universe, it should be noted they’re just talking aboug Bad Robot, the production company – while Abrams makes a lot of his movies with the company, he’s far from the only writer or director involved.

Overall I’m pretty interested in this. I’ve been dying to see a Justice League Dark film or show, and with them involved, it seems far more likely to be a thing.

And who knows, maybe they can put up the dough to bring back Swamp Thing? I can hope!

Swamp Thing seems to have been recycled for the movie along with many other TV shows that were going to be made that got cancelled.

I would doubt the Justice League Dark tv show, but after Supergirl tv show made them realize they have to redo her character from the ground up, not to mention how bad that Green Lantern movie came out. I wouldn’t be surprised if they do more tv shows to gather more data to know how to properly execute the movies, which would explain the HBO Green Lantern show.

I guess only time will tell.

I’m honestly surprised they’re starting with this. I thought for sure Abrams would open with Superman (most likely by bringing in Jon Kent, given Abrams’ track record when it comes to characters with father issues)

I doubt Swamp Thing the show is actually coming back, but there’s no reason they couldn’t use the same actor/costume/continuity for a JLD show or film, in much the same way that Legends brought back Matt Ryan as opposed to recasting Constantine altogether.
…which just raises the question of WHICH Constantine will we be getting for this project (if any): Matt Ryan or someone new?

I would like a JLD movie and I would want Matt Ryan to be Constantine.

I like the idea of developing several projects featuring JLD characters more than I do an actual JLD movie. Give me a Deadman HBO Max series, a Zatanna movie, a CW show about Andrew Bennett (that network loves its vampire shows). Not that I don’t want to see the team movie, but the Justice League name has some baggage with casual fans right now and the “Dark” moniker just plays into critics’ view of the whole DCEU. Better to make this a corner of the DCU that Bad Robot can play with than trying to make a Justice League Dark tentpole.

I’m just thirsty for JLD period. Idc who does it as long as we finally get something. Zatanna has been around since DC was in its infancy & one live action appearance ever. It was Smallville & it was a great casting choice Serinda Swan. Even her name sounds like a real life magician

. Anyways, somebody needs to do something, its tv or cinematic gold just collecting dust.

Honestly I’m excited if any of this is true. As long as the characters and Story are done right I’ll be impressed. If they don’t get the story or characters right I’m sure it will be entertaining and fun just to experience characters I love in a movie or show.

So it would be a series of interconnected movies and shows, like Marvel’s movies and Disney+ shows?

I’m 50/50 on Bad Robot. Do we get the good side of them or the let’s use the “mystery box” to solve everything side? Am cautiously optimistic with anything Bad Robot does.