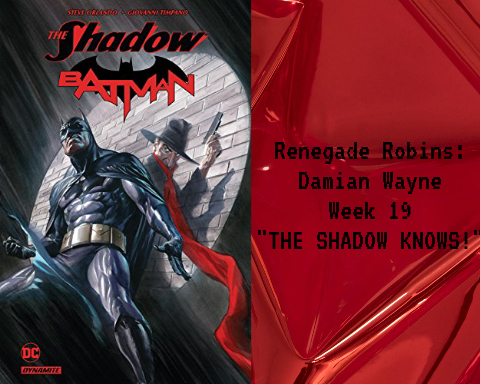 Hello all. This week’s session, as well as the next several, will focus on Damian as depicted in some stories that may or may not be strictly in continuity. I thought this might be a nice change of pace over the holiday months before we dive into the N52 era next year. This week’s set of issues are not available on DCU as yet but they are available on both Hoopla and Comixology Unlimited for those that have access to either. Let’s get started! 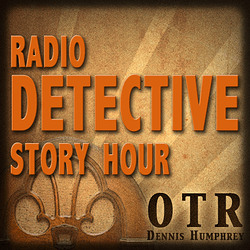 • The Shadow was originally created to be a mysterious radio show narrator for the radio program Detective Story Hour in July of 1930. After listeners began asking at newsstands for “that Shadow detective magazine” Street and Smith created The Shadow Magazine and asked Walter B. Gibson to create the character based on the name and voice. 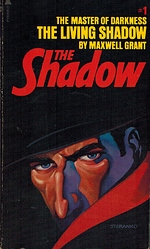 • The Shadow Magazine ran for a total of 325 issues from April 1931-July 1949. Of those 325 issues Gibson wrote 282 of them. Other writers included Theodore Tinsley, Bruce Elliot and Lester Dent. All of the writers used the pen name Maxwell Grant who it was said was writing these stories from the private annals of The Shadow himself. 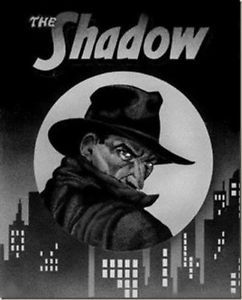 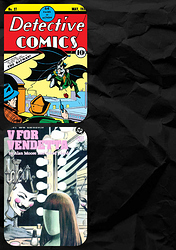 • The Shadow had a great deal of influence among comic book writers including Bob Kane and Bill Finger (of Batman fame) and Alan Moore (V for Vendetta). Kane and Finger and Moore cite The Shadow as influences. Finger based Batman’s debut story “The Case of the Chemical Syndicate” on “Partners of Peril”, a fact he later would publicly acknowledge.

• The Shadow laid the foundations for the superhero archetype. The idea of a secret identity, sidekicks and supervillains as well as the stylized iconography can all be traced back to him. 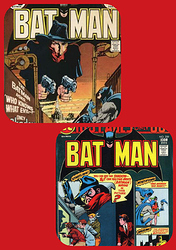 • Denny O’ Neil had Batman and The Shadow meet in Batman #253 and #259 so this particular story we are taking a look at is not the first time the two have met. For summaries of these two issue, which are not available on DCU go here amd here. 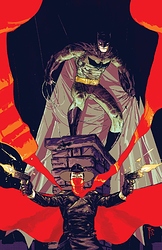 • Batman/The Shadow: Murder Geniuses was a six-issue limited series published in 2017. It was an intercompany crossover published by DC and Dynamite Entertainment and was written by Scott Snyder and Steve Orlando. It is available on DCU here for those interested in reading it.

• The Shadow/Batman #1-6 by Steve Orlando

The above issues are not available on DCU but can be found either on Hoopla (if your public library offers it as a service) or on Comixolgy Unlimited. Both are free options.

Hope you enjoyed this session and I’ll see you in two.

Next on RR: Red Hood

The end of an era for the Outlaws. What’s a Red Hood to do?

And in two on RR: Damian Wayne

Batman & Robin partner up with another iconic team of heroes: The Teenage Mutant Ninja Turtles. Plus another holiday adventure from L’il Gotham

Cool! I’ve been way behind on the Damian front of this group (and want to try and catch up!) but I’ll definitely make my way through this book. Love me some Shadow.

Glad to hear that.

On the Damian front we do have an event coming up in the spring that I will be announcing in January so keep an eye out for that.

I encourage everyone to track this one down and read it just for kicks. 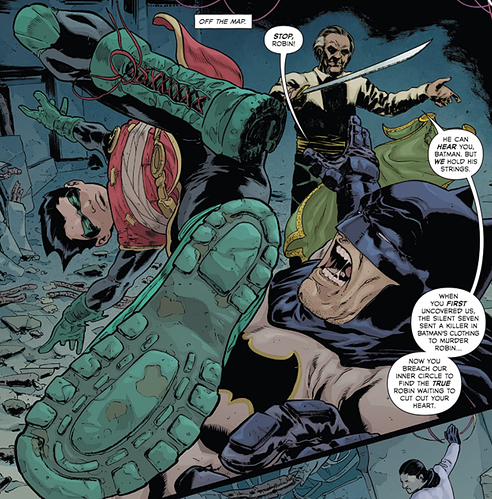 Damian got a “kick” out of this story that’s for sure.