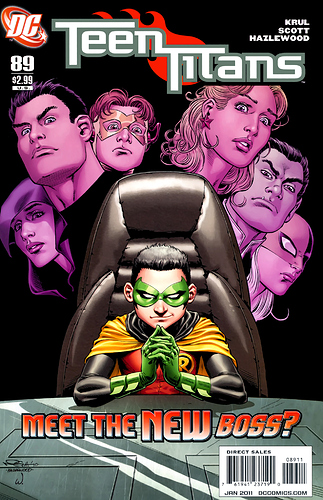 This week Damian will be joining the Teen Titans during “Robin’s” absence from the team. How does he handle being thrust into a team situation? Let’s find out.

For now let’s concentrate on Damian’s first meeting with the current team circa 2010.

And that is that folks.

Join the Club @ RENEGADE ROBINS for all your Jason and Damian needs.

Hope to see you all there.

What did you think of Damian’s time with the team and how did it compare to Jason’s time on the team?

Jason actually appreciated being on the team, while Damian is being even more of a snot than usual, at least until he starts getting along with Rose.

Only if anyone wants to do so @AlexanderKnox.

at least until he starts getting along with Rose.

I think that’s one of my favorite parts.

I really liked his interactions with Rose in this. Damian was a little snot to everyone else but with Rose I think he may have felt like they were kindred spirits. I wish we could have seen a lot more of it.

Damian joins the team because Dick believes that Damian could benefit from friendships made within the hero community. Do you feel Dick’s way of handling this was the right move or was there a better alternative here?

I think Dick mistakenly assumed that Damian would necessarily find a sense of belonging and community with the Titans in the way that previous Robins had. Unfortunately, it was a different group of Titans with a different set of hangups. Jason had to deal with a little friction from Hawk, but he was otherwise fully accepted–maybe a tad too much so, with Donna Troy instinctively turning to him as team leader because he looked like Dick. Tim, meanwhile, totally cheated and worked with Young Justice before they were “promoted” to Titans status.

I think Dick mistakenly assumed that Damian would necessarily find a sense of belonging and community with the Titans in the way that previous Robins had.

I think that’s probably true. I think Dick got caught up in his own brand of “Robin” nostalgia as well. “Robin” being a founding member of the team carries a lot of weight within the team and is often equated with the leadership role on the team. I’m not sure it was the best move for Damian at that time even if Dick was hoping he would make lifelong friends as he had in his own time with the team.

Jason had to deal with a little friction from Hawk, but he was otherwise fully accepted–maybe a tad too much so, with Donna Troy instinctively turning to him as team leader because he looked like Dick

I agree bit I also tend to factor in the “R” he’s sporting on his chest for his near immediate acceptance by the team and their expectations that he would immediately take on a leadership role even though he just joined the team. Robin is traditionally the leader of the Teen Titans.

I do think the differences between Jason’s first time with the the team and Damian’s are an interesting study in contrasts.

Tim, meanwhile, totally cheated and worked with Young Justice before they were “promoted” to Titans status.

If you can call that mess being “promoted”. Honestly, I liked Tim better back in the Young Justice days. I also liked the team better.

Okay, so I saw that the start of the reading was the second issue of this run so I decided to read the first issue, #88 first. I actually think this is a better place to start, not only because it sets up the villains of the arc, but it actually has Damian’s first appearance in the book. 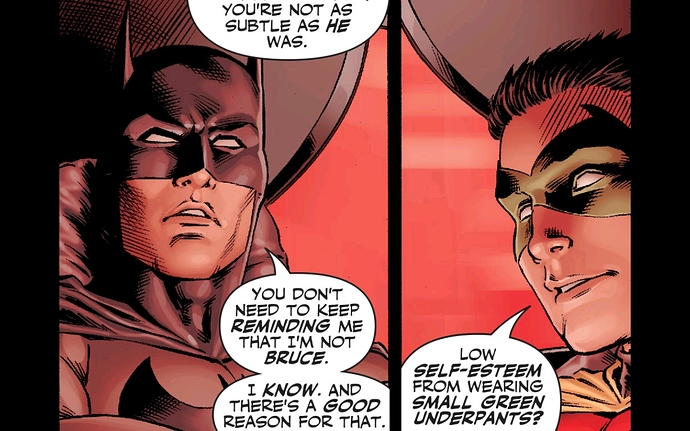 What’s funny about doing this arc right now is that recently the artist of this arc, Nicola Scott, discussed this run on the podcast/YouTube channel Word Balloon, and she talked about a particularly interesting part in #88 and how these comics are made through collaboration and how multiple viewpoints can really improve a scene.

For those who didn’t read it, it features Cassie basically breaking up with Conner Kent, who had been her on-again-off-again boyfriend really since the 90s. In the original script, it’s kind of your typical screaming, yelling break up scene that you tend to imagine in most teen dramas. When Nicola got it, she didn’t feel the scene was right – not so much because they’re breaking up, but how it’s done.

So she asked Krul and the editorial team if she could change the scene – not the dialogue, all that stayed the same, but she changed the way they moved, made it softer, quieter, and with the way Nicola just creates amazing expressions that tell the story on their own, she made what could have been a cliched scene good. 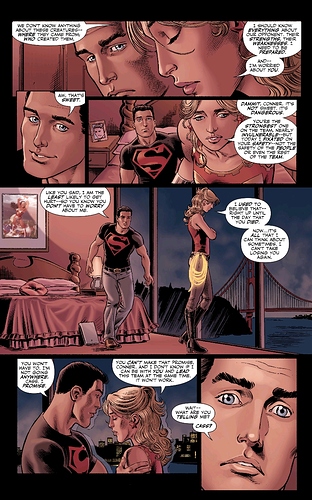 If you want to hear it for yourself, here’s the episode. She talks about a lot of other cool stuff, like how she got started in comics, her Anniversary covers, and her work in stuff like Earth 2, Birds of Prey, Secret Six and Wonder Woman. 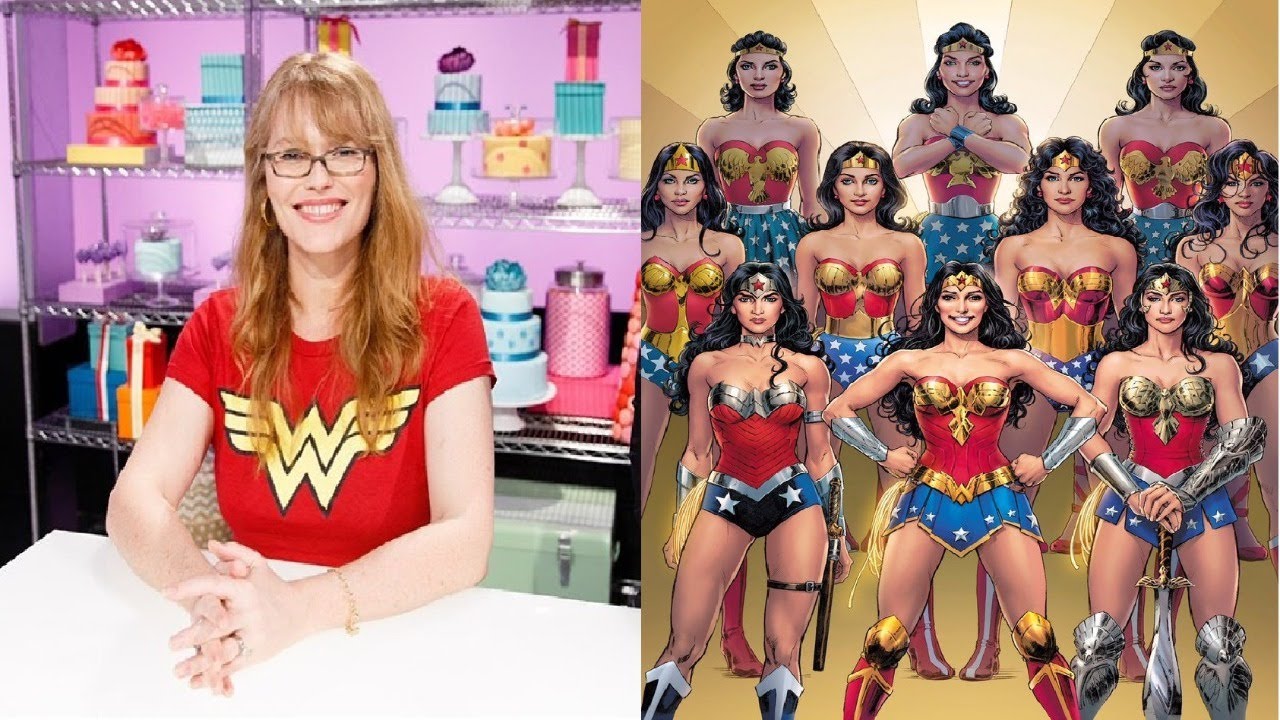 Nicola Scott is one of my favorite artists. Thanks for the info @Jay_Kay. I think I have listened to that podcast before but it wouldn’t hurt to listen again.