This week we have a special guest here at Renegade Robins: Damian Wayne. Please welcome Red Robin and I’m not referring to the burger place. The last time Damian encountered Tim Drake he told his predecessor that the Batgirl mantle was still available. Let’s see if things have changed between them. 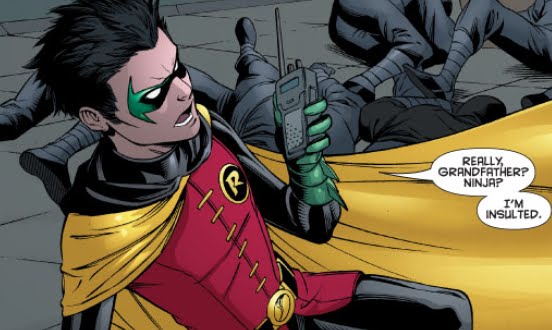 Sadly this won’t be the last time this sort of thing happens, Damian. That side of your family is completely crazy.

Damian Wayne in other comics

This month’s feature issues are from Gotham Academy. 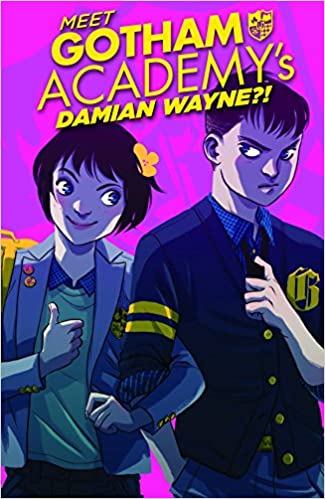 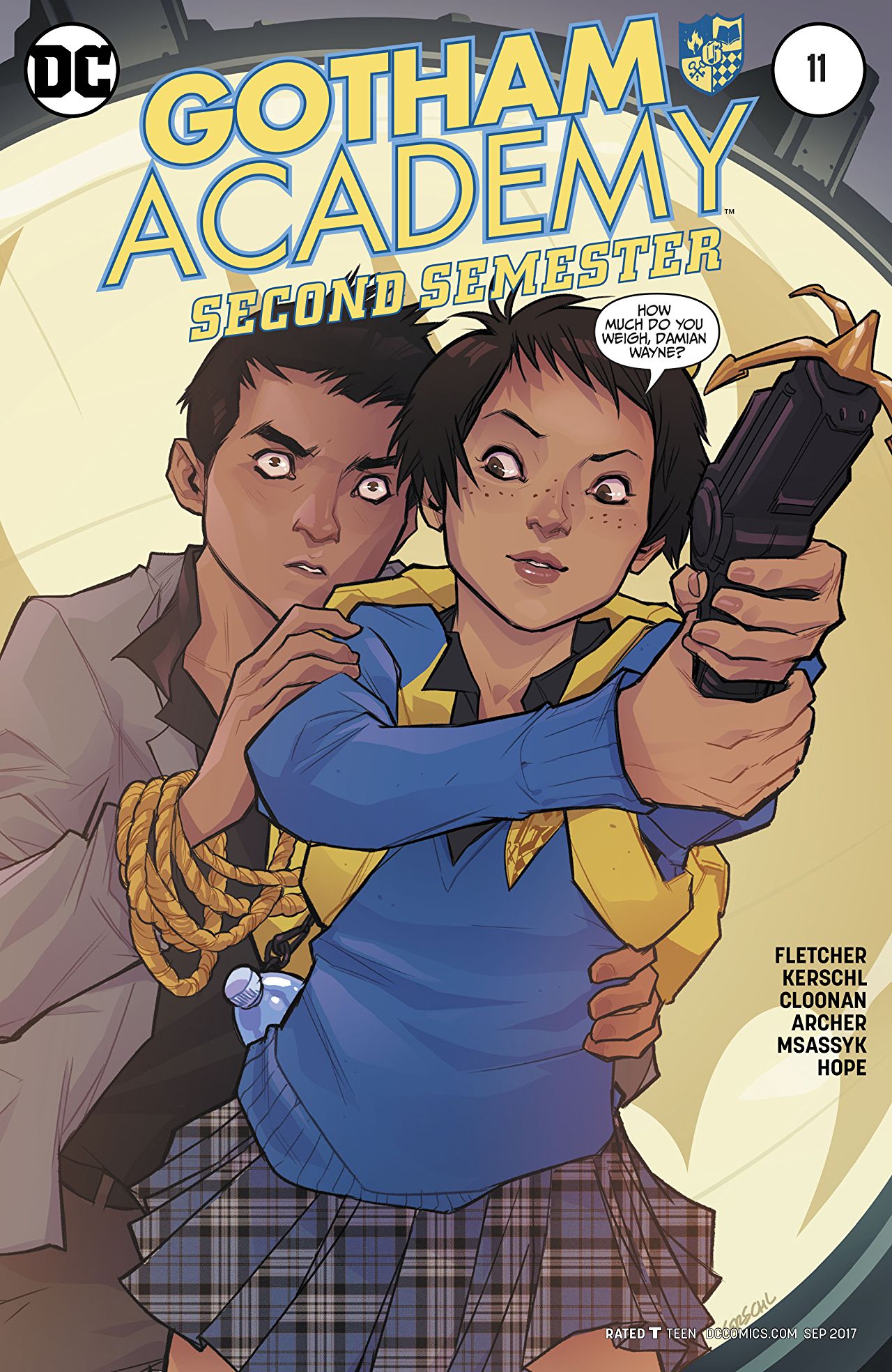 I really wish this series had continued for longer because it was a fun series and I really enjoyed it. Drop a comment below if you liked the series or your thoughts on these issues if you like.

And that’s it for this edition of the DWBC. See you all next time.

Batman and Robin return in “The Sum of Her Parts”.

Well actually now that you mention it Doc Mid-Nite is gonna be a character of interest at the JSA Book Club this week as well. Sort of ironic really though not intentional.

And yeah that was a plug for my other club.

Anyway, I enjoyed Damian’s cameo in this story, even if there was little room for him (or Dick) in this Gary Stu story.

Still and all I liked what little Damian was in these as well as Steph. I did feel like it showed some of Damian’s growth here.

So what did some of you guys think about Damian here @RenegadeRobinsClub? 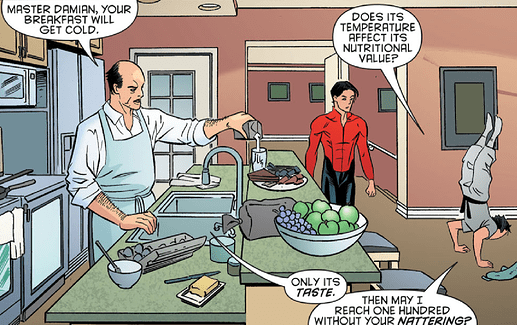 Serve him vichyssoise next time, Alfred.

I did like Damian’s line there. ‘Nattering’ is a great word.

He’s not trying to immediately kill Tim as he did before, which is progress! I think in general he’s given Tim a little more respect than he did before – doesn’t stop Damian from giving Tim loads of grief or smack talking him, but I think considering Tim’s previous and current confrontations with Damian’s grandfather, and the maturing he’s had while working with Dick has made him realize that Tim can be relied on when necessary. That’s probably part of why he was so affected by Tim’s “other side” of the Hit List.

I think like what was established in “Batman Vs Robin,” Damian wants to be a worthy adversary to his grandfather. So sending only a few ninja to take him and Dick out? The same amount he would for some of the civilians? Insulting.

It’s definitely understandable – Tim is one of the Robins closest to having Bruce’s strategic mind, so having his own contingencies makes sense. I think Dick’s right in that Damian would have understood if it was anyone else and he wasn’t still raw from all the other family/trust issues he has.

The fight was okay, I guess, but I think kind of unnecessary. I mean, it’s necessary in that the people who write/edit/publish these stories want to have at least one fight scene per issue. I think there’s also a component of giving Tim fans a thrill in taking Damian down a peg or two, understandably still raw from what Damian did to Tim in “Son of Batman.” I just think the confrontation in the Bunker sufficed in terms of the necessary character drama.