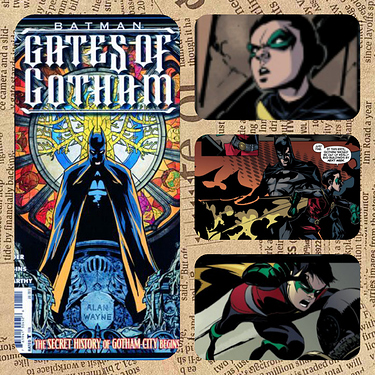 Hello all and welcome to another session of the Damian Wayne Book Club here at Renegade Robins. We’re drawing closer to the end of the Pre-Flashpoint era as well as nearing the end of the partnership between this Dynamic Duo. So lets get started shall we.

Oh, Damian how naive of you. Nothing in the hero business is a waste of time.

And that’s all for this week.

If you’d like to join in on the fun here please join RENEGADE ROBINS.

Hope to see y’all next time!

You can certainly see Snyder laying the foundation (forgive the pun) for his Court of Owls story here.

That’s true. There were aspects of the Architect’s suit that, in hindsight, reminded me of Talon uniforms.

I do have to wonder what the Court of Owls story would have looked like with Dick as Batman rather than Bruce?

I probably would have liked it a whole lot better if it were about Dick. Obviously, all the stuff about Dick’s ancestor would have been front and center. I don’t know if we would have seen Bruce Wayne’s long-lost brother show up.

It would explain the weird tie-ins to Dick’s backstory, actually… was the Court of Owls originally conceived for Dick as Batman? Is that why they put all the Talon stuff into his background?

Yes, it was. The New 52 required that it be changed into a Bruce Wayne story.

Snyder : When I was thinking of it initially as a smaller story, I knew it might have something to do with Dick Grayson back when I was doing Detective Comics. It never quite came together as a Dick Grayson story. It was nothing like how it turned out for Bruce, but I began thinking about a way in which I could have an organization that sort of prayed on kids in the circus come after Dick. 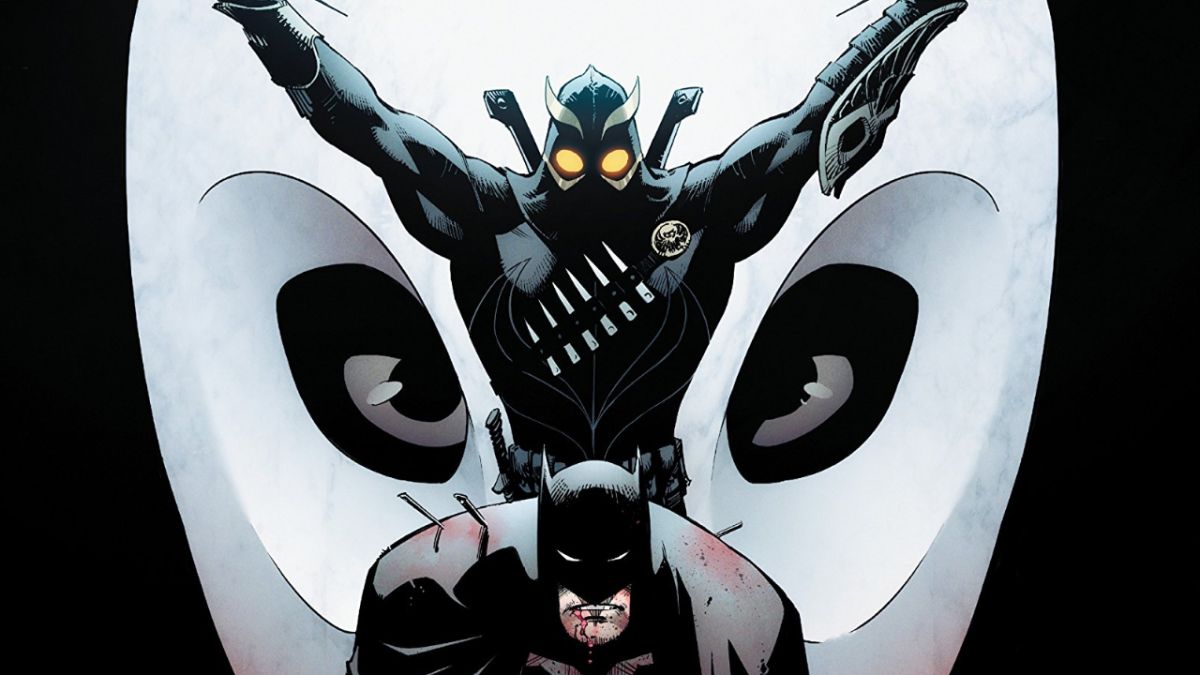 (Also just want to say hi to my girl Cass here. Jason may be my favorite male Bat, but Cass is my favorite female Bat.)

I probably would have liked it a whole lot better if it were about Dick. Obviously, all the stuff about Dick’s ancestor would have been front and center.

Yeah. It did feel like William Cobb and his interactions with Dick were shoved aside for the nonsense with Lincoln March. The Court of Owls/Cobb/Grayson/Haly’s Circus plot being front and center would have turned it from a good story to a great one in my opinion.

It would explain the weird tie-ins to Dick’s backstory, actually

The New 52 required that it be changed into a Bruce Wayne story.

Unfortunately and this caused the story to go sideways. A whole different main plot had to be introduced to make this a Bruce Wayne story and Dick’s plot became secondary to that. The A and B plots of this just didn’t balance each other well enough.

(Also just want to say hi to my girl Cass here. Jason may be my favorite male Bat, but Cass is my favorite female Bat.)

I love Cass in this. She doesn’t take Damian’s crap here and earns his respect. Frankly, I think she intimidates him.

Also, I think it’s worth noting that this story resembles the Destroyer arc from the early 1990s. I’d link the whole story, but while Batman #474 and Legends of the Dark Knight #27 are on DC Universe, the final chapter (Detective Comics #641) is strangely missing.

I hate when there are missing issues in a story. I hope you mentioned that in the print to digital request thread.

I had a missing issue in one of my character reads for my Characters of DC Club. I was covering Zatanna and the story I wanted to to use was “Zatanna’s Search” but it was missing an issue. I was stuck with a summary until someone in the club posted it to the print to digital request thread. Through that they learned it was in another book and I was able to link it.

I joined the Club and read the story. I honestly probably wouldn’t have unless I saw this thread so I want to say thanks for motivating me to do so.

Damian definitely seemed possibly jealous of her “legend” among the League. Possibly like he didn’t really believe it. After she saved his butt he was forced to trust and respect her more I’m sure. I liked when she was not saying anything and letting him go on talking at first.

Not sure what to think about Damian’s reaction to his father returning. I lean towards him being happy about it. At the time I would guess he still wants to prove himself to him.

I very much enjoyed the Gotham history backdrop. I also think Architect is a cool villain with a nice design and hope he gets used more in the future.

Hi @IrishX. Glad to have you joining us.

Damian definitely seemed possibly jealous of her “legend” among the League.

I’m sure he was jealous of her “legend”. He is the grandson of Ra’s after all and she would have been seen as a threat to his birthright within the League by him. He may say she is nothing special but usually when he downplays others he is actually saying the opposite of that.

I also think she intimidates him a bit. She is a much better fighter than he is and I think he knows it. Cass has also managed to, with very little effort (from his point of view), adapt to Batman’s moral code and to have taken it into her heart. She lives it and I think Damian wants to have that too. He’s just not quite there yet.

I lean towards him being happy about it. At the time I would guess he still wants to prove himself to him.

I’m sure he is happy about it too. He hadn’t been around his father for long before Bruce disappeared and immediately on Bruce’s return he left again to start setting up Batman, Inc. And I can definitely see Damian wanting to prove himself to his father. He has come a long way under Dick’s mentorship and care.

I very much enjoyed the Gotham history backdrop.

I’m a history buff myself so learning new things about Gotham City and having that history be the backdrop to this story was enjoyable for me.