It has been a while since Rocksteady has announced anything relating to a future title they are working on. I was wondering in all honesty, what do you guys think their next title will be and why? Do you think it will still be a Batman title? Or something entirely new and different? 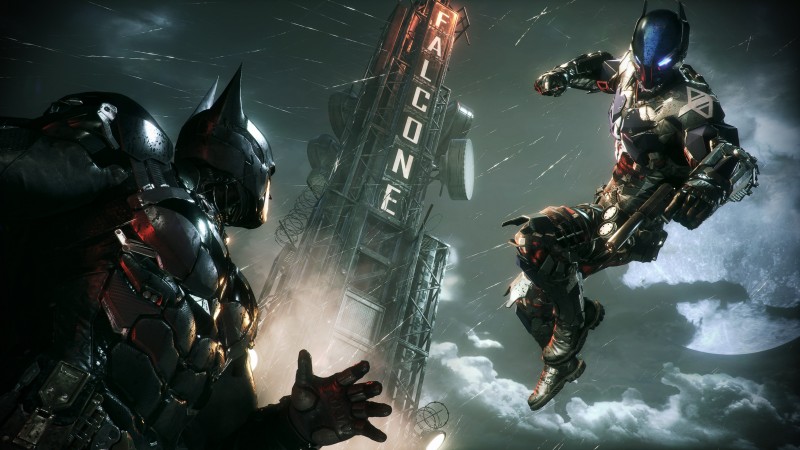 I would be interested in seeing their take on a Superman or Flash game, but I think they will probably do another Batman game.

Last I heard, they’d indicated that it was “about superheroes,” and was not a Superman or Justice League game. Some people were saying it was about a team, but that might have just been reading too much into the use of “superheroes,” plural. If it’s a Batman game, it might have to be a prequel, given how Arkham Knight ended. I wouldn’t be suprised if they’re going somewhere else with it, though. Something like Nightwing, Robin, or Batman Beyond wouldn’t be totally unexpected, but might not be the best money-maker compared to one of the bigger names.

A lot of people were theorizing that it might be a Green Lantern Corps game, but I highly doubt that. It would be far too complex to replicate Green Lantern’s abilities in a playable manner compared to Batman’s.

Balancing the information we know, name recognition, and feasibility of making it playable, I think the most likely candidates, assuming it’s not another Batman game, are Wonder Woman or the Flash.

We know that Warner Brothers Montreal (makers of Arkham Origins) were working on a Suicide Squad game that got scrapped, so they could have handed that over to Rocksteady, I guess.

i think the game they’re working on is Drive biff_pow Crazy.

They’ve pretty much said it won’t be a Batman title. I think they’d make a good Swamp Thing game though. Based on rumors and links I’m pretty sure WB Montreal is working on the next Batman title. Or at least I’m hopeful. That’s what I’m most excited for.

I seen it was leaked game called batman Arkham crisis

@thefallen50.35122, were there any details leaked along with the title?

It supposedly going to base on the court of owls

There was a lot of supposed “leaked” info about Arkham Crisis. There have been several sets of leaks and rumored titles of the next Arkham game. Hard/impossible to tell which is legit. We do know that WB Montreal has had 1-2 canceled games since Origins. Those most likely being a Suicide Squad game and the Damian Wayne Batman game. Along with those rumors is the rumor that Rocksteady picked up making the Suicide Squad game after the WBM One was canceled.

Again, these are all informed rumors and speculation. No facts.

I’ve seen lots of rumors on what’s next. A popular one is a court of owls Batman themed game, I loved the court of owls story line and anything that has tried to play off of it hasn’t been nearly as good. I didn’t like the animated version in Batman v Robin or the Gotham story line. I don’t think you get better than the comics so I hope they don’t go that route as it would be tough to love up to the comic.

I’d like a Batman game that features the Batfamily more and isn’t in a “No Man’s Land” like setting. A vibrant gotham

A daytime Gotham would be nice!!!

For me Im hoping they keep the Batman title and supposedly the rumors of the main villains being the Court of Owls would be amazing. This secret organization nearly made Batman lose his mind from their tactics in the New 52 comics. Just imagine what the developers at Rocksteady could do with certain boss levels and puzzles and mind tricks they could pull on us. But if they decide to do another hero I would really like to see either maybe Flash or Plastic Man.

I liked how the Arkham series ended . I do however believe we need one more great Batman game to remind the mcu fanboys who the war chieftain is. After that definitely a new character should be given the opportunity…personally I would like spawn back but I know he’s not that popular…*sigh

Spawn is coming to Mortal Kombat 11!!!