RobRae or Robin and Raven should be a ship. From the Teen titans show on Cartoon network they have always had a good relationship more than friends some will argue sibling but I believe more of a romantic interest.

Y’know sometimes going full romance ruins everything. Some of the interactions between Dick and Raven or Donna Troy etc feel like they’d be less interesting if there was a forced romance going on. This is coming from someone who does not give a flying F over Dick’s romances with either Kory or Barbara.

I kinda liked how Dick in the cartoon and somewhat in the comics seems like someone who’d never give up on his friends. Kinda feel like that’d be undermined if Robin’s faith/optimism was all him trying to get into everyone’s pants. Plus in the live-action show Dick’s like 20 years older than her.

Also judging by #3 and you did one for Young Justice Artemis (who isn’t really a comic character tbh), guessing you just don’t like his usual ships (which is fine by me)

I know that Dick would do anything for his friends/family which is one of the many reasons he’s a great character. Also you are correct I don’t like Kory or Barbara… (Sorry to those who do.) I know in the live action they make him seem more like a father figure than in Teen Titans 2003. Artemis was in the Young Justice comics that goes with the series but other than that she’s never been in a comic book.

I like thinking that Robin and Raven like each other in Judas Contract and Vs the JL.

I remember when I was a kid watching the show and before I really got into the original comics thinking the same way, but after seeing how they are in the comics (especially after realizing that the Starfire in the comics is MUCH cooler than the one in the cartoon), I prefer the way it plays out, where the two are close friends who get each other in a way few others in their group do.

In the cartoon, oh yeah esp after the 3 parter the end robin was basically her hero
In Titans, hell no hes like 12 years older then her, in fact their getting closer to his damian relationship, which is difficult, because this dick is not ready for that

My observation’s not mainly about the 2003 TV show
(No offense but it’s for kids, granted there are a few things to cherry pick. I’ve simply grown out of it [I’m 23]).

I think it is about time. If Raven really does have to pair up with anyone it would have to be one of Batman’s wards. They played around with the idea with Grayson in The New Teen Titans, the 2003 cartoon, also hinted some affection with Tim Drake in The New 52. The DCAMU has sealed the deal basically with Damian; that cotton candy scene – even though it lasted a few seconds-- it was really calm and soothing. I really wish it was longer.

In fact there’s some real good potential for some real epic tales to be told if one takes into account with both Damian and Raven’s common staples and themes regarding their backgrounds, personalities, and the age old story of the tragic hero.

If anyone here has invested some input in: 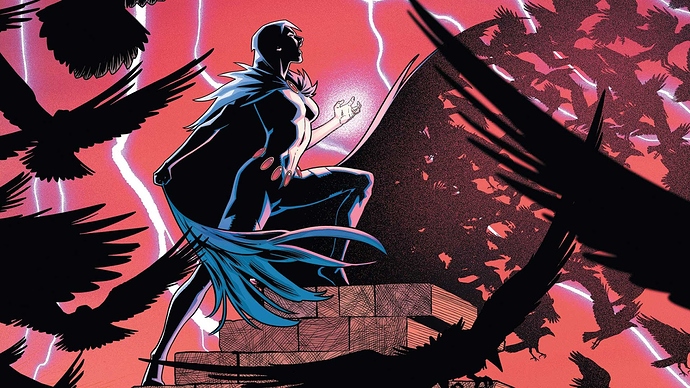 Woah, apologies for the re-upload. Not my intention. Just wanted to uploaded these two pics. 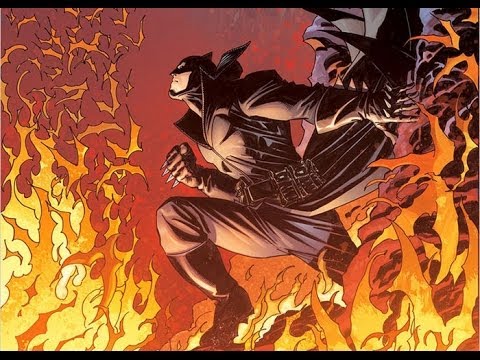 I feel Like Grayson fits more with Starfire. My ideal TT has Raven and Gar younger than Dick and Kori, and fitting on Tims titans more than anything. But I feel like Tim fits well with Raven. The 2014 series, while not perfect, Gave Tim and her a good, if not short lived relation ship. While I like BBxRae, it isn’t ideal.

On teen titans Raven and Grayson are more brother and sister

I see Raven having a relation ship with Garfield though

I think with the right story line guiding it it would be perfect. Just not in anything we’ve seen yet

I can see Damian and Raven in The DCAU.

Robin (Damien) and Raven is a factory fire. One who can’t control their emotions and one that is all they do.

“Here kids, here are some matches and there is a big 55gallon open drum of gasoline. Go play.”

in the show rob and rae are more like brother and sister role, and in the comics, he’s just too old for her. raven’s one true love is gar, i mean just read the early 2000’s run of teen titans, it works perfectly

Personally I don’t really like Garfield and Raven… I’m more into Garfield and Terra and Robin and Raven. In the 2003 show Robin and Raven were the same age. I’m not sure what comic or what year it came out but Garfield liked Kory and in a different one Raven liked Nightwing.