The current era of DC comics is coming to a close which begs the question, what’s next? What does the future look like, and what order should I read it in? Well, we are still figuring some stuff out, but here’s the current reading order. This reading order is for people who know NOTHING about DC Comics and those who know everything alike (so when you see simple explanations, it’s for new readers who want to get into DC Comics but don’t know who anyone is)
(If you want to read the Google Doc Version instead–> Click Here)

While Future State is a good starting point, there are a couple of books you should probably check out or understand going in entirely

Author’s Note: I am still planning to update this with more context including a section explaining the confusing road to death metal. On top of that, expect a super link at the bottom that will connect this page to an entire reading order like my rebirth one. When these stories start coming to DCU Infinite, I will be updating this with links to the comics. Also, if you want to read this reading order with other people, make sure to check out my New to DCU Book Club when it returns at the DCU Infinite Launch

Of course! Let me know if you have questions

@Nathan.Payson
I jumped in to the Dark Knights: Death Metal without reading anything else before (I didn’t know there was important stories to read first). Should I start everything from the beginning to really understand what’s going on and where the Future State is gonna take us or can I just continue reading the DKDM?

I think you should power through. Death Metal’s lead ins are VERY convoluted. I think it might help to know the bare minimum of what happened before you started though. Here’s some context:

" Part 1) Dark Nights: Metal
This is the first Metal Series. I really like it, but Death Metal is something different. In Dark Nights Metal, Batman discovered that there was a dark multiverse as well as the multiverse he lived in. The dark multiverse contains versions of his own worst nightmares. For example, a version of him where he killed joker and was poisoned with Joker toxins. It made him The Batman Who Laughs. 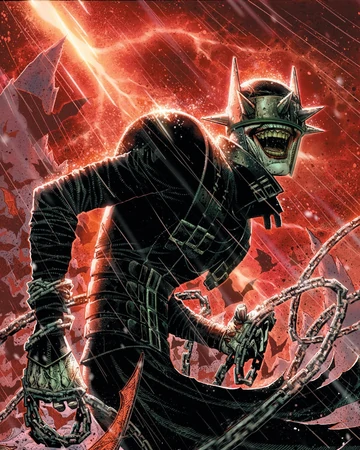 There are other examples, but they aren’t super important for this series.

After Batman discovers the dark multiverse, the Batman who Laughs got 7 evil Batmen together and they tried to take over the good version of Earth (Earth-1, Earth Prime, or Earth-0. I forget what the main world is called these days). In order to beat the Batman who laughs and the evil Batmen, Batman tried to craft a set of armor of nth metal, and discovered the Bat God Barbatos. After freeing a possessed Hawkman. Batman used the world forge which Barbatos was guarding to craft a set of Armor that could fix the universe. Batman removed the evil Batmen from the picture and the heroes won. However, in remaking the universe, they broke the source wall, a magical wall that exists at the edge of the universe to protect the universe.

Wonder Woman: Diana Prince. You should know her from the Wonder Woman movies. She also has an invisible jet. That’s all you really need to know for this.

Lobo: A Pale Alien Humanoid who regenerates quickly and is very Metal.

Wally West (Redhead with Blue Flash Suit: He is the 2nd Flash. We will discuss his past more later. For now, just know that he has some of the power of Doctor Manhattan.

Doctor Manhattan: A being from the Watchmen comic who has been manipulating DC. He is basically omnipotent and omniscient and omnipresent.

Hope that helps. If you are vaguely aware of this, then you will be fine.

PS. Thanks for asking me this!

(Also of note, the context is part of a book club for DCUI I’m prepping. I am prepping for the relaunch of the New to DCU Book club where we will be reading a lot of stuff on here with context guides like that one I just gave you for Death Metal #1-2.)