Obviously for a full breakdown of what’s coming its hard to do because there are so many. You can see the full list here 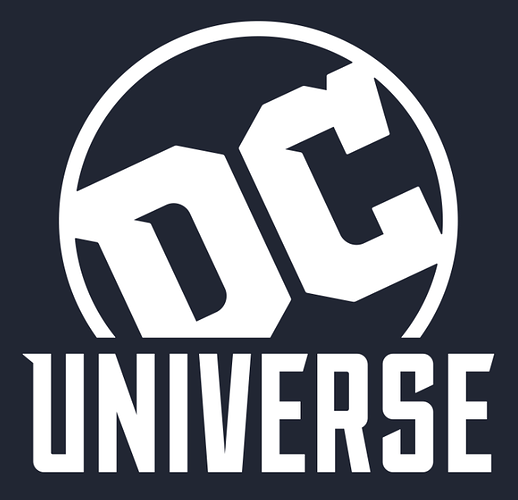 & 🚨IF YOU HAVE QUESTIONS, PLEASE, PLEASE​🚨 respond to the Master FAQ thread, found on the front page of our community, or by following this link: https://www.dcuniverse.com/community/boards/watchtower/master-topic-submit-all-qu ...

First off the best highlights of the Classic Era addition’s are:

Saga of the Swamp Thing <-- Was already out but strong recommendation with Swamp Thing coming out.

Amethyst: Princess of Gemworld <-- a perfect read for those wanting to read Bendis’s Young Justice

Showcase <-- Early showcase very famously was an effort to try new characters. Some of those characters are the Silver Age Flash, the Challengers of the Unknown, Space Ranger, Adam Strange, Rip Hunter, the Silver Age Green Lantern, the Silver Age Atom, the Metal Men, the Creeper, the Hawk and Dove, the Silver Age Spectre, and Bat Lash. Just to name a few. Lois Lane also got her own series after showcase

Adventure Comics #346 - 380 <-- This series is one of the gems of DC Silver Age being written by someone who would go on to be called “the Marvel Writer” Jim Shooter. If you like Silver Age Marvel this is a perfect title to read.

Now the other part I wanted to talk about is how DC Unlimited will look after everything arrives this month.
I have written a report about the state of Rebirth 1 year ago which should answer some questions but I want to tell you what to read and what not to read as DC Rebirth Approaches.

Investigative Report: The State of Rebirth around the time DCU will become...

Here are the top 10 things to read and 5 things not to read.
7. Green Lanterns #1-32 This Sam Humphries series is wonderful in every way as Jessica and Simon may develop more than just about anyone in DC Rebirth with Jessica getting her first Film Appearence with Justice League vs. The Fatal Five!
6. Hal Jordan and the Green Lantern Corps #1-34. This series is fantastically done and moves at a great pace. It’s unlike any other DC Series and on top of that, the ending on DCU is roughly where the series actually leaves off by April. Only about 7ish issues behind. The teaser at #34 is the teaser that Dark Nights Metal teases. Overall great choice.
5. Supersons #1-10. If you want something wholesome read #1-10 of supersons. This series is the perfect explanation of where Superman is at as a perfect explanation for where superman is heading as Bendis takes over. When DC Unlimited releases, read The Supersons of Tomorrow Crossover and then #13-15 to be fully caught up. The series is also relaunching in August with the fantastic Adventures of the Supersons.
4.DC Rebirth #1. After three years of rebirth, there are still teases that haven’t been explained like the Three Jokers. That being said, as of April more of those teases have either been explained or are about to be explained so its a great title to read.
3. The Button Crossover. DC is in the middle of Doomsday Clock (Still) and this series will shape the world of DC following its conclusion, if it ever ends, and you will be able to read #1-4 of course one year later we are only on #9 so its your choice.
2. Read Batman #1- 32 and #37. As DC Rebirth Continues Tom King will become a bigger writer for DC. He will be writing Heroes in Crisis, Mister Miracle, Batman, and Batman/Elmer Fudd. It’s important to 1 read his books and 2. remember that Batman #50 is coming up as one of four noteworthy events in DC’s Summer of Events.
1.Dark Knights Metal #1-6 It was a real tossup between this and Batman however this one because of the graphic I displayed along with this post. DC in April through September was defined by Dark Nights Metal’s aftermath. The New Age of Heroes, Scott Snyder’s Justice League run, Teen Titans and Titans, Hawkman, Darkstars, Dark Gods, and Atlantis Rising are all of the next couple months.

What not to read
7. Batgirl and the Birds of Prey - A fantastic look at the role of Batgirl and her relationship to Oracle but the series will get cancelled in May too. That’s most of my Do Not Read list are comics that are getting rebooted or more.
6. Superman This is the hardest one to stomach as the series is part of the best Superman Run I’ve ever read. The only problem is that Bendis is replacing Superman and forgetting everything that was good about this series with his own spin. I’m sorry but Bendis ruined this run. If you like superman and get sick of Bendis’s run though. Read this and Below
5. Action Comics Look above. (I’m actually tearing up writing this… You probably won’t believe me but that’s fine by me)
4. Detective Comics - This was another hard one to stomach as its the first comic series I’ve ever cried in. There’s a moment that I’m not going to spoil that genuinely was really sad toward the end of the run. However, Tomasi is taking over this run after getting kicked off of Superman. Tomasi is focusing on a globetrotting Batman Story which is actually really good. Just I miss my Clayface and Friends Team.
3. Blue Beetle - This is another series that burnt out getting cancelled in February. It also relies on a strong understanding of Jaime’s supporting cast out of the gate.
2. Cyborg - The series is relatively good but the series didn’t perform well enough and gets cancelled in June. Cyborg also gets demoted in a sense to Justice League Odyssey instead of the Justice League. That’s probably telling.

Hey, I’m trying to figure out how to help everyone get “Caught up” or at least find good entry points into rebirth as we enter the DC Unlimited Update. So I figured we should tackle some of the biggest moments in rebirth. This week starting with The... 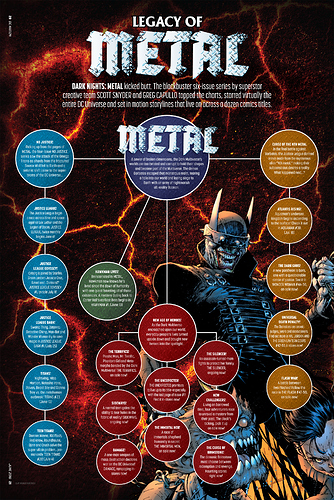 I thought of another Don’t read Title.

Don’t read All-Star Batman - Fantastic series but it only made it 14 months.

@Redhood, A classic Batman story? Hmm It’s not lesser known but I just read Court of the Owls. (Loved it)

If you haven’t read the I am Bane Story Arc or The War of Jokes and Riddles that’s a must.

For an older series, I’m out of my comfort zone. (Rebirth was when I started reading comics) but I liked Long Halloween (Not on DCU right now).
Zero year and its tie ins are a great look at Gotham in a state of Crisis.

I guess you could look into Detective Comics Rebirth but its on my don’t read list.

Finally, I would suggest Gotham Central.

For any more ideas here’s a link to an article I found
https://www.wired.com/2014/09/gotham-reading-list/

@mtlee I actually liked Batgirl and the Birds of Prey but its not a useful series for trying to catch up for DC Unlimited.