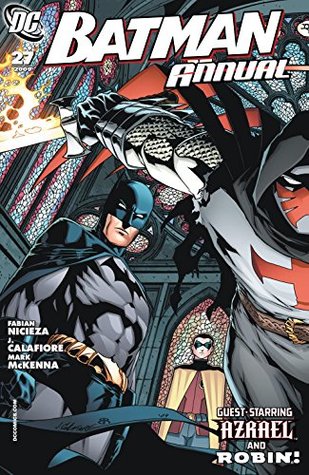 Welcome fans of the Son of Batman to another session of the Damian Wayne Book Club here at Renegade Robins. This week we present to you the return of our old pal Jason Todd AKA The Red Hood along with some other zany villains, some unexpected heroes and one zombie Bat. So sit back my friends, grab a cuppa and lets see how Damian handles this encounter with the former second Robin. 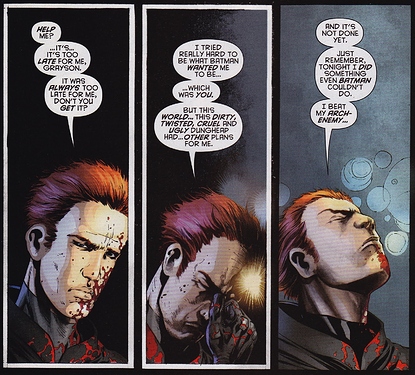 Jaybird is suffering from Red Hood kitten loss. He misses his kitten. We’ll just draw one in for him.

Adventures of the Super Sons #10 (Coming May 5th 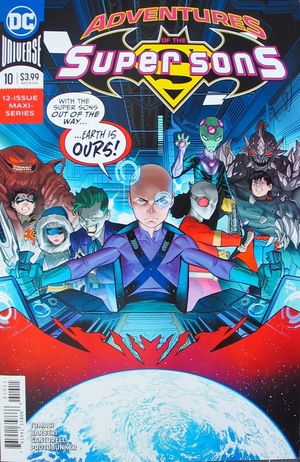 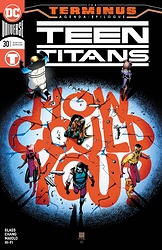 Which Dynamic Duo would you chose for Gotham?

That’s all this week. See you all next time!

Next Time on RR: JT

Jason Todd is dead and here is the aftermath.

In Two Weeks on RR: DW

Damian faces challenges on all sides in “Batman vs Robin” and “Batman and Robin Must Die”.

I’m not quite sure what to make of Grant’s take on Jason, but it’s probably better than the one in Battle for the Cowl.

@AlexanderKnox. To be honest I don’t like Grant’s take on a lot of characters myself but his Jason I really don’t like. I realise he’s likely feeding off previous writers but still I find his Jason whiny and annoying. (Funnily enough that’s a complaint people have made about Jason when he was Robin.)

I do like the Red Hood & Scarlet duo, though.

I just realized that DCU is missing the backup stories in the 'Tec annual. I need to find out what happened to Babs!

As strange as it sounds I like the Red Hood and Scarlet duo too. I think that Sasha was just what Jason needed at the time. I wish we could have seen what this partnership could have done for both of them. Some interesting stories could have come out of that I feel.

I absolutely LOATHE this take on Jason Todd, and I’m so glad it didn’t take. Probably my least favorite Morrison story.

I was likewise glad it didn’t take. It was my least favorite take on the character even if I liked some aspects such as Jason and Sasha’s partnership.

In the two Annuals we see Damian going under cover as one of the “Keys” needed to resurrect the Eighth Sinner. What did you all think of his disguise?

In a story that otherwise didn’t do much to hook me (okay, it had Rene Montoya’s Question, but she’s canceled out by Azrael

), Damian’s undercover work was the real highlight. Of course he’s the perfect person to pose as a snotty little rich kid!

I really liked him here. He really fit the part of a snotty rich kid. It was kinda cool seeing him putting on the disguise too.

In the two Annuals we see Damian going under cover as one of the “Keys” needed to resurrect the Eighth Sinner. What did you all think of his disguise?

Seemed perfect to me - and you have to be a master of disguise to be a member of the Bat family, don’t you? I did like the line of the role of spoiled & entitled (or whatever it was) wouldn’t be much of a stretch for him.

Do you agree with the action he decided to take while he was kidnapped?

I think it’s easy to predict what Damian is going to do given his strong character, and Dick had included that in his plan. Plus, I was falling asleep while reading that second Annual, do may not remember exactly what you’re asking about.

I did like that Damian’s focus was on the kids despite of what Azrael was up to - I think that shows that Dick’s training is having a positive effect.

Damian is continuing to learn under Dick’s tutelage. What did you think of the lessons Dick imparts in these issues?

Oh! Um…see my answer above.

What did you think of Damian’s encounters with the villains in these issues?

Well, it sure does suck he got shot, huh? Too bad Talia’s physicians weren’t around back when Bruce got his back broke. Would have saved us a lot of 90’s flavored comics.

I’m going to go w/ the Oracle back-up. I’m not an Azrael fax, and like I said above, I really can’t stand this version of Jason Todd. My head cannon says that’s not even really him.

It would be cool to know what happened to Scarlet, though.

Is it also worth noting that we’ve established in the Jason Todd sessions that he did not have dark red hair in his pre-Crisis appearances? Maybe it was light orange, but it was probably strawberry blond. I don’t want to say that Morrison relies too much on his own faulty memory with his callbacks to 1980s comics, but…

Slowly but surely catching up!

Like Dick said, going undercover as a spoiled and pompous child isn’t exactly the greatest challenge he’s ever had. Honestly, there wasn’t enough in the story to really judge that. It would have almost been interesting if Batman and co didn’t tell the parents and Damian actually had to impersonate and live the life of a “normal” boy for a while. But that’s not the story they were telling, so I’m not gonna knock it for that.

I mean, leaving a group of kids to a bunch of religious nuts who intends to sacrifice them all doesn’t sound all that great. But, considering they were trying to be meticulous and had a strict order in how they did things, it made sense as a calculated risk to go and get help.

I think Dick is doing his best to not really chastize or shame Damian, but more subtly show him a better path, and let the role and legacy that Damian has put himself in handle the bulk of it. I think it works for this strong-willed child, especially when the one teaching him needs a light hand.

The villains in the Annuals are honestly complete nothingburgers. I’m already forgetting them as I type. That story was more for the hero interactions anyway, like Dick teaming up with The Question and Azrael teaming up with Robin. I did laugh at Azrael, of all people, calling Robin the scary one.

Honestly, I’m kind of surprised that everyone here is hating this take on Jason, because honestly, I think it’s FAR better than what the character had been dealing with since his resurrection under Winnick. What Jason was doing in his arc felt like a logical progression to what he was doing in Under the Red Hood, and him using social media and even a paid telephone line in some delicious meta was really fun. In terms of Damian, it was cool to see the “problem child” Robins clashing it out, as well as Damian dealing with his conscience when realizing he’s fighting against the girl, Scarlet, he failed to save.

Then in Blackest Knight, it was cool seeing Damian fight his zombie father. Damian being in the wheelchair gave him a good…obstacle, and made him rely more on his brains and cunning traps more than his fists.

Hmm…the Annuals are just…okay, nothing to really write home about.

The B&R issues are harder to grade…I liked Revenge of the Red Hood’s story, but the art by Phillip Tan was rather weak and messy. The plot of Blackest Knight was decent too (loved the Dick and Batwoman team-up), and the art was better, though hard to enjoy considering what was learned about the artist this year. I think I’ll go with Revenge of the Red Hood for favorite.

I’m not quite sure what to make of Grant’s take on Jason, but it’s probably better than the one in Battle for the Cowl.

Much like Daniel’s Life After Death arc, not exactly a high bar to pass.

I just realized that DCU is missing the backup stories in the 'Tec annual. I need to find out what happened to Babs!

I was thinking about that too! I mean, I’m pretty sure the other forensic scientist or whoever was the one formulating the kills, but still, I wanted to see Babs unmask the guy!

Speaking of back-ups, I really loved that two page chibbi story by Dustin Nguyen and Derick Fridolfs. I’m pretty sure that was the story that later sparked Lil’ Gotham.

I wish we could have seen what this partnership could have done for both of them. Some interesting stories could have come out of that I feel.

Agreed. Thankfully we do see Scarlet again at a later point. I forget if it was near the end of this run, or in Convergence.

I don’t want to say that Morrison relies too much on his own faulty memory with his callbacks to 1980s comics, but…

I mean, dude did turn Talia into Chloroform Lady because he forgot how Son of the Demon went, I think it’s fair.