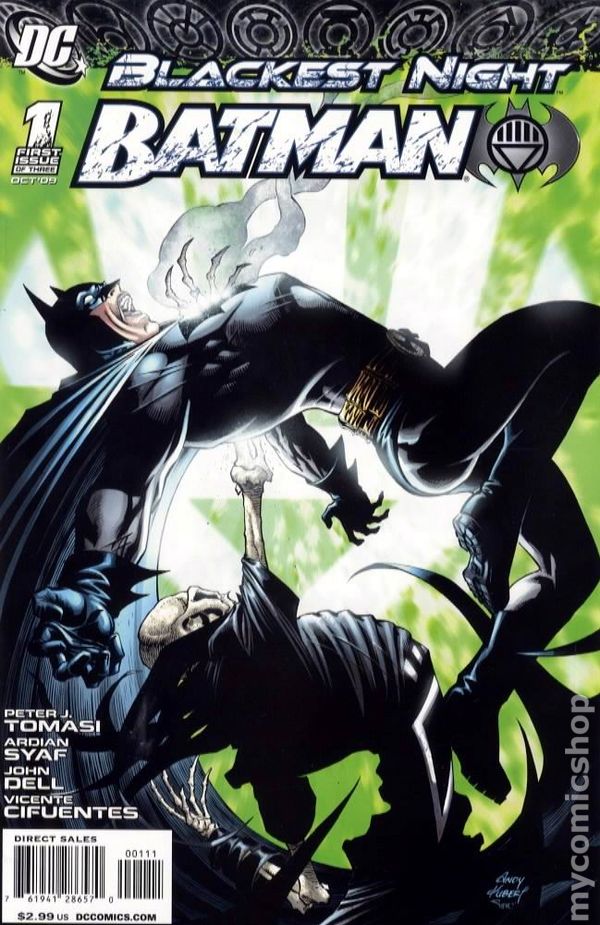 Hello and welcome to another session of the Damian Wayne Book Club here at Renegade Robins. Last time we were following along as a new Dynamic Duo hit the streets of Gotham and we will be returning to both of those titles in due time. Right now I want to turn your attention to some other stories: The first set are the tie-in issues to the Blackest Night event. The second features an encounter between Damian and the new Batgirl: Stephanie Brown. And lastly, just for an additional bit of lightheartedness, a few issues of Li"l Gotham to round things out. (Yeah Li’l Gotham was published later but so what. It’s a fun book.)

Adventures of the Super Sons #9 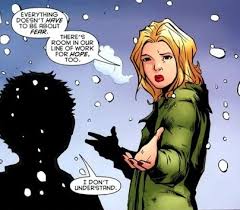 For those who have read Blackest Night how do the above issues compare to other tie-ins?

And that’s all he wrote this week. Please be sure to follow the Renegade Robins link to join.

Next week see what adventures Jason Todd has as the Jason Todd Book Club takes a look at Ten Nights of the Beast.

And in two weeks Damian makes a new friend. Don’t believe me than tune in and see just how it happens.

Steph’s interactions with Damian are the reason I love him as a character. She showed me a way into his hostile, entitled exterior, into the trauma and desire to do good - and be a little boy - that are there. All of their interactions were gold - just full of wit and emotion. But perhaps the best panel would be the one you picked. There’s funnier - the “All the knives you know about” panel, the “what chest”, so many - but that line is so important for Damian at this time, I think.

And Damian in Li’l Gotham is delightful. You wish he could have that life in normal comics, just as you know he can’t.

but that line is so important for Damian at this time, I think

I agree with you there @millernumber1. It’s just as important for Damian to hear that from Steph as it is for him to hear Dick telling him “No guns. Not only to honor Bruce’s memory, but it’s the way this works. It’s our code.” which was said in the second Batman: Blackest Night issue. I paired these two books specifically because they contain these sort of teaching moments in them that help Damian to start to develop a new outlook on his life and show him that maybe what he 's been taught all his life was wrong.

And Damian in Li’l Gotham is great for sure. 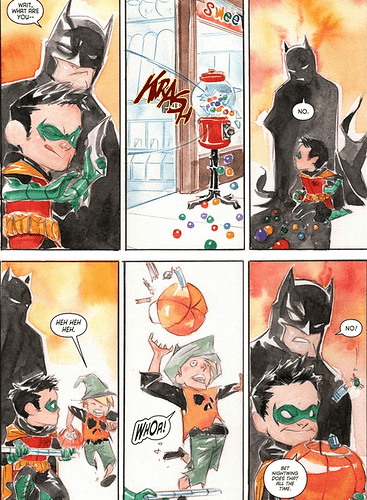 I’m so stoked to read this one! Anything even remotely GL related, I’m down for. I’ll be back with my answers and opinions

I’d love to hear them @BigGLfan.

I think these two questions can be answered together. While some of the other writers are slowly getting a grip on Damian, Tomasi nails him perfectly from the outset. As such, his presence in this event is less jarring and unwelcome than it was in the event that ostensibly had more to do with Damian. We get to see the kid deal with death in a more personal way than his training had ever allowed, which helps to humanize him.

He’s a part of the family now and, while still instinctively wants to do his own thing, he’s willing to follow orders and learn new things. He seemed more of an antagonist in the Resurrection issues at times which isn’t the case in Blackest Night.

what did you think of Tomasi’s characterization in these Blackest Night tie-in issues? Was it better or worse than previous writers’ attempts at writing him?

Better here as Damian’s character and relationships with the rest of the family have become more soldified.

In the Batgirl issues what did you think of Damian’s interactions with Stephanie and her’s with him?

Love 'em! They really had a great big sister/little brother love/hate thing going on. I miss Stephanie as Batgirl and, really, all the growth her character has gone through in this past continuity.

What was your favorite panel in the Batgirl issues?

Nothing stuck out particularly, however I will say that I did not like the design of her whatever-you-call-that vehicle.

What are your thoughts on Damian in Batman: Lil Gotham?

I loved that but where he was offended by his balloon’s big head. Also, when Batman observed he didn’t know Robin could play an instrument and Robin is all, “You don’t everything about the League of Assassins.” Tee hee.

For those who have read Blackest Night how do the above issues compare to other tie-ins?

Once again, I’m convinced that writers of legacy characters should have been allowed to keep playing in their pre-Flashpoint sandbox (a la Earth-2 in the 1960s-1980s) even as the other titles moved on to the New 52

I totally agree with you there @AlexanderKnox. It would have been nice to see something like that happen. I was not pleased with the loss of Steph and Cass for one nor was I pleased to lose the Dick and Damian partnership. I would have been really happy to see it continue on some other earth.

Another agreement for me. I was so frustrated, angry, and sad at the loss of Steph, Cass, and Helena Bertinelli that I stopped buying and reading DC Comics until 2014, when they all started coming back again.

Since RIP had some tie-in issues (even if some were just to get more eyes looking at it) and Battle for the Cowl had a lot of issues, wouldn’t this be more like his forth appearance in an event?

Anyway, it’s pretty good. I like how he’s part of and working with the family for once (though in previous issues I’d call him less of a villain and more of a foil), but still learning the ropes. I just kind of wish there was more stuff here to affect Damian as a character other than just being freaked out by the zombies. I mean, the big dead character they could use for Damian was Bruce, and they were waiting to drop him in the main book, so I can kind of understand why they didn’t.

Definitely better. It makes sense, since I believe Tomasi was Morrison’s editor for a while, so it makes sense he’d have a good handle on how his characters act and operate.

I think it was good to see Damian start to really work with more people in the family outside of Dick. These issues are definitely an important step in his growth. It also I think started to show his more chauvinistic side which is an ongoing flaw – which makes sense, considering how he was raised by Ra’s who is the biggest chauvinist in the Batman side of things. I think after this point it’s 50/50 on being played for laughs more than anything, but I think here it’s broken down a bit and Damian starts to respect this young woman who he immediately dismisses as someone who is a worthy ally.

The “what chest” bit is iconic (though ironic, considering how she was drawn during her time as Robin), but I think my favorite is him in civilian clothes waiting for Steph, and one of the students around her calling him “That Omen Kid.” I think that was the first time they literally mentioned Damian’s name as an in-joke about the movie.

He definitely feels more like a little kid and more relatable here, though considering the lighter stories they’re dealing with, it makes sense that he’s more just a really high-strung yet egotistical kid. Reading these again, I wonder if these books were in the showrunners minds when they wrote Damian into the Harley Quinn animated series.