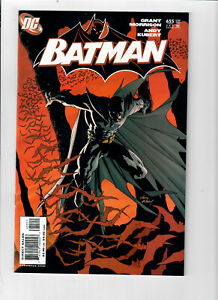 Welcome Renegade Robin followers to the first week of the Damian Wayne Book Club. I’m JasonTodd428 and I will be your host for this episode of RR. I look forward to reading, watching and discussing the character and stories of the Son of the Bat with all of you. So let’s get started shall we. 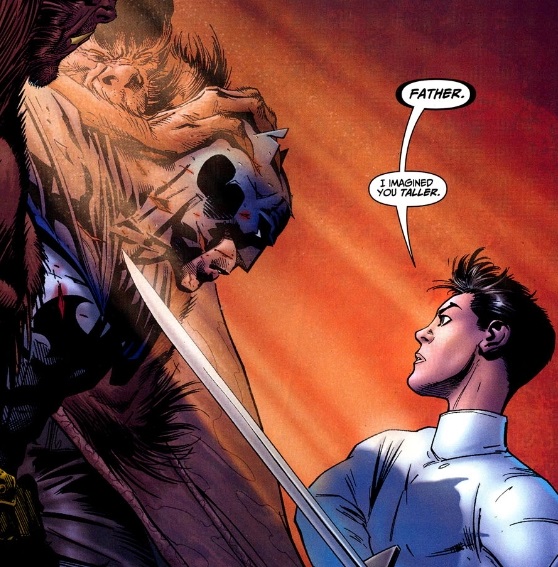 Damian Wayne (or at least his precursor) was first introduced in the out of continuity story “Batman: Son of the Demon”. Grant Morrison used this story as a basis for creating Damian and this first week we will be reading “Batman and Son” which expands on “Son of the Demon” as well as some lead up stories to the selections for two weeks from now.

NEWS OF THE DEMON: (WHERE TO FIND DAMIAN THIS MONTH)

CURRENTLY APPEARING IN THE FOLLOWING TITLES : 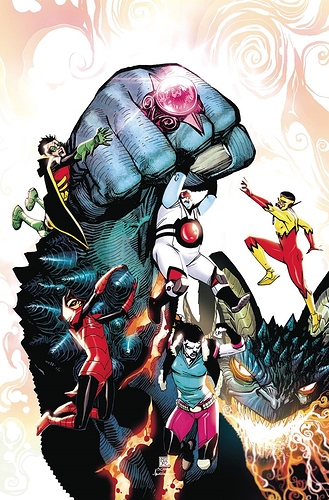 0198612371-full659×1000 223 KB
The “Djinn War” has begun! Adam Glass is joined by new co-writer Robbie Thompson (Spider-Man/Deadpool, Spidey, Meet the Skrulls) and new artist Eduardo Pansica (Supergirl) for the Teen Titans’ next thrilling adventure! Trapped in her ring with no escape, Djinn finds herself on the inside looking out as the Teen Titans go hunting for Djinn’s older brother Elias, the only one capable of saving her. But Elias’s dark side is the stuff of legends…and the Teen Titans know he can’t be trusted. With Deathstroke, Lobo, and the Other in their rearview mirror…this team is about to go on their most dangerous mission yet 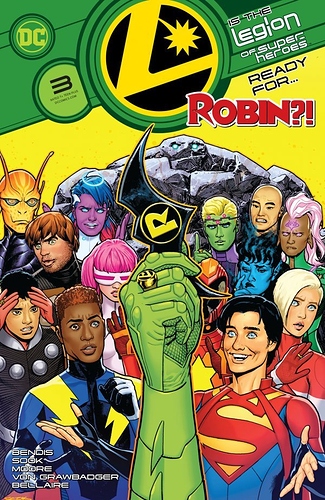 large-3936988600×923 193 KB
You knew there was no way Jon Kent was going to leave his best friend behind! Welcome to the future, Damian Wayne! (This is such a terrible idea!) Also, meet the new Legionnaires as they head to a secret undercover mission on the first man-made planet: Planet Gotham. Every page of this new DC epic plants seeds and ideas that will blast out across the DC Universe for months to come! All this, and Monster Boy is on the loose!

That’s all I have for you today Damian fans.

THE REST OF THE MONTH:

I absolutely love Son of the Demon, and I’m happy that Grant Morrison brought it back in some fashion two decades after the DC editorial staff threw a fit at Mike Barr for daring to give Bruce a child. Of course, it might have helped if Morrison had taken 15 minutes to glance back over the story and get the setting right.

Of course, it might have helped if Morrison had taken 15 minutes to glance back over the story and get the setting right.

That always annoys me about this run, that and honestly Morrison’s take on Talia in general.

But anyway, very much looking forward to rereading these stories.

I was not a fan of Morrison’s Talia at all and this was a feeling that only worsened with time.

I like the take on Talia simply because she was getting a bit stale, but I get why not everyone’s a fan. (I’m certainly not a fan of how the animated film Son of Batman tried to tone down her heel turn by introducing Deathstroke the Terminator into the proceedings.)

My bigger gripe comes with the New 52, where Damian’s origin becomes about 70% more ridiculous thanks to the inconsistent universe reboot.

Just about everyone’s origins got 70% or more ridiculous with the N52.

Ninja man-bats are just the thing you need to get rid of unwanted guests amiright.

Speaking of Man-Bat, I love that Kirk looks like he has wandered straight out of his earliest comic appearances, from his clothing to his posture. I’m also a sucker for Morrison’s use of Roy Lichtenstein paintings as a fill-in for the William Dozier-style onomatopoeia. And we get a reference to Bruce’s aunt Agatha! Gotta love those obscure 1950s nods.

Morrison is the king when it comes to obscure references. It’s one of the things I do like about his Batman run.

It’s been awhile since I read them for the first time, so I don’t recall what surprised me originally and what didn’t. I can say I really didn’t like Damian when he was introduced. Re-reading these issues with hindsight these years later, I find him tolerable.

I like him as the current Robin, but it could have been cool keeping him in the villian side of things. That would have been an interesting dynamic.

One thing I never understood is why he was so willing to go against momma and foil her plans. Just for fun?

For those that have already read these issues what was your reaction to this news back at the time you first read it.?

It was interesting and I was intrigued on where Morrison was gonna go. I don’t think I completely trusted that it was his kid right away, though.

What did you think of the History of Ra’s al Ghul that was presented in Batman Annual #26?

Neutral, really, but liked the end where it seems like, wait, was that bs made up by the nutty dude?

The first story in the Robin Annual is one in which Robin (Tim Drake) works with Bullock. How would you say this story compares to the one we read last week featuring Bullock and Robin (Jason Todd)?

Oh, the Jason Todd/Bullock partnership far outshines this. But it was still a fun read. Did the Great Pumpkin lady ever show up again?

It’s billed as a “sneak peek” into the Resurrection of Ra’s al Ghul according to the cover but was it really or was Batman Annual #26 more of one?

I don’t recall all the details of this next storyline, but the Batman annual seemed like a direct prequel, whereas this was a more spiritual one.

My bigger gripe comes with the New 52, where Damian’s origin becomes about 70% more ridiculous thanks to the inconsistent universe reboot.

Okay, wait…when did Batman hook up with Talia in the new 52? Before he was Batman?

And that is one of many problens with the continuity (or lack thereof) of the N52.

Damian was “birthed, incubated and aged in an accelerated manner (physically 10 years old)” by Year Six, according to the New 52 timeline.

Ohhh…so he’d be old enough to be a vessel for his grandpappy. I get it.

As I recall, it’s established later in Peter Tomasi’s Batman & Robin run about half-way through.

I feel sorry for him. For all of his arrogance, he’s just confused, scared, and desperate for approval. It’s heartbreaking at the end of the first arc when he says that he just wants his family together.

At the time, I was skeptical, but as with Superman in Rebirth, it was the right call.

I’ve never found RAG’s origin story that interesting. If I have to read about it, I guess I’d favor Denny’s Birth of the Demon.

It was an amusing coincidence, but almost nothing was done with it here.

I found it pretty weak as both a standalone story and a tease for the upcoming story. It’s a tad too early for other writers to have a good handle on Damian.

It makes a whole lot more sense in retrospect than it did at the time.