Red Hood Is the Best Member of the Batfamily 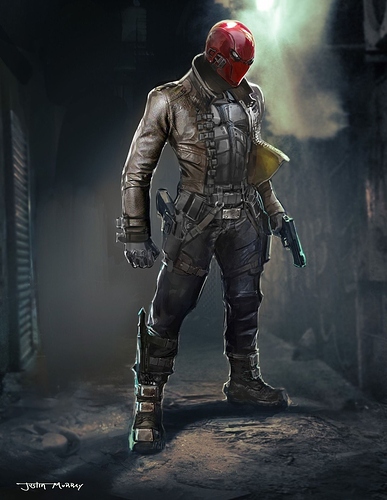 Not I. By far the lamest of the bunch. I’d even take Bat-Mite over RH.

Not exactly a fan of him, myself.
To be fair, he’s not the worst ally. There’s definitely at least one character that’s worse by far.
But one would have to define the parameters of what makes a character “best”.
But in any event, there is that one character that will always be worst.

He’s definitely my second favorite, but it’s hard to compete with 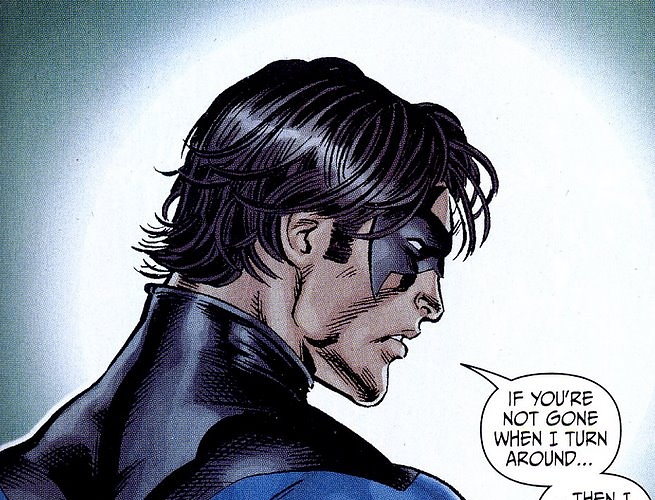 @Mr_Morbach Your talking about Damian right? Ya I dislike him a lot lol

Nope. Harper Row. I don’t consider her “in the family”, which is why I stipulated “ally”. Damien’s a jerk, yeah, but before I dropped the Bat titles, he was getting better. That, and he actually has a pedigree that makes his jerkiness and entitlement understandable, though most of the time no one really let him get away with it.
Harper was basically written as a composite Bat Kid, all their skills, but “better”, without weaknesses, effort, any kind of development, likeability, struggle–I could go on, but I think you get the idea.

So I love the concept of Jason, but if I’m totally honest, I’ve yet to read him as Red Hood. Slooooowly catching up. Hope I’m not disappointed, heh heh.

Annnnd I’m a little disappointed I didn’t get to see a Bat-Mite v Red Hood debate break out. I was looking forward to it in a circus-on-fire kind of way.

Honestly, the Red Hood is a nice idea, but the way he’s written since around Flashpoint or so depends entirely on the premise that everyone else just kind of ignores that he’s a homicidal maniac so he can be the cool bad boy. It’s actually really frustrating. And no, occasionally agreeing to kill people less than usual would probably not make him fit in any better.

I’ll take him over Damian, but I’d definitely rank Bat-Mite solidly ahead of them both.

There are things about Red Hood I can understand finding appealing as a character. We’ve seen in numerous movies how popular gun-kata can be, and when heroes just lay waste to those in their path (John Wick has three movies, Denzel Washington’s The Equalizer got two), and Jason has that rebellious gunslinger revenge fantasy motif going. The problem since Flashpoint was that, as BatJamags said, everyone seemed pretty okay with him eschewing everything he was taught. At most, other sidekicks seem comically disapproving of stuff he says or does; they don’t take his transgressions as seriously, Rebirth notwithstanding. It makes it feel like Batman’s “one rule” is less a hard line never to cross, and more a stern recommendation.

That said, pre-Flashpoint Todd was compelling and interesting, even if it was yet another resurrected character. He died at the hands of Batman’s most notorious nemesis, and wanted to show his mentor up at his own crime-fighting game. He was dangerous, he was technically going after bad people–but resorted to their tactics, letting some operate as usual (if provisionally), and even attacked his former Bat-family members. After the reboot, it’s like they didn’t know what to do with him, or how to reconcile his actions with the morals of Bruce and the others (though reconciliation of disparate elements seems an excruciatingly common problem for some writers in recent years).

This could be chocked up to certain editorial and writing parties at DC, who often seem to think the solution to all their problems is “let’s just pretend that other stuff didn’t happen, or at least wasn’t a problem.”

Personally I agree. To me he is so much more than just anger and revenge and I’m surprised how people see him with nothing more than that.

He was a tough kid, and really fighted to become someone in the batfamily. I mean, a street kid, a real root grass hero who struggled over his dark past and eager to be attached to a family, who finally grown up to a hero that’s just epic and can never be replaced.

He wasn’t well taken care of or trained by anyone like the other robins, he was like constantly dying, getting killed, memory lost, a whole mess of life he lived and yet still he never stopped fighting. When he spat his teeth (or blood ) in the face of joker I kind like fell in love with this character right after. That’s just him, never stopped fighting or even run away from whatever horror that is laid before him, even as a kid who owned nothing more than just his own childish bravery(so you called him arrogance and cocky).

To be a hero he has suffered so much more and his struggle was totally different from Damian, Damian is more like a dark prince who struggled to get rid of the negative inluence put on him. Jason Todd is nothing like that, Damian was born an elite, excellent fighter and everything a kid can never dream of. I like Damian, both jason and him compared to the golden ones like Tim and Dick, the way they struggled with their emotions as kids should be is simply adorable and I adore them.

The charming of red hood (partly damian) is that he made mistakes, he was eager to prove himself and he is struggling to get a better version of himself all the way along, jesus that’s just so human and I’d love to see such a human thing in a hero. He grew up from just a kid who can’t stop dreaming and paid his price, and yeah, I’m just addicted to watch more of this.

@clee17 Excellent post! You succinctly described what draws me to Red Hood and Damian stories.

I must say pre-amnesia Nightwing Dick Grayson has to be the best member of the bat family. He’s been a part of the family since the 40s and a hero in his own right. That must be taken into consideration. Though I enjoy Red Hood Jason Todd a lot Grayson will always be top of the list.

The biggest problem I have with “Heroes” is that they always do what’s right over what’s necessary…like…if Superman would have just ripped Luthor’s head years ago we wouldn’t be seeing the rise of Perpetua.

Honestly, if you look at it, it’s for the good of one over the lives of the many. People are just fodder while “Heroes” try again and again to allow the “Villain” redemption.

Jason Todd is willing to do what is necessary.

Jason Todd is willing to put a bullet in someone’s eye.

Jason Todd cares more about the lives of the many over the redemption of a single homicidal maniac.

I personally love Jason and his Red Hood persona. While he’s not my favorite I have absolutely grown to respect and even appreciate him from pre-crisis to his current status. Todd’s good in my book

Jason & Damian are my favorites. The others are too goody-goody. I like characters that are more interesting, less perfect, not necessarily always doing the right thing. They’re more like real people that way. More relatable. Not that there’s anything wrong with the rest of the Batfamily. (And frankly, if I were Batman choosing a Robin, it’d be Tim all the way.)