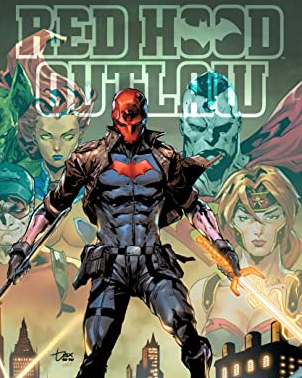 The Renegade Robins Club has reached the end of an era. We began in 1983 with Jason Todd’s first appearance, and we have now caught up with the most recent issue on the site–and the final issue of Scott Lobdell’s run on the character. Thank you for joining us in looking over this character’s literary history! Discuss these issues in the comments below!

Was this story a satisfying conclusion to Red Hood & the Outlaws?

The Jason Todd Club sessions have reached an end, but the @RenegadeRobinsClub lives! Continue to follow us as we join in the adventures of Damian Wayne! And next month, we will throw another Robin into the mix: Stephanie Brown!

Well, @RenegadeRobinsClub, we’re officially packing up the Red Hood and storing him away, but just remember that you can comment on any previous Jason Todd Club discussion whenever the mood strikes you. The links to every session can be found here.

Additionally, let your thoughts be heard each month as we continue to look at the tales of Damian Wayne. He’s been dead for a bit in our recent readings, but I suspect that with a story called Robin Rises, he won’t stay that way!

I just wanna know if we are ever gonna see him as the red hood again?

Well, he has been appearing in Batman: Urban Legends.

Well, he has been appearing in Batman: Urban Legends.

I need to read that I just haven’t been able to buy any comics since this whole Covid thing started.

He’s also making an appearance in a two-part backup story called “Countdown to Task Force Z”, which will happen in August’s Detective Comics.

Yep. I need to read those too.