This thread is supposed to serve as a guideline for those wishing to get into certain super-powered DC heroes who currently have an ongoing series. Feel free to submit certain characters runs in Rebirth and share your thoughts on them. It would also be helpful if the poster could distinguish between certain character titles (particularly characters like Batman/Superman who have multiple titles) and share which book they think is the strongest currently.

A separate thread will be made for recommended villain/anti-hero readings. 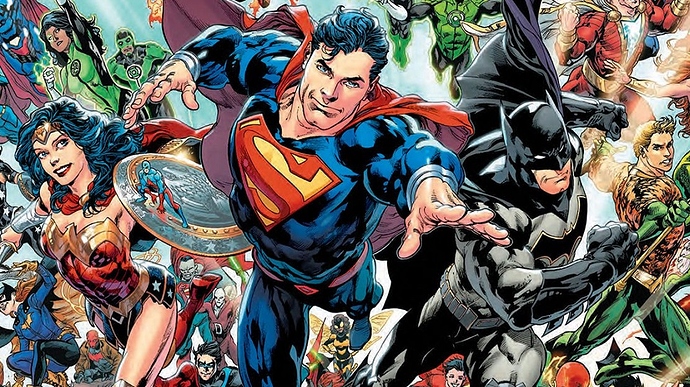 So I’m still behind on Rebirth, but I’ll start this off by answering my own question.

Green Arrow Rebirth: I would first off recommend Green Arrow Rebirth by Ben Percy. This title is too good. I went to Barnes & Noble so I could sample it a little bit and then buy it, but I ended up reading the whole thing in one sitting (the first volume that is). The story is super engaging and is a great way to understand Green Arrow from the comics. For people familiar with just the show version of the character, Comic GA is alot different. Anyway, I found myself super invested in this book, while many comic volumes can sometimes struggle to tell a good story, this one hits a home run to boot.

Titans Rebirth: Written by Dan Abnett, this is a great book for readers who are unfamiliar with the original titans team who are neither from the cartoon nor from the tv show. I really respected how this book never babies you by having an “explains-all” moment where they explain the relationship of all the characters. The book explains that gradually and subtly, sometimes using flashbacks aswell. Even though I’m not a novice DC reader, I really enjoyed this title and feel like it’s just as much for new readers as it is for long-time fans of this classic roster. Props aswell go to the villain choice. While I don’t want to spoil the villain for anyone, he fits the book really well and the presence of a sole villain saves the book from clutter.

Flash Rebirth: Written by Joshua Williamson, this story is one that immediately became a fan favorite (mainly by introducing a new fan favorite character). While I am admittedly more of a Wally West Flash fan (and not even much of a Flash fan at that) this story was very engaging. The new character is great, he really takes the Flash into a territory not explored previously which strengthens the overall plot. Flash is one of those characters I feel like can be difficult to challenge, but the villain in this book does it so well that his other rouges should really take note. I recommend this to anyone really. Even though all these Rebirth first volumes are meant to introduce the characters to new readers, I felt like this book didn’t do a very good job at explaining exactly who he is but it’s still good for new readers because it doesn’t cannon-ball into the Flash mythos like one might fear.

Note: I have read other stories and I’m also really behind on others. If I didn’t mention something, that doesn’t necessarily mean I don’t recommend it. I encourage other posters to share their opinions in this thread that expand on what I’ve said. I may make a thread for non-Recommended reading soon.