When I find the time to read comics I usually stick with Superman, Flash, Teen Titans, and Wonder Woman. After New 52 I really haven’t kept up with anything new and when I go to the comic section of DCU it is a bit intimidating. Whoever thought having too many comics to choose from could be a problem? At least, it is a good problem to have!

May you guys give me a suggestion or two on what to read next?

Why don’t you try NEW SUPER-MAN, from 2016? It’s the story of Kenan Kong, a teenager from Shanghai who becomes a test subject in China’s attempt to replicate Superman. One of the greatest books of Rebirth.

Hawkman in any order

Hawkman 2018
Explains all the versions
Reincarnates throughout time AND space

What is Your Top Favorite Batman Comic? Comic Books

Saw Huntress on your profile

This was New 52 right? If so, I have read and enjoyed this one.

If you haven’t read rebirth

Thanks everyone! I have many titles to choose from that have already been listed. You guys rock!

Your avatar rocks. Huntress (Bertinelli) is always in my top 2 favorite characters. Also, no problem hope u enjoy.

Yes!!! I have a Huntress trade paperback with her origin with the mob and I was hooked. 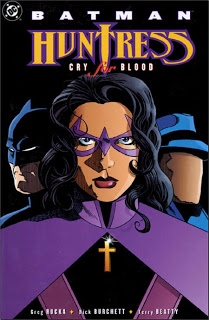 You have great taste. 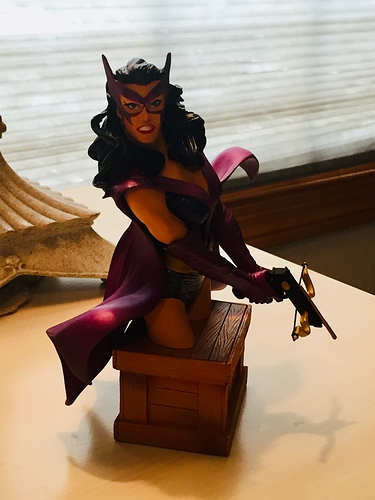 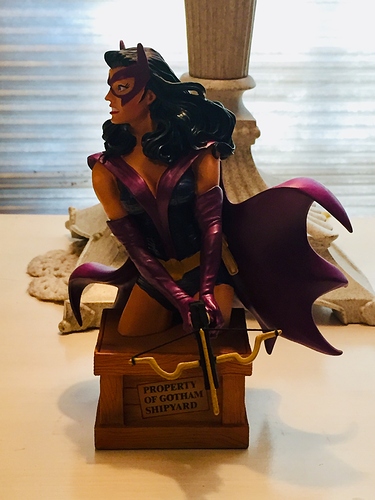 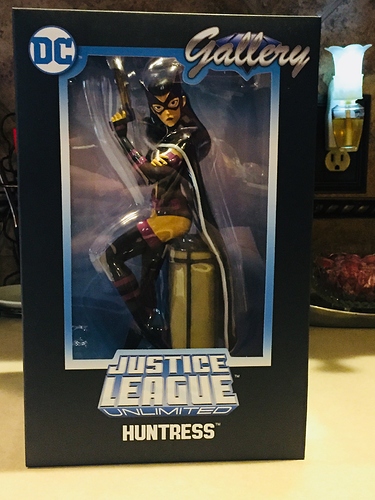 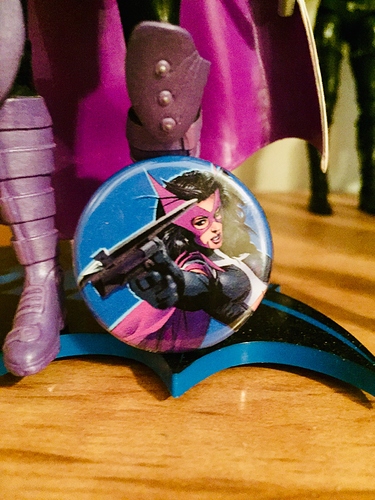 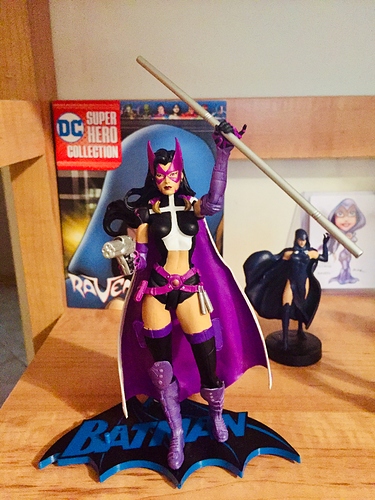 That is an amazing collection! I think I have an Emma Frost statue in storage but outside of that I never really got into collecting them. That Justice League Limited Huntress is pure perfection.

It was cheap price-wise & it’s honestly one of my favorite pieces. I have $200-$300 statues, Busts, Figures etc. That was like $20 no tax when I got it. The second I opened it, it became one of (if not) my favorite pieces. The cape is like a thick rubber. It’s detailed out so nice, I’m in love with it, lol. That comic u have is gorgeous. I love that read, but I could stare at that cover all day & smile. Colors are so vivid on it. Love how it’s purple & black. I always recommend that mini to anyone who asks for a great Huntress read. Plus, the Question & Richard Dragon are a huge bonus.

Check out the GOOD Vertigo titles.

You got that at a bargain!!! I am guessing a convention of sorts?

Y the Last Man was amazing!! Saga is pretty good but it doesn’t hit like Y. Hellblazer was also pretty good from what I have read. V for Vendetta was also great. Is the Animal Man that you have referenced here the one by Grant Morrison?

It was actually Amazon. I caught it at the perfect time when it was prime & the price dropped. Idk some of those are limited edition b/c they didn’t advertise it. Idk why u wouldn’t include that, it’s a big selling point. I got the Talia al ghul Femme Fatale, which is the same line. I went to put them on my shelves & the Talia was from STAS, it said #1,023/5,000 or whatever the # was? So I checked the Huntress femme fatales, which was already up & it’s a JLU (obviously, as it’s on the box) & it was limited edition out of 5,000 too.
This is the Talia from STAS. 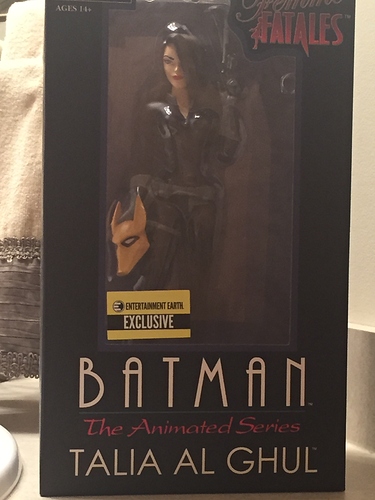 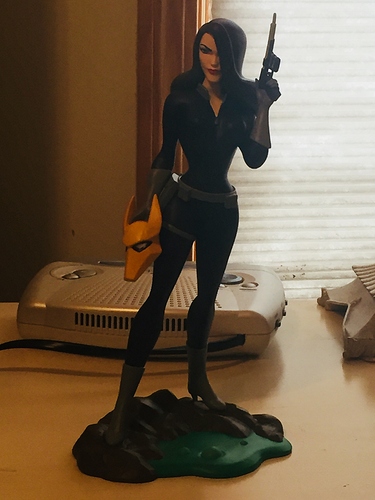 Talia looks great but I think Huntress beats it.

I remember when Amazon was tax free and they had sales like this that made no sense! I picked up a few Superman trades that were like $0.01 plus shipping. They were library books and beat up but I can still read them.

Yes, the Grant Morrison series. I’m not a fan of his work at all but I do love me some Animal Man.