Working my way through the first trade of Grant Morrison’s Invisibles right now. It’s much better than I thought it was going to be, but still very difficult to sift through. Not in a bad way or anything, it’s just very dense, and I want to make sure I’m getting as much out of it as I can. Anyway, this is a bit of a recommendation to those who haven’t read it and a thread to discuss it with those who have. 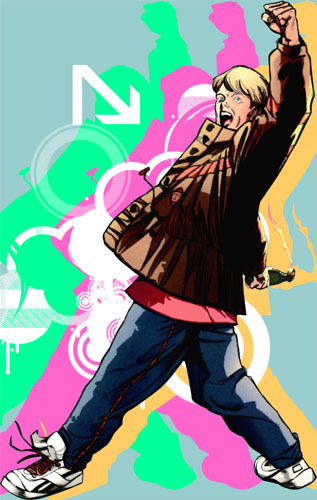 I’m working my way through Grant Morrison’s runs and that’s next on my list. His work has been some of the most prolific stuff I’ve ever read, and from what I’ve heard about The Invisibles, that should prove more of the same.

This is the story that Grant Morrison claims was given to him by aliens who abducted him, right? Although he admitted that was the drugs, right? I’m not going anywhere near this series. Sounds like Grant Morrison at his worst. And that’s coming from someone who thinks that he’s an objectively bad writer in the first place. Glad you’re enjoying though.

I’m finishing up the second run. Doesn’t get much tamer as it moves along. Outstanding covers. Strong pencils from Chris Weston. One could say this series takes you places!

@Awesome_Squid
Yeah it’s the alien one all right.

I’ve become a huge fan of his style, and I’m about to start working through the first trade of Invisibles. I’ll definitely check back here when I have some thoughts.

The Invisibles, the series that Morrison claimed The Matrix was a rip-off of.

I’ve read a few issues here and there. It’s interesting.

@Vroom
Wait, he actually said that?

The Matrix was created in Doctor Who.

@Batwing52
We share an unbreakable bond. That might be a bit much, but I’m always glad to meet others who enjoy Morrison.

Yes…yes i did participate in the ritual with the sigil.

Sorry for the paradox manefestations on your face King Mob/Grant.

The Invisible army marches on…

-The Hollow Man
Invisible College Circa 2019

Do yourself a favor.

When you read the scene where Jack and Fanny dance for the emperor on his porcelain throne, do yourself a favor and put in Rez Cowgirl by Underworld.

@McEddard
What’s your favorite GM comic? Mine’s All-Star Superman, but I haven’t read a lot of his Vertigo stuff (outside of Animal Man and Doom Patrol, natch)

Arkham Asylum, GM teamed up with Dave McKean to jump down the rabbit hole of gotham insanity.

It’s like Sophie’s choice, but I’m going to say Seven Soldiers of Victory.

@Batwing52 He did, in an issue of Wizard from sometime in 1999 after The Matrix had hit theaters.

However, I read about it in an issue of ToyFare magazine, which was published by the same company as Wizard.

I love his run of Animal Man. I barely even knew the character, but he made him one of my favorites. I haven’t caught up, but I also have really liked his new Green Lantern stuff, #1-#6.