How do you know Catwoman is evil? 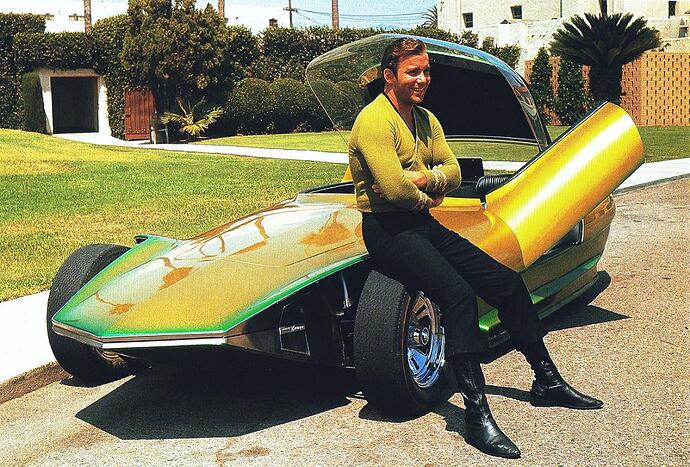 She stole Captain Kirk’s car and made it into the monstrosity below: 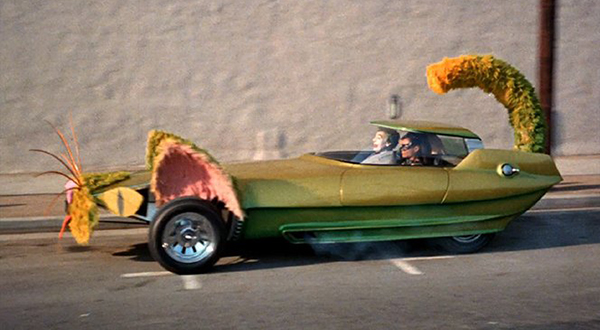 Batman nervously glances over at a photo of Debbie Reynolds 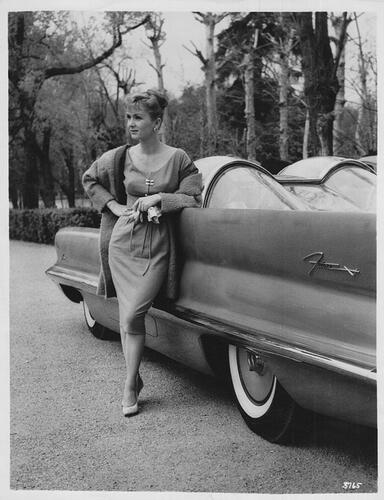 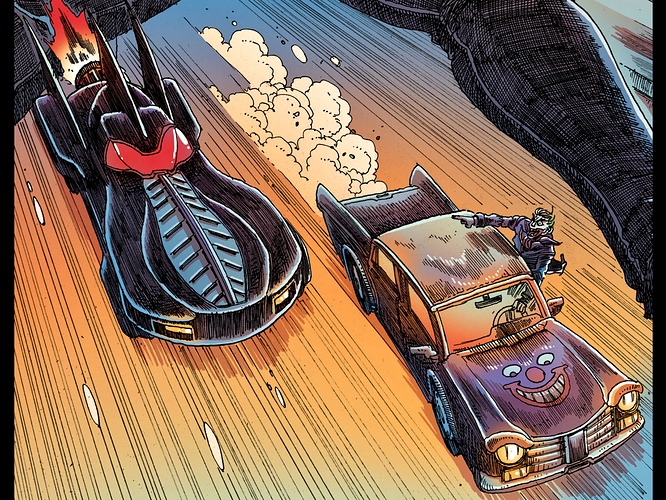 I know right? lol. Some good pups too…

I’m so torn! I love the back half, but the front half reads as a snake head to me.

Yep. Same deal here. 89’ mystique, but a King Cobra hood/neck on the hood? Like I just pulled up to high school in my R.E.O. Speedwagon t-shirt & hopped out of my TransAm Billy M style…

. I did go somewhere else for a second while typing that…

These scenes from Pennyworth S2 E10 were so Batmobile '66 in the way they were shot. The stills don’t do it justice. 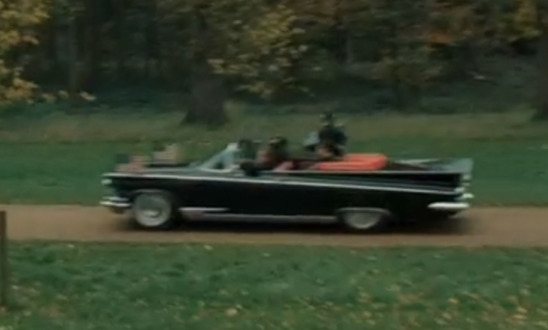 Below, Alfred and Dave-Boy have run to the car and seated themselves choreographed in the style of 60’s Adam West and Burt Ward. I half expected to hear Dave Boy call out, “Atomic Batteries to Power, Turbines to Speed”

Alfred: Roger, Ready to Move Out 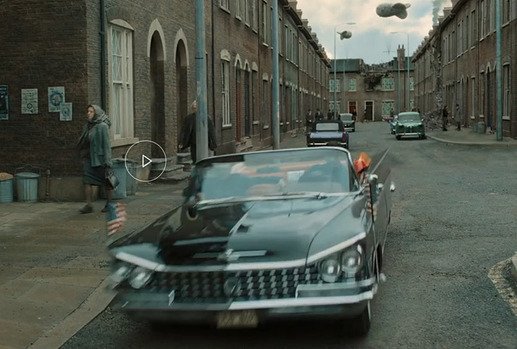 A roar of the big American V8 and they speed out to save Goth…ummm… London!

Green Lantern #156: closest I’ve ever came to a Batmobile. 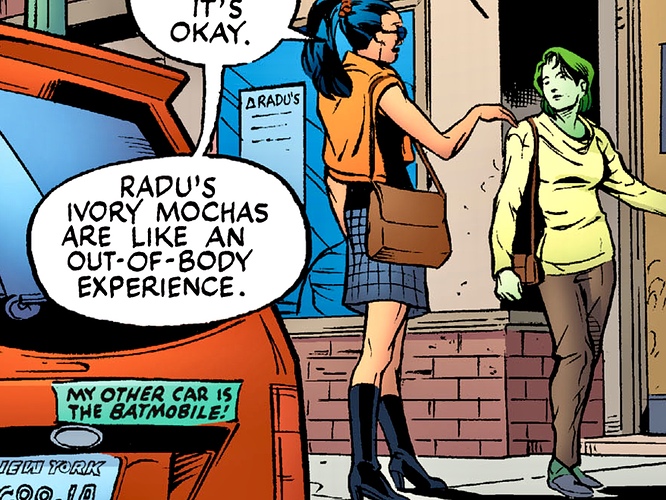 U heard it here 1st canon 🪄

From The Joker/Daffy Duck #1. Also… is the food cart guy a Super Mario reference?

Lastly, what is Pizza Fish? 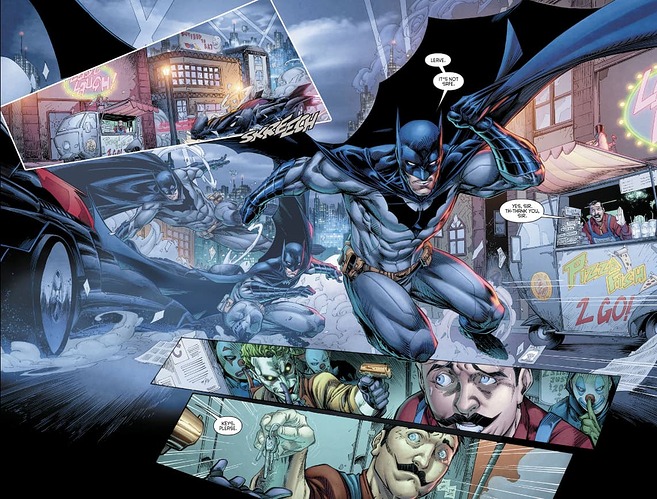 and was Batman showing off for Mario by dramatically jumping out of his car that way? interesting Batmobile! kinda looks like an RC car! thank you, Spotter Aztek!

I assume so! Why else would he do it in front of the only person on the street?

Also, his batmobile might be an RC controlled by Alfred!

And thank you! I shall keep my eyes open for more bat-inspired vehicles.