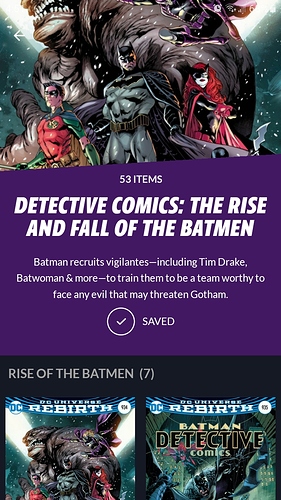 I just read Court of Owls. Good horror story. The real treat is I read Superman’s first appearance yesterday. He was really mean then, he was raised by the government, and his jumping range was merely 1/8th a mile.

So far I’m liking Justice a lot. Too early to judge after 4 issues but I may end up liking it more than Kingdom Come. I’m halfway through Doomsday Clock but I can’t really judge it either till I finish it.

I’ve been working on my Alphabet reading challenge. I recently read Omac and Kamandi for it. I was shocked how much I enjoyed them. I am trying to find my P comic book series currently. I tried to read issue one of “The Power of Atom” but did not get into it very much.

I’m in the middle of reading Batman: Death of the Family on DC Universe. But I just received my hardcover copies of the dark Knight returns: the golden child and curse of the white knight. Of course I still have yet to unwrap my copy of Batman: The definitive history of the dark Knight in comics, film, and beyond. I’m sure I will not get to all of those before my hard cover collected edition of Batman three jokers comes in December. Having DC universe and the influence of DC daily has really added a lot to my comic collection in the last two years.

How many issues do read to determine if you’ll continue on with a story?
For me it’s usually 3 issues in. 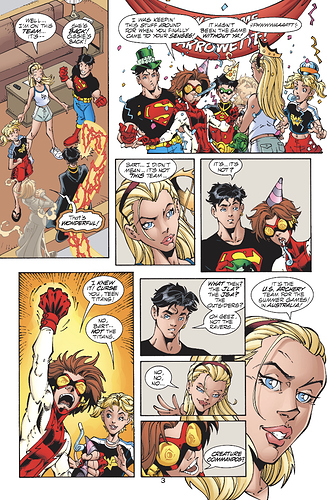 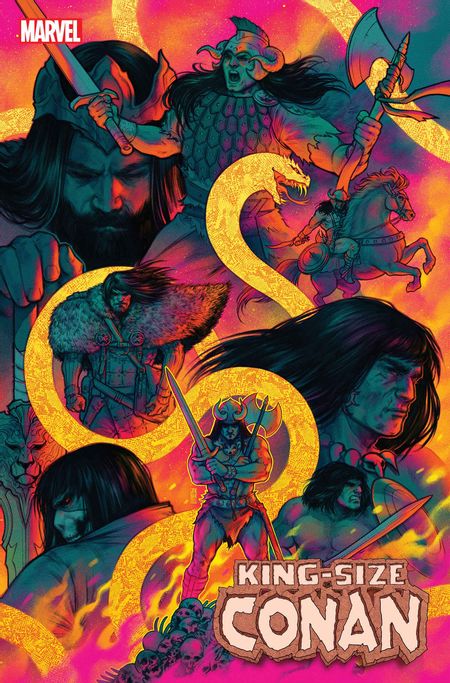 I have always meant to read this because of Cassie being in it. I have always liked both versions of Wonder Girl. Sounds like it is pretty good. Any other thoughts on it?

The amount of issues I try depends but is usually one. If the first issue is awful and shows no sign of potential then time to try another story. If I like the first issue I will probably finish it. I maintain that every issue should be good, since one bad issue is often all it takes for the reader to try something else. I work 40 hours a week, and do not have time to read something bad just because it might get better, when it could also get worse, stay the same, or better could still not be good.

If I decide to read something I’ll usually read all of it. I guess that’s easier with the 12 issue mini-series I mentioned above. On a regular run I usually stick to Batman and Flash and read just about everything but when I try others I’ll at least read till a story arc ends. Tough to say.

Yeah the court of owls I just read not too long ago, it was good

I usually stick to my favs. Flash being one of them, even if I’m not feeling the story, I’ll stick with it. Just recently I added some graphic novels to my pulls list. Stories that I wanted to get into bit didn’t.

The rise and fall of the batmen is really good!! Id recommend reading it! And yeah Cassandra Cain is a badass!! I jumped into detective comic-league of shadows story. So far so good! It still in the same series as the story I posted.

Just finished all 9 volumes of John Byrne’s Superman, via collected editions on Comixology. Was a fun ride

Just recently finished all of injustice 1 and 2. It’s a good story that I always thought be a good concept for dc with Superman going crazy and basically taking over the world so I thought that was an idea that cool. I did always wonder how it would be like if Superman took control of the earth and this story visualizes that.

I had started reading Injustice 1, but havent finished it.

Everything DCeased has blown me away. Especially Unkillables.

I also need to go back and read all the Black Label stuff I missed. Finally finished Harleen, which was amazing, and I’ve been DYING in-between issues of the Harley & Birds of Prey miniseries. It physically hurts going back to a Harley that can’t curse.

Just finished Doomsday Clock. I’m not going into details but I thought it was terrible. I knew from the first page it might have problems but I was hopeful. No. Couldn’t be more disappointed and the treatment of one of my favorite characters was garbage.