Very impressed by the show so far. One thing I really love is that it’s clearly pulling influences from all over the place. I saw echoes of Smallville in some places tonight, and I think a lot of the show’s visual language comes from Man of Steel (which makes me VERY happy). It really does seem like it’s taking the best ingredients from previous adaptations and making its own delicious meal!

Was it Ultraman? I though it was Injustice Superman. But it was too excited to actually look at the emblem on his chest.

So much happened in that episode and that last scene made me forget most of it. I’m really excited to see the history of that other Earth and what happened to Captain Luthor.

Also, go Lois. I was wondering how they were going to deal with her commuting to Metropolis everyday. But this works out so much better.

Wrong emblem for Ultraman, but I think they changed that. It is his killing style. They have Injustice games, so that makes Injustice Superman very meta in universe.

aHA, but I think that was actually Mortal Kombat VS DC Universe, not Injustice! 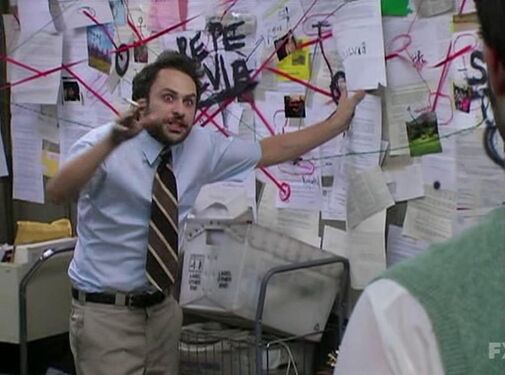 Another good episode! i think the subplot i’m following most closely is that Sarah’s boyfriend is a psycho, and so is her creepy dad.

Why is Sarah even with a guy like that?

Well, that was one hell of a reveal, we have our first ever good guy Lex Luthor, obviously not anymore because of what he went through in his Earth, but he must’ve been good before all this.

well my headcanon is that he reminds her of her psycho dad!

That surprised me too and I found out that it’s always been the case, not just in the show Smallville, but in the comics too, so I wonder why they changed it here.

Did anyone see the scenes that weren’t in the CW airing? It was very weird seeing that are supposed to be two scenes between the twins and the very important one where Clark finds out Lane does have a supply of Kryptonite respectively.

Then that’s dark. Man, this Smallville feels like freaking Gotham City, comics Gotham or the show Gotham, because Arrowverse Gotham is way too bright and hopeful.

Yes. I went back and watched the episode on the CW site. Telling Superman that he has all the kyptonite stored away and he never told him was a big moment. I don’t believe that was aired on CW.

Or evil man who fought other evil and claimed that made him good.

The Fortress now looks different from when we last saw it post-Crisis (maybe Clark has a different one?), the hologram of Krypton exploding only showed one pod leaving (maybe Jor-El didn’t know that Kara was also being sent to Earth and so his AI also didn’t?

I’d just chalk the Fortress up to a mix of Post-Crisis and everything involving Clark getting a glow-up due to the HBO Max budget.

As for Kara, I’m certain it’s just trying to focus on the main family right now. It would have been nice if she had at least a mention. With how Crisis has changed things, it makes me wonder just how much Kara has been involved in the Kents’ lives. I imagine she’d at least visit.

Got some great Lois content I think will satisfy people who wanted more of her in the premiere. “You do Superman stuff, I’ll do Lois Lane stuff.”

Doing her reporter thing and laying down the law as Mom in the house. So great !!

Agreed – during the pilot I figured “Okay, the big focus in this is Clark having to tell the kids about him being Superman, so it makes sense he gets a bit more focus,” so I’m glad they gave her a lot more of her own stuff and her own sort of story and characters around it.

As far as the relationship with Clark I do worry a bit if Jordan will snap at him a lot each episode.

I see a lot of people say that, but right now I’m seeing a lot of Jordan’s snapping being…if not valid, at least understandable from his point of view. Maybe it’s because I had my fair share of anxiety issues as a teen, but I can sympathize with both Jordan and Clark in these situations.

I hope so – so far these episodes have done a good job at not making anyone really two-dimensional or a clear good guy or bad guy. Everyone here is flawed, but have their merits. I’m sure the boyfriend will have a similar moment. Maybe he breaks his arm or something on the field, Jon gets on and does well and the guy thanks him for helping the team when he can’t? I dunno, something like that.

Maybe I’m crazy, but is it possible that Capt. Luthor is John Stewart?

I wouldn’t say crazy, but I think if we’re getting any sort of John Green Lantern in the CW-verse, it’s going to be Diggle, who is going to be on the show at some point in the near future. Plus we already know he’s a Luthor, so why would he change his name to Stewart?

So kinda like regular Lex but with different context to his motives and legitimately doing it for the sake of the world. Veryyy interesting.

Though to be clear, we don’t know if this is Lex Luthor. I think he’s only been called “Captain Luthor” so far.

Move over Wonder Twins, make way for the Super Twins!

But yeah, I think that’s probably how it’s going to work.

Wasn’t Lana always in on on Clark’s powers? Why is she out of the looop?

Seriously, I’m not sure if she isn’t in on it. The way she talked in the pilot about all the weird stuff that happened when Clark was there, makes me wonder if maybe they’re combining Lana with Pete Ross, who classically always knew Clark’s true nature but kept it secret even to Clark.

Yes. I went back and watched the episode on the CW site. Telling Superman that he has all the kyptonite stored away and he never told him was a big moment. I don’t believe that was aired on CW.

Or evil man who fought other evil and claimed that made him good.

Luthor coming in to kill an evil Superman like: 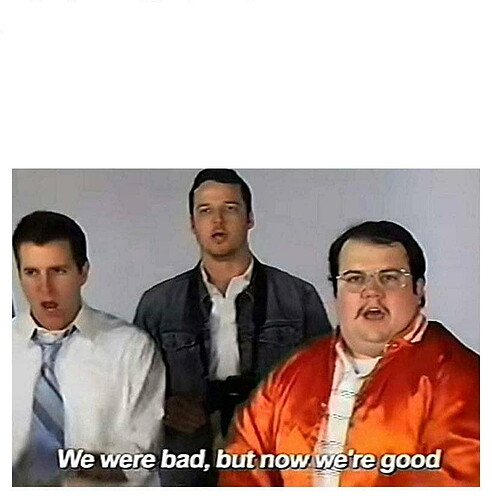 @Jay_Kay Great thread and response, Jay. And the picture at the bottom is still making me laugh out loud haha!

You mean they are like The WonderTwins? WonderTwins Powers Activate!
On another note, what if Captain Luthor finds out about SuperSon Twins. Will he insist on Killing them as well in case they have Potential to turn into Evil Superman?

Hello from the studio. Yes, this is me. I tracked Vox earlier, now letting bass and drums track. How’s everyone doing tonight? 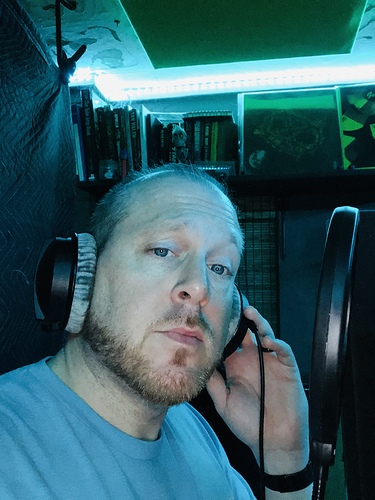 That actually makes sense from what we saw. Jordan has only been able to use his powers with Johnathon around.

Of course he will try to kill them. In the words of Icicle “Can’t leave a legacy.”

Superman still trying to dad and Supes. Great scene with Sam. And him and Lois too. The fights were great.

Lois seems like her story it set up. Her battle is edge while Clark is Luthor. Very Lois scene with the I quit. And seems she’ll have an apprentice of sorts.

The Kent boys were great. Like brothers they may bicker and fight but in the end they care for one another and that what I enjoy. Many shows always have brother at war but this show them unite and it’s great.

Lana helping and I think her husband isn’t bad. He just wants the best for his town and is just being fooled.

Doom Guy Luthor needs new tools and origin revealed. Is he from another word or an alternate timeline. With the black suit Supes too.

As for the SG stuff I think they don’t want to stuff connection so much I the first season as the did with BW whose first season was literally Crisis which can definitely turn viewers away with that. Also to see how it does before it’s get so much connection so if the show is canceled they won’t have another Ruby leaving situation hurting the continuity they set up.
For the fortress it could simple be like comics with art design crisis changes or even him having more than one.

What is Luthor planning? Will Sam join him? What with Jordan’s powers? Will Jon get any? What’s Superman’s next step to moving in? All this and more next time Same