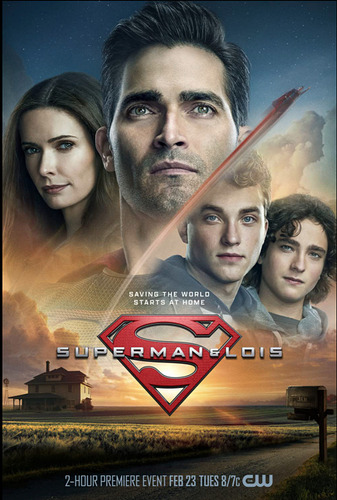 Synopsis: When adjusting to their new lives in Smallville, Lois and Clark make an important decision concerning one of their sons; tensions begin to rise between Lois and Morgan Edge; Lana Lang Cushing invites the Kent family over for a barbecue.

Are you watching Superman & Lois? Let us know your thoughts in the comments below!

Another solid episode overall, though the first Fortress scene has me continuing to question the show’s continuity in regards to Supergirl. The Fortress now looks different from when we last saw it post-Crisis (maybe Clark has a different one?), the hologram of Krypton exploding only showed one pod leaving (maybe Jor-El didn’t know that Kara was also being sent to Earth and so his AI also didn’t? Though you’d think that would’ve been updated after Kara arrived) and Jor-El’s line of “it is possible for us to further our Kryptonian heritage after all” seems to run counter to the fact that there’s already a 2nd full Kryptonian operating on earth (though maybe he just meant further it beyond the 2 of them). I’m trying to stay optimistic since we’re still only 2 episodes in, but I’m just desperately hoping for some sort of acknowledgement of Supergirl soon

And speaking of Supergirl, the Arrowverse Couch Club is holding a watch-along on Thursday night of the first two episodes of season 2 of Supergirl, during which Superman made his Arrowverse debut! If you’re interested in revisiting how far Clark has come in the years leading up to his own show, be sure to join us at 9 p.m. EST/6 p.m. PST!

[Supergirl and Superman] Welcome, Couch Club! With Superman now leading his own brand-new show alongside Lois Lane in Superman and Lois, this is a great time to travel back a few years and see just how far Tyler Hoechlin’s Clark Kent has come since debuting at the start of the second season of Supergirl.

This month at the #arrowverse-couch-club, we’re taking a look at the first two episodes of that season: “The Adventures of Supergirl ” and “The Last Children of Krypton,” where…

So much happened this episode my brain’s still processing.

Got some great Lois content I think will satisfy people who wanted more of her in the premiere. “You do Superman stuff, I’ll do Lois Lane stuff.”

Doing her reporter thing and laying down the law as Mom in the house. So great !!

I figured Lex might’ve been good from an Earth with Evil Superman (that 1 week between episodes gave a lot of time to theorize). But I didn’t expect to have that revealed this episode and even see flashbacks to his Earth OR that Sam Lane from the other Earth’s connected to Lex. VERY Interesting to see where that goes.

The action scenes once again AWESOME!

The bond between Jordan and Jonathan is so great. As far as the relationship with Clark I do worry a bit if Jordan will snap at him a lot each episode. I could see that turning off people if it happens so much through the season.

Is it me, or does this show kick-ass so far? I’m loving it. Superman in the black suit using heat vision? That sold me!

Yeah I think it meant towards offsprings since they don’t really know what would happen if Kryptonians and Earthlings had babies. Whether Kyptonian genes would dilute or carry over the capabilities to harness power from the Sun. Kinda like Saiyan bloodline in DBZ. If they ended up being normal offspring no different than Humans then the Saiyan race might be considered extinct at that point or something.

A fantastic episode! We got more of Clark with the boys, we got a trip to the Fortress, we got to see Morgan Edge, Lois being a take charge mother and reporter and we got a little more on “The Stranger”. It’s sort of what I figured, but with a nice reference to a subplot from New Krypton thrown into the mix.

You often worry the second episode of a show you’re hyped for won’t be as good as the pilot, because usually they spend all their time and money on the pilot and the next couple of episodes suffer…not the case, here. Everything I loved from last week carried over into this week. Not every week is gonna be a winner but I’m hoping they can keep this up as long as they can.

Maybe I’m crazy, but is it possible that Capt. Luthor is John Stewart?

Although… Lex was willing to throw his ship with a bomb into the city. So maybe he’s just a survivor willing to take chances on the lives of innocence if it means surviving his battle for a chance at defeating Superman later on. So kinda like regular Lex but with different context to his motives and legitimately doing it for the sake of the world. Veryyy interesting.

I enjoyed the episode. There’s no way Jor-El is right about Jordan! That wouldn’t make a for interesting character plot. I honestly hope both kids get powers. I really like the show and I’m only 2 episodes in! It’s the highlight of my week so far. I look forward to every episode and I hope I can continue to do so!

You mean, there’s no way Robert The Bruce is right about Jordan.

That’s who that is?! Dang he got old.

I haven’t discovered a way to stop the aging process. I just continue to exercise every day and keep as fit as possible. Ha!

The guys at McFly Media on their podcast pertaining to S1 Ep2 of Superman & Lois, just came up with what I think could be the most interesting theory, regarding Jordan and Jonathan. Jordan had his ocular release of heat vision. But when he went to The Fortress, Jor-El said that he did not have the powers that Kal-El has. You can see on Kal’s face that he doesn’t understand it, and doesn’t believe it. So, what if Jordan’s powers are tied to Jonathan? And what if Jonathan has powers like Jordan, but just hasn’t discovered them yet? And what if Jordan’s power is drawn from Jonathan, only when they’re in close proximity of each other, and not when they are MILES apart? See Party scene and Barn scene in S1 Ep1. That is a VERY interesting theory. Hey, Clark, bring both kids to The Fortress and LET’S DO THIS! 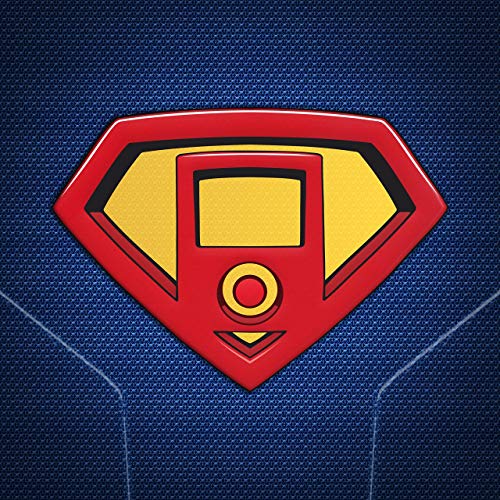 How about Lois telling the Daily Planet, PEACE OUT, I quit! Watching the elevator doors close. That was a HOLY S*** moment for me!

This is something that hit me during the episode.

And a part of me is convinced Jordan has powers, as well. He might end up with speed and also strength.

While I was initially hesitant about having two sons on this show I love that 1) We have no clue where this is going and 2) That they act like brothers who may annoy each other but at the end of the day they care for one another.

It would’ve been sooo easy to make Jordan the angsty one and for Jonathan to be the jerk jock. That could’ve been their characters through the whole show, but we see they have layers to them. 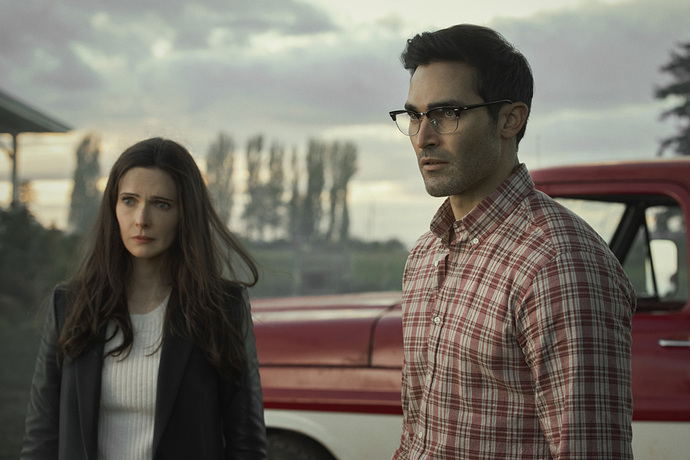 Superman & Lois Season 2 is happening as The CW has renewed the show for a second season.

That was Ultraman scene was awesome! More, more, more Ultraman!

Wasn’t Lana always in on Clark’s powers? Why is she out of the loop?