Synopsis: Gambi supports Black Lightning as he departs on a special mission. Meanwhile, Grace tries to persuade Anissa to let her guard down.

Season 4 episodes of Black Lightning will air on the CW on Mondays at 9 pm. and will be available to stream for free on The CW App and CW.com the morning after they air on television.

I do hope at some point Virgil Hawkins will make an appearance in this show.

I do hope at some point Virgil Hawkins will make an appearance in this show.

With his upcoming HBOmax movie, unfortunately I doubt it.

Let me just say…WOW. I don’t usually get my mind blown by stuff but

I have spent this whole Season wondering how China was gonna leave the show. I was under the impression that she was gonna disappear for the next few episodes then go off on her own adventures. But I should have known something when the Director announced that Lightning would be a part of the spinoff. I was thinking (That would be odd considering China said she is LEAVING HOLLYWOOD).

I don’t know why it never crossed my mind that she would be recast!!!

they said that the reason that there haven’t been any previews is because the ending to this episode could have potentially been spoiled. Something to think about.

I can’t quite wrap my head around that logic. All the marketing team would have to do is just not use a couple minutes of footage and they’d be fine. There are plenty of ways to make 15-second teasers w/out actually revealing much of anything. And if they were really trying to avoid spoiling that scene, why not at least start dropping the episode promos now? This just continues to be an unbelievably frustrating situation, and even though the Painkiller backdoor pilot is just weeks away, I honestly won’t be that surprised if they don’t even promote that as well

With his upcoming HBOmax movie, unfortunately I doubt it.

Has that actual been confirmed?

Yes! It was announced during DC Fandome and has Michael B Jordan as a producer!!! 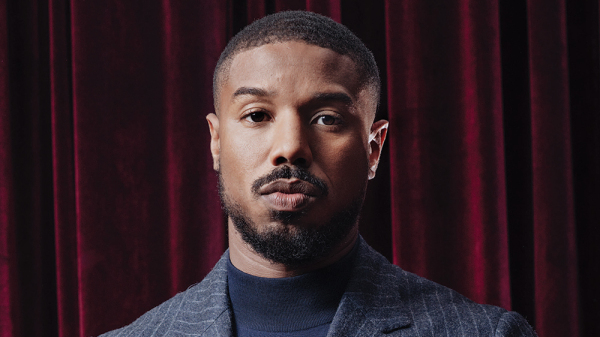 Michael B. Jordan will produce “Static Shock,” a movie adaptation of the comic book, unveiled by Reginald Hudlin during August’s DC FanDome. Jordan revealed on Friday that he will…

It was good to see Black Lightning in costume again!

Finally! Although Lynn is still getting on my nerves. She just can’t help herself.

A fair point. There has to be a reason.

Was that Jennifer at the end, only younger ?

I don’t think it was her younger (but could be) just a new face. Recast as the actress left. Probably could be explained as the particles built back wrong.

Just saw it was crazy.

The opening was great. Suiting the family together now the shows moving. And a nice flash connection shout out.

Jeff and Lynn always fighting. But looks like now they’re finally trying to get things good this time. Jeff suiting up great to see.

Lala lost the gang. Wonder who the assassin will be.

The second cop in command getting doubt. And the chief getting a big head. Not a good look.

The Gambi and TC moments always great. And him Jeff story convo was great too.

Anisa and Grace talking things out instead of anger and fights. Good for them.

Tobias still scheming. Like how he got mad at the wall through from Gotham Zsasz. People alway throwing stuff at a wall for no reason.

And the elephant in the room. The Lightning recast. Didn’t see that coming. Definitely if the Painkiller shows a go she’ll probably be more likely to appear with the recast instead of a kill off in a final season.

Is Jen a new face or dragged or what? What Tobias going to do? How will the Pierce family respond? All this and more same

Well, I thoroughly enjoyed “The Book of Ruin: Chapter Two: Theseus’s Ship.” It was interesting seeing Jen cope with her new body and then the news about Tobias running for mayor. Of course, the episode was kind of difficult for me too. I had some trouble watching the sequence of what would have happened had Black Lightning had not shown up to stop the cops with the no-knock warrant. Anyway, every episode this season is making me wish that this was not the last season!

Odd no discussion thread for episode 6.

Jen reaction was o the new look was nice instead of acting like nothing happened. Also adds a nice lesson of you are you no matter what. Interesting beta suit. Nice moments with the sister and mom also a sweet moment with Jeff at the end.

Jeff continue the fight. Finally BL again. A little to far with fighting for Lynn to stop and then turns after. Can see that becoming trouble. And now Whale is running for mayor. Interesting. Will Jeff oppose him?

Gambi still undercover but is he getting to deep but who knows what he has under his sleeve. So she notice the camera in the board.

Now Thunder and Wylde on to honeymoon to as seen by the trailer (first one for this season sadly) they’ll bump into Painkiller. Nice.

Also LaLa caught by Ishmael which was a pretty awesome™

Why does this show have to end.

Will LaLa escape? How will the Pierce’s deal with Ishmael? Will Lynn meat boost? What Tobias’s ultimate goal?
All this and more Same

Also the time what could happen seen was a great message just off in the episode. But still a great message. Also really showed the importance of heroes which was cool.

What happened to LaLa was brutal. To be brought back to life only to die over and over again

Definitely brutal.
But when Destiny displayed him like that I could help thinking Solo.

Han Solo came to my mind as well!