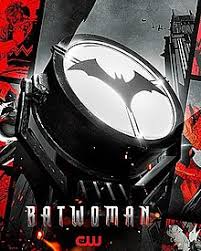 Watch Batwoman on the CW tonight at 5pm PST/8pm EST!

Synopsis: Batwoman is approached by Cmr. Kane and Agent Moore to boost an infamous work of art that reveals the way to Coryana - and Kate; Alice discovers that she may not remember everything about her time on Coryona.

Miss it on air? Watch BATWOMAN on the CW app!

Could Ocean be the one that redeems Alice? The way she was with him was like nothing we’ve seen before, she reminded me of Beth, even the way Rachel spoke as Alice this episode was softer in a way.

Ok, I know it’s not supposed to be funny but is Ryan’s arm gonna rot off before she sees a doctor?

Look at Lex Luthor in the comics.

I kind of wish they would’ve saved the whole “Kate may still be alive” thing for either the mid-season or next season. I like Ryan as Batwoman, but it seems like the focus on the season is more about her helping to find/save Kate than her as her own character and story. Her first couple of episodes were fantastic because she was finding her way as a hero and she had her own reasons to go after Alice. But once they mentioned Kate may still alive, the show has shifted to that.

It’s what I call the Rose Tyler problem. If you watched Doctor Who, you know what I’m talking about. Even when she was gone, it’s like they couldn’t let Rose go. I think Ryan will stick around in the Batcave longer than Martha Jones did in the TARDIS (which is a shame cause I liked Martha) but they could’ve at least given it a few more episodes before diving into the whole Kate storyline.

Also, Ryan…see someone about that wound! Seriously! We want you back for another season!

Wolf Spider. Seems to based of balck spider in a way. And more stuff with Kate’s past. Probably planed but switch with the new casting.

Ryan nice outing as batgirl. Now we know why she’s jailed. A nice moment with her an Luke. But then she thinks she knows everything with the crow thing. There are bad cops doesn’t alway mean shut it down it to change. And thinking she know everything when she just started. The suit may be getting to her. And the kryptonite wound something’s happening

Alice getting some new backstory. Wonder if this is her redemption in a way like in comics.

And the ex is she apart of the false face society. Also the Joker painting. Kind of cool.

What will the kryptonite wound do? Why do Alice and Ocean want the map? Why did joker paint the map? How will the crows relationship be? All this and more. Same Bat Time Same Bat Channel.