I realize that this is a hot issue, and I have no idea what kind of a reaction I should be expecting from a site like this. But we have reached a point where curiosity is getting the best of me. If you are up to date with everything regarding actor Ray Fisher and DC Films Studio and Walter Hamada & so on, what are your thoughts?

I do have specific thoughts. But I want to hold them back for just a little bit and see what your general thoughts are first before diving in. NOTE: I haven’t seen issues regarding this, but it is good to remember to keep a discussion like this civil

I dunno man, at this point I kind of find all parties a little sus.

On one hand, WB has clearly done some shady stuff, from the initial press leading to Joss Whedon taking over Justice League, to them making up a Frosty the Snowman movie to try to cover their actions, not to mention Gal Gadot hinting at her own problems she had while shooting the movie.

On the other hand, Fisher has been rather erratic and vague about his claims.

At this point, barring any further, concrete evidence. I think the truth is somewhere in the middle. I have no doubt that the reshoots of Justice League were a bad, miserable time for everyone involved, especially Ray, who had put so much effort and his own personal touch in Snyder’s original cut. However, it appears that whatever claims Ray has, it’s not enough to really get big execs like Hamada and Johns in hot water.

Pretty much exact same thoughts. I do feel like it’s time to move on as the Warner Media investigation concluded and they delivered ‘remedial action’ whatever that means.

Side note: I kinda imagine in my head Ezra Miller’s facial expression while standing in the corner of the room trying to not be noticed while the Ray and Amber Heard controversies ensued lol 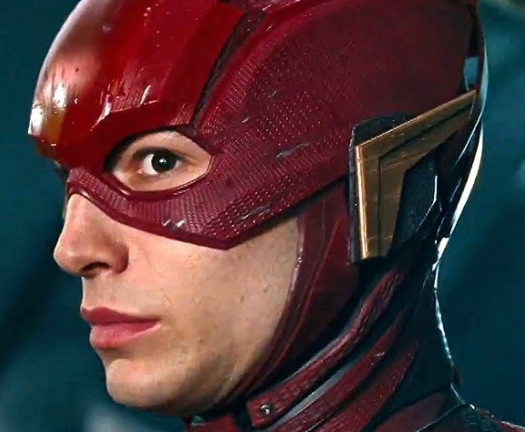 or like Drax trying to be invisible in Avengers

Okay. Fire Fisher. He is a lying diva thinking the world should bow before him. He intentionally told everything to a reporter who never fact checks. He keeps shifting and is now blaming people who were hardly even around in 2017.

I feel like one of the problems here that has divided a bunch of people is the legal rules and process of how something like this works. As the public, we are only allowed to know what has happened from a vague viewpoint without a whole lot of specifics. All of that has to keep hidden from us because we aren’t officially a part of this investigation or legal matter. But it does seem that no matter what, Ray Fisher has doubled down on his standing. So unless I see something truly damming against him, I am more likely to believe his side

Like that he has still not given a piece of evidence, constantly lied about Johns being fired, and made racism accusations that are based on having no idea how editing works?

@EDT @MatthewHecht
You two make some interesting points. While true as the public we don’t have insight into specifics on the situation but a 3rd Party Investigation was conducted.

As I understand Ray didn’t trust working with investigators on behalf of WB who initially came to him to work all this out. He trusted Warner Media so Warner Media hired an investigation firm to work on this case and so we got ‘remedial action taken’.

The investigation is closure imo since while we don’t know the specifics they do and as conclusion there wasn’t enough there to merit Hamada or Johns losing their jobs.

At this point doubling down doesn’t really help Ray’s case imo unless we get some damning evidence leaked similar to what happened with the Amber Heard tapes atleast with that the public’s viewpoint was that justice wasn’t served at the conclusion of that court case when it ruled in her favor.

or like Drax trying to be invisible in Avengers

Hello Drax, I see you.

In my honest opinion I think Geoff Johns is a good man, I find all these stuff unbelievable. I’m sorry that Mr. Fisher had problems, I think he’s looking for a problems that aren’t even there.

at this point I don’t even know what people are saying, but kinda feel like having the snyder cut may have accidentally opened up old wounds or at least made news outlets interested again

I don’t know if Ray signed a NDA or not, but him being vague about the things that happened lead me to believe that something happened. Gal won’t go into details about what happened between her and Whedon either, just that as soon as it happened, she went up the chain and got it fixed. Now, Gal has much more pull than Ray…

I still think some seriously shady things went down when Snyder was removed from Justice League (yes, I think he was removed, and that they used the death of his daughter as a way out as far as media perception goes).

Geoff has had his hands in all the movies so far and I think they see the potential Kevin Feige in him. I believe they look at him being way more valuable than a John Berg or a Joss Whedon, and probably have big plans for him in the future, which is why Hamada got involved to try to appease Fisher.

Unfortunately for Hamada, Fisher wants more than being appeased, he wants Justice (sorry for the poor pun). I tend to side with Ray on this one…

I hate that Ray is no longer Cyborg. It tears at the underpinning of this shared universe they are trying to deliver. I think if the Snyder Cut is overwhelmingly successful, Ray will win in the end, and probably be brought back…

DC- We did an independent investiagion. Fisher refused to answer questions.

Fisher- Johns has been fired.

Fisher- I hate Walter Hamada (in charge of DC films). I refuse to work with them. I quit.

Fisher- I did not quit. I was fired.

Fisher- I was fired.

“winning” for Fisher requires DC gutting their creative team. AT and T is not doing that for someone who keeps publicly attacking them instead of using the proper channels.

I look up news on “Starigrl” all the time, so I find these reports all the time. I guess the battle between Star and Cyborg they built up in Justice League of America (2013) is finally happenning.

As an outsider looking in, I don’t know what happened and I am not able to judge. I know it’s extremely frustrating and exhausting having to fight battles in getting workplace issues addressed. Several cast members have alleged that there was misconduct. I don’t think somebody would risk their career and livelihood and public image to continue fighting against a gigantic corporation unless there’s a good reason. I think some of the complaint has to do with not only the conduct which we have no details about, but the tendency of these studios to sweep everything under the rug instead of bringing issues to light. It would be nice if this inspired some transparency.

He did not view it as risking his career. He only said anything when the Snyder Cut was announced. He viewed attacking Whedon (still his most frequent target) would create positive buzz for Snyder. Instead it has turned into an attack on almost all of DC.

When it comes to Whedon, I actually am able to completely believe the accusations. Keep in mind, Whedon did show a similar inappropriate behavior when working on Buffy and he did have some comparatively minor clashing with Marvel Studios over the direction of Age of Ultron. That plus the few pages of script from his proposed Wonder Woman movie from like a decade ago makes these accusations completely believable in my opinion

With Geoff, thats harder. I enjoy a lot of his writing. At this point, it is possible the accusations are true. But I do need some hard proof. And I do think actors like Ray sign some sort of legal document when working on any movie that prevents them from diverging certain working details. And I am not sure if that is the case or if there some other reason why we the public don’t know more. But again, while possible I still need proof

Having said that, my believability about the Geoff accusations is separate from the Walter accusations. We know WB has done shady stuff like just announce all of their 2021 theater & streaming same day release plan without talking to ANY of the directors before announcing it. And keep in mind that Harvey Wienstein’s inappropriate behavior was an open secret for years before finally facing some sort of consequence. Hollywood does have a cover up problem that can run deep

the things is from what i heard fisher isn’t the only one against Whedon which makes it a lot more believable, honestly I’m suspicious of all parties and curious as to what will be said after the Snyder cut is relased