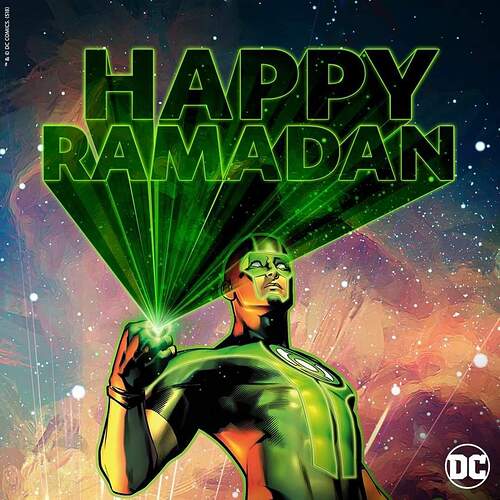 We here at DC want to take a special moment to give a shoutout to all of the Muslims in the multiverse! Did you know that popular characters like Simon Baz, Halo, and Khalid Nassour as Doctor Fate are honoring Ramadan right now?

To give a little backstory about what Ramadan is, Muslims celebrate the month that their Holy Book, The Quran, was revealed to the Prophet Muhammad (peace be upon him), by fasting for 30 days from

Muslims aim to use this holy month as a means to steel their souls and resolve, to reflect and contemplate on their time on this plane of existence, and understand the plight of the less fortunate. In its essence, Ramadan is all about worship, meditation, thankfulness, mindfulness, and more. Think of it as a way for Muslims to charge their spiritual lantern batteries until the next Ramadan! Sounds pretty awesome, don’t ya think? 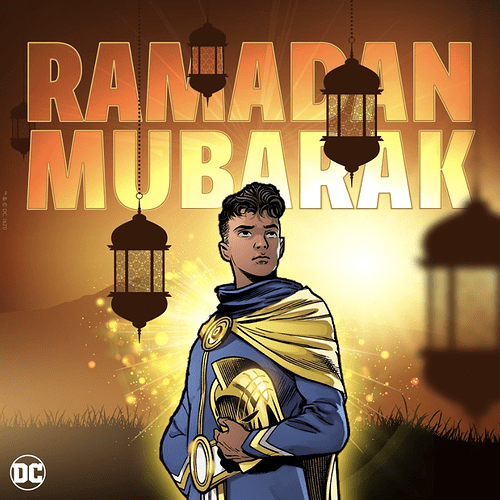 This year for Ramadan, we’d love to hear about your traditions, heroic deeds, inner wisdoms, and anything else you’d like to share that powers your spiritual lantern battery, or some of your favorite Muslim characters and stories within the DC Universe.

And, if you’re celebrating Ramadan as well, we’d love to hear what you will be eating in the morning and at night (delicious recipes are welcome)!

From the DC Family to yours, Ramadan Mubarak, and may peace and blessings be upon you all!

Ramadan Mubarak. Thank you for very eloquently describing what the month is about

Hmmm… before sunrise, we’re looking at a light meal. Usually involves yogurt & lots of water. At sundown? Wherever the cravings take us… last night it was fried chicken, pizza the night before that, pasta the night before. It’s the middle eastern deserts that really shine (and keep from losing weight) during Ramadan though, in all their doughy creamy cheesy warm goodness. Some examples: 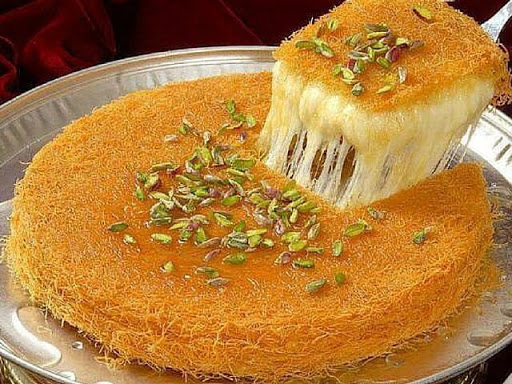 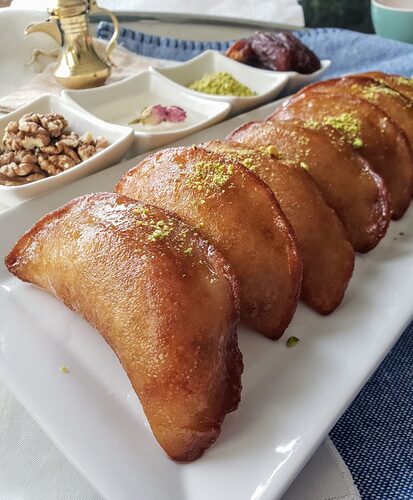 Shouldn’t have done that while fasting. Way too early to be doing that

Regarding Muslim characters in DC, I knew about Simon & Khalid, but haven’t really read enough stories that feature either character to really connect with ‘em. Hopefully in the future.

Quick correction — Gabrielle Dau, the human host of Halo, was Muslim before she died, but Halo herself is not. The hijab she wears is part of her identity but she doesn’t practice the faith. This is discussed in YJ season 3.

For a great series which reckons with how to keep the Muslim faith in a world of many gods like the DCU, I highly recommend the 2015 Doctor Fate comic, starring Khalid.

Shouldn’t have done that while fasting. Way too early to be doing that

Ramadan Mubarak, friend! Lol yes the kanafeh is making me hungry as well

. I totally forgot I would be looking at all of these food pics while fasting

Quick correction — Gabrielle Dau, the human host of Halo, was Muslim before she died, but Halo herself is not.

Oh wow, thank you for that distinction! That is very interesting…

For a great series which reckons with how to keep the Muslim faith in a world of many gods like the DCU, I highly recommend the 2015 Doctor Fate series, starring Khalid.

I’ll definitely check this out, thanks for the suggestion!

Okay, now I’m hungry. Please tell us what these tempting treats are called so we can order them or find a recipe!

Ok, the first one is called “kunafa” or “kanafeh” as @LastSon0fMars spelled it (different Arabic dialects = different spellings). The second one is called “atayef” or maybe “qatayef”.

Here’s links to recipes of both pictures I posted. 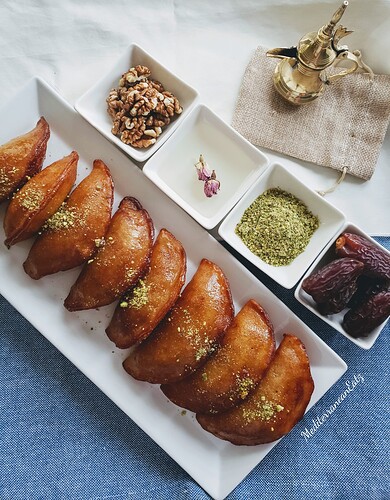 Tried grocery shopping while fasting? Not easy on the wallet!

Omg I have to physically stop myself from trying to pick up everything when I’m fasting lol… like nooo eating everything isn’t the point, LS0M!

Here’s an article I wrote for Ramadan last year, profiling 10 great Muslim heroes… (and I saved the best one for last)

I didn’t know you were the one who wrote that! That was my go to source of information, so thanks

It’s an honor meeting the person who wrote that haha and thank you for keeping up the representation for this beautiful Holiday and Religion. 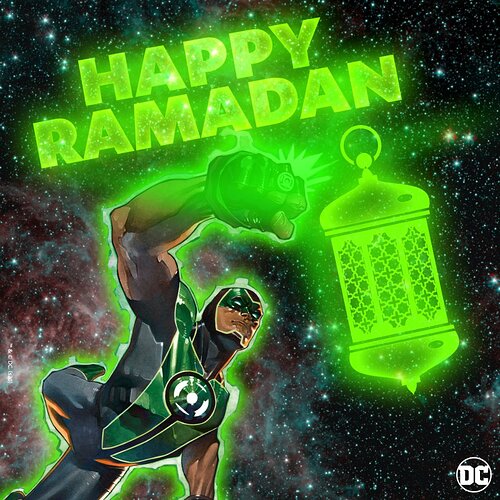 I read a few comics with Simon but none with the other two mentioned. Although from past readings I have generally liked it when a Superhero had religious motivations like Specter, Azrael, and Supergirl Linda Danvers.

I’m so glad this thread exists

Tell me about it @THE_OneAndOnly_Official_Batman

Eid Mubarak to everyone!

Happy Eid. For those that have been fasting, don’t overstuff yourselves