Quickly Falling in Love With These 3″ Figures

I was skeptical when I first saw these at Walmart but after getting a Batman and Nightwing I’ve become pretty enamored with them. 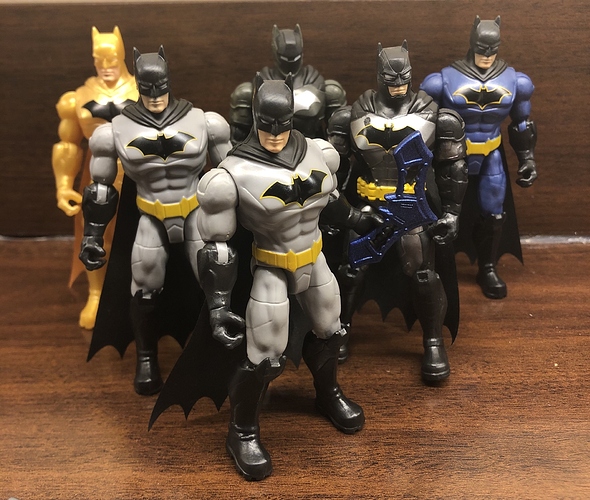 Toy Fair starts this Saturday, the 22nd, so hopefully they’ll have all manner of DC goodness on display.

Those are really cool figures, @Hinesypoo! I can understand why you love them so much. I especially love the blue model on the far right. That’s a striking color scheme. Thank you for sharing!

These are pretty cool, love the variety they are offering…and the batmobile from spin master is calling my name! Really excited to see what toy fair reveals this year!

I love them so far! They have a lot of joints and articulation.

I’ve gone back and forth on the Batmobile but I’ve got the Batcycle and it’s pretty awesome.

Yeah, they really surprised me with how articulated they are

I saw these at Walmart and I really enjoy the line so far. I like that in wave one they had a Killer Croc and a pretty nice Clayface. 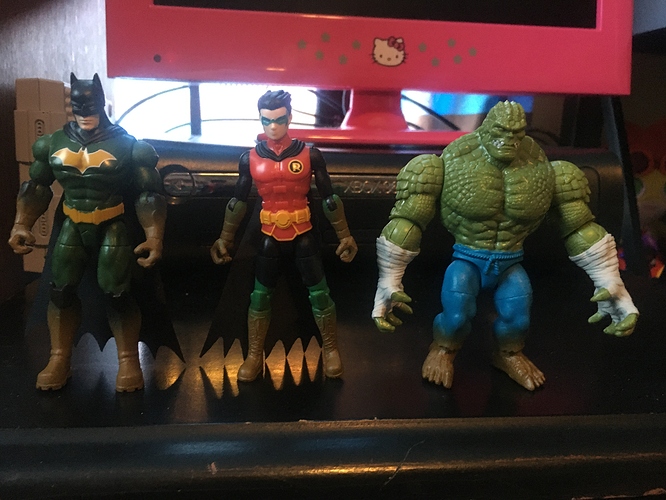 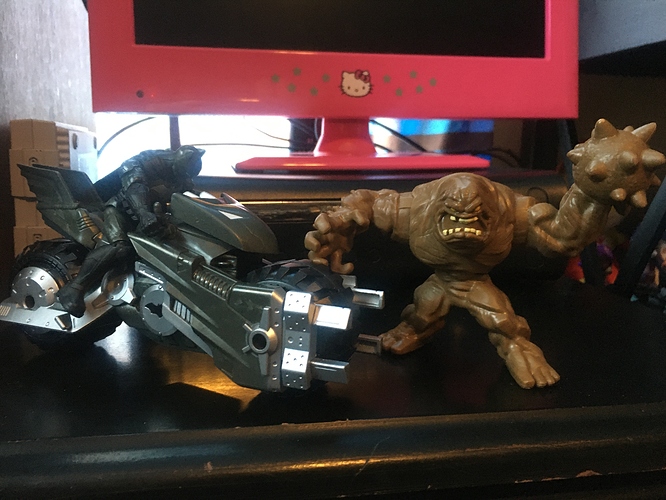 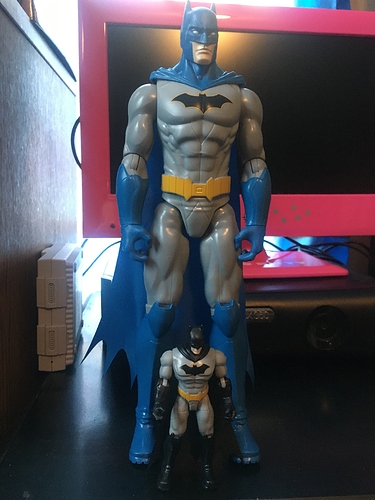 I did not know there was a batcycle - that things looks awesome. I have a desk job where I sit for 7+ hours, so I typically have a hot wheels (batmobile of course) on my desk that I roll back and forth to keep from going stir crazy… but a batman on a batcycle of this scale sounds like the way to go!

I haven’t gotten the bigger figures yet, I was waiting until I spot the blue one but they look awesome

Same here, I work midnights so I always keep a Hot Wheel or something to keep me busy and awake

There’s also an accompanying line to this one (which is called Batman: The Caped Crusader for those wondering) that features non-Batman characters. This line is entitled DC Heroes Unite, also made by Spin Master and also badass.

Oh sweet, I haven’t seen those. I’ll have to look around

Check Target for the DC Heroes Unite line. Some Walmarts allegedly carry it (and it was Walmart where the 4" scale line was reported to be initially found in January), but I’ve only ever seen it at Target.

Walmart may up their support for the line at a later point (they had a history of supporting a variety of Mattel’s DC lines after they had been at Target and Toys R Us for a good amount of time), but Target is the #1 place for Heroes Unite right now.

Good to know! Thanks!

Welcome to the community, @scuz_922.97821! Wow wow wow, these are super cool! I especially love that tall blue and gray Batman. What line is that one from?

That blue and grey Batman is from the 12 inch Spin Master line. They make a black and grey rebirth Batman, but for me it is just too similar to the Mattel Batman Missions 12 inch figure.

You got theses at Walmart?!? jumps on car and speeds off